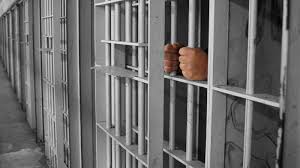 It was a bright and shiny morning and as per my routine, I was jogging in the park near my house. All of a sudden, I heard the sound of some people fighting which was coming from the badminton court. I ran there to see what the matter was and I came to know about the conflict two men had for a point in the game. There were many people at the spot but none of them was willing to stop the fight rather they were having fun and cheering one or the other. I decided to take a stand and stop the fight. So, I went in the midst of both of them to stop them and I pushed both of them with my hands to stop their physical engagement. One of them fell on the grass but the other one accidentally got hit on a sharp nail on the pole and his head started to bleed heavily. The people there rushed him to the hospital immediately but till the time they reached there, he had already died. Meanwhile, the police arrived and I was arrested by the police and charges of murder were imposed on me. Though unintentionally, but I was sentenced to life imprisonment for 14 years. It was very hard for me to accept what had happened. My parents and relatives tried their level best to get me out of the jail but there was no way I was to be spared by the police and all their efforts went in vain.

Living in the prison was a very tough task to do emotionally because I had never ever thought of getting away from my family in that way. It was a nightmare for me. Prison runs like a little city where every minute of every day is accounted for. The food served was the worst part of all. There were rats in the kitchen. Duties were assigned to different type of household chores like laundry and cooking food. The worst of them all was cooking food as the person had to wake up at 2:00 a.m. to cook the breakfast.

Days passed on and the hard to believe reality was finally accepted by me and rather than wasting my life in these household chores, I decided to pursue my life goals in the jail itself and I requested the authorities to let me pursue my studies and I got the permission to do so. Soon, I received my books and a personal tutor for my studies and I began with my career again, in the prison. I was just 18 years old and was to give my XII Board Examinations and soon the date sheet for the same released and I gave my XII class exams in the prison itself and got my results after 2 months and I had cleared the examinations with 90% marks. The day was a memorable one for me. Everyone in the precinct congratulated me and my parents came to greet me after a long time. But it was not the dead-end, I started my Graduation with the same enthusiasm and zest immediately. My hunger for knowledge was never-ending and in my 9-year term of jail I received 10 degrees and looking at my desperation and the discipline I remained with, the authorities reduced my term of imprisonment from 14 years to 10 years and soon the day came when I was allowed to leave the prison and lead my life as a peaceful man.

As I came out of the prison, my mom hugged me tight and she and I were in tears in no time but they were also happy from my decision of pursuing my career in the prison itself. I got my name entered in the Limca Book of Records for becoming the youngest person to have received 10 degrees in prison and I was awarded a certificate and a medal for my record. Also, I was offered a government job soon after I got out of prison. That day I had a mix of emotions. I was very happy that I got out of jail and got a record registered under my name but the hospitality I received in the premises even after being a criminal was something truly commendable and it was the part I was going to miss. I spent the crucial moments of youth in the precinct but I used every bit of it the most and left the prison with my family.

I had thought of a post-prison life where everyone would look at me as a criminal but it was totally the opposite. They all met me like the old days and were very happy to see me back again. They congratulated me for my record and my nightmare had ended and I started living a peaceful life again.

Moral: - There is nothing under the sun that one cannot touch the pinnacle of success with individual talent.