5 TRAVEL PLACES YOU CAN'T MISS OUT 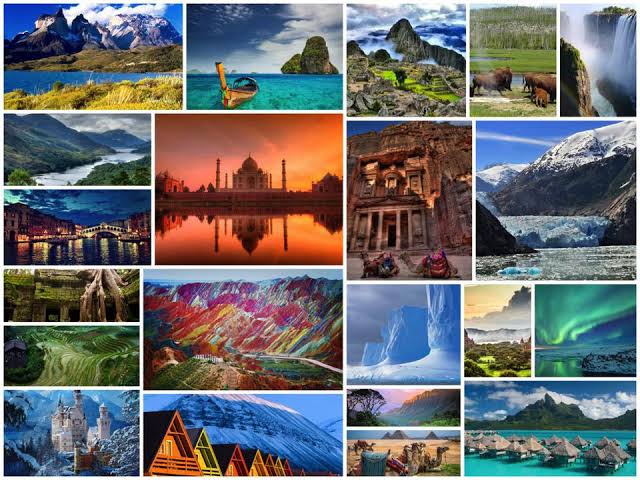 The world is filled with such a wide variety of wonderful destinations and beautiful places to visit, it can be quite difficult to compile a list of the best ones but these breathtaking destinations are definitely worth your time.

The islands are the main characteristic of Greece’s morphology and an integral part of the country’s culture and tradition. Many of these Greek beaches have been awarded the blue flag under the Blue Flags of Europe Program, providing not only swimming, but also scuba diving, snorkeling, water skiing, sailing, windsurfing, biking etc.Some of the oldest European civilizations developed on the Greek islands (Cycladic, Minoan civilizations, etc.), so therefore the islands have unique archeological sites, a distinctive architectural heritage and the fascinating local traditions of a centuries-old and multifaceted civilization.The ideal climate, safe waters and small distances between ports and coasts, have made the Greek islands extremely popular among Greek and foreign visitors. There are about 6,000 islands and islets. Some of the most beautiful islands of greek include Santorini, Mykonos, rete, Naxos, Paros, Corfu, Ios etc.

THE PYRAMIDS OF GIZA

The Giza Pyramid Complex, also called the Giza Necropolis, is the site on the Giza Plateau in Greater Cairo, Egypt that includes the Great Pyramid of Giza, the Pyramid of Khafre, and the Pyramid of Menkaure, along with their associated pyramid complexes and the Great Sphinx of Giza.. The monumental tombs are relics of Egypt's Old Kingdom era and were constructed some 4,500 years ago.Egypt's pharaohs expected to become gods in the afterlife.. If you plan to visit Egypt then these pyramids must be on the top of your list,visiting panoramic point, taking a selfie with the sphinx, going on a camel ride, visit solar boat, valley temple, the sound and light show are just a sight to behold. Weather-wise the best time to visit Egypt is probably from October to April, as these months have pleasant temperatures. December and January are peak tourist season, the Pyramids of Giza are a sight to behold.

The colosseum is the main symbol of Rome. It is an imposing construction that, with almost 2000 years of history brings back time to discover the way of life in Roman Empire. At present the Colosseum is, along with the Vatican City, Rome's greatest tourist attraction. Each year 6 million tourists visit it. On 7 July 2007 the Colosseum became one of the Seven Wonders of the Modern World. There are several captivating reasons to visit this place including a visit to Hypogeum, th Eros museum etc. The best tip for visiting Rome is to go between October and April when many of the big groups of tourists have dissipated and the temperature is lower.

The Great Barrier Reef is a site of remarkable variety and beauty on the north-east coast of Australia. It contains the world’s largest collection of coral reefs, with 400 types of coral, 1,500 species of fish and 4,000 types of mollusc. It also holds great scientific interest as the habitat of species such as the dugong (‘sea cow’) and the large green turtle, which are threatened with extinction, a home to diverse marine life of the most vivid colours. The Great Barrier Reef offers the opportunity for great adventure, both in luxury and budget. exploring the stunning Whitsunday islands, trek the ancient Daintree Rainforest or relax on luxurious tropical islands such as Hayman and Lizard, a day on the reef is all about the unforgettqable nature that surrounds you.

This incredible natural wonder is in the U.S. state of Arizona. It's one of those beautiful places for which photos or video just don't do it justice, its sheer size and scope is hard to comprehend.With geology formed over the past two billion years, yes billion, the 277 mile-long canyon itself is believed to have been started around five to six million years ago. It was formed by the flow of the Colorado River, which still flows through it and continues to erode the geology along its course. The Grand Canyon is up to 18 miles wide in places and up to a mile deep. Imagine standing on the edge, looking down a sheer rock wall almost a mile to the river below.Most visitors come to the area referred to as the South Rim, and there is a range of accommodations available, from tents to a rustic luxury canyon-side resort built from logs. There are a few accommodations on the remote North Rim, and these are reserved years in advance.Many visitors access the canyon via the historic Grand Canyon Railway, which runs from the town of Williams, Arizona. The 64-mile rail line provides an entertaining way to get to the canyon with food and live music onboard.