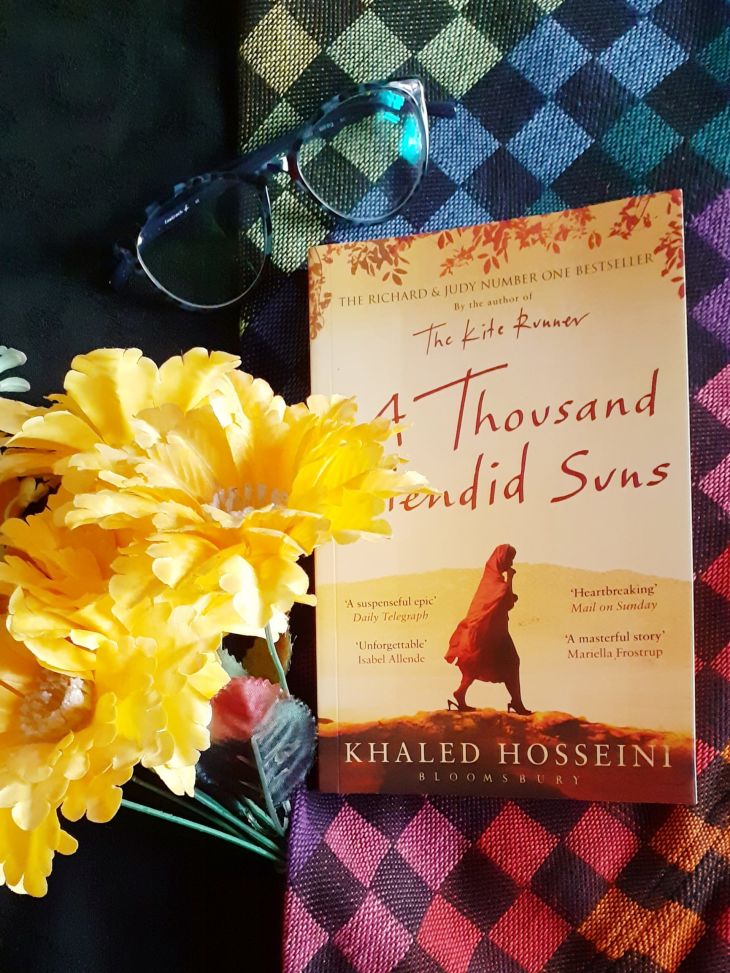 "One could not count the moons that shimmer on her roofs,

Or the thousand splendid suns that hide behind her walls."

I still remember , 1 year ago , when i read this masterpiece by Khaled Hosseini sir, how much i wept reading the story of two girls named Mariam and Laila during war times in Afghanistan when Taliban took over.

MARIAM JO : Referred as 'Harami' (illegitimate) since childhood , she had a hard life growing up and even harder after she got married to Rasheed, a man of her father's age at a tender age of 15.She grew up with her Nana (mother), though , her father did met her sometimes , but she still lacked his love and warmth unlike her other 'Legitimate' siblings. Rasheed acted as a misogynist husband from the start and turned horrible till the end.Nearly two decades later , she found an unusual friendship in a teenager called Laila after a rocky start.

LAILA: A beautiful girl filled with hopes and ambitions suddenly finds herself married to Rasheed when consequences of war hit her , when neither her love , Tariq , nor her family is by her side.Slowly , she finds solace in Mariam, first wife of Rasheed , she did despise her in start and becomes her mother figure till the end.

Well, coming to end , yes, it's TRAGIC , war stories seldom ends well right? maybe not truly in this case.I will say one got what she always longed for and the other was forever liberated from the never ending pain!

A special appreciation for Tariq , who was a real definition of a 'Man' unlike Rasheed or Jalil(Mariam's father).I admired him for his never ending love and support for Laila amidst his own struggles.

Though , this book is a historical fiction , Hosseini masters the class of depicting sad realities through his stories.There have been women like Mariam and Laila who witnessed everything tear apart during War times.

This book made me realize that 'how a woman suffer the most in a war ,a man maybe dies or is left with physical scars, but a woman is left with deep rooted emotional scars which sometimes take a lifetime to heal.'

"Learn this now and learn it well, my daughter: like a compass needle that points north, a man's accusing finger always finds a woman.Always.You remember that, Mariam."

Mariam is the heart and soul of this book and will always remain one of the strongest female characters i have witnessed.