A Walk To Remember... 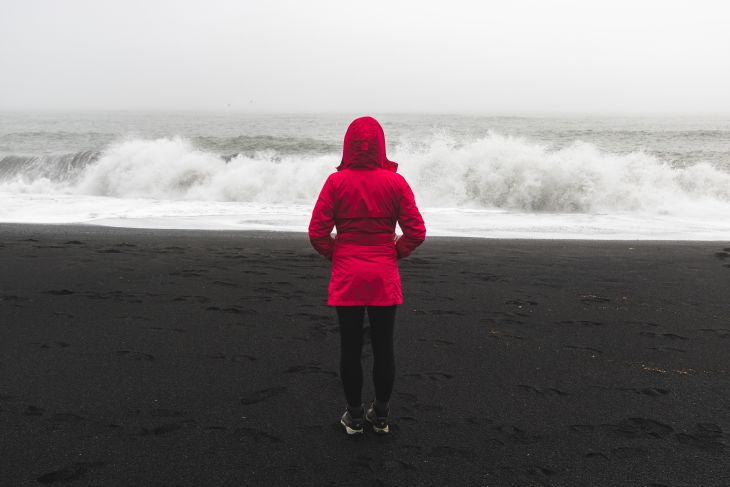 It was late in the afternoon in May. I was on a 2-day trip to attend the wedding of a dear friend. I left a few days early so that I could see the coastal city. As if the 12-hr long ride wasn’t exhausting enough the weather of the coastal city was terrible due to summer. After driving for what seemed like ages, I finally reached the cottage which was remarkably close to the beach road. I started walking towards the reception of the cottage while my blue suitcase made a screeching sound on the gravel road. The lady in a yellow saree guided me towards the reception. After filling in my details, he told me the cottage was almost unoccupied and I could choose my room. I said I wanted the last one so that I could get some privacy. I waited by the large window facing the beach. The sea was rather calm with just a few ships and boats on the horizon. I was lost in its magnanimity until the bell boy disrupted my thoughts. I was guided to my room which was the last one on the right to the alley. I entered my room and fell on the bed.

By the time I woke up, it was 10 p.m. and I don’t remember for how long I’ve been sleeping. I remember telling the receptionist not to disturb me while checking in. I could feel a throbbing pain near my temples. I opened the bag for the pill, but I guess I forgot to pack the pills in a hurry. The sultry air was making me claustrophobic, so I opened the window a little and looked out of the window. The breeze from the sea made me feel better for a while. I felt a walk by the beach would make me feel better and I would get a pill if I didn’t feel better even after the walk. I picked my jacket and started walking towards the beach. The beach was rather empty but boisterous.

I started running frantically towards the cottage. The reception was empty, and the security boy sat there looking at his phone, with his earphones plugged in his ears, and didn't bother to look at me. I ran to my room and closed the door shut. I was gasping for air and was sweating profusely. My head was spinning, and I was so breathless that I thought I would die. I kicked my knee to the corner of the bed and tumbled down. As I was getting up with the support of the bed.

I could sense someone near the window from the corner of my eye. Was it real? I wasn’t sure but I was alert. As I was walking towards the window, a man in a black shirt suddenly jumped inside from the window. Yes! he was the same man who was following me from the beach. I knew he was following me but didn’t expect him to spot the place I stayed. I could see a pocket-knife flashing from his left pocket. He held my hand and before he could say something, I grabbed the knife and punched it in his chest. He let go of my hand and stumbled to the ground and fainted.

I sat there by the bed with a disheveled look. The inspector asked me what happened, and I narrated to him the whole incident. They told me he was a drug peddler and probably thought of taking advantage of me seeing me alone at the beach. Because it was evident that I attacked him in self-defense, they asked me to finish a few formalities, and then I would be free. I was taken to the station and brought back to the cottage safely.

As I laid on the bed after returning, thoughts about the night started flashing in my mind. I remember walking by the beach with my head spinning with the headache and it grew even more. Because I had missed taking my pills to control my hallucinations, suddenly I started hearing voices in my head telling me that I was Goddess Sita born again and the man walking afar was evil Ravana. The voices started telling me that if I do not kill him and send him back to Lanka through water, he would kidnap me again. I picked a rock from the beach and struck the person on his head. He died instantly and I dumped him in the sea to send him back to Lanka. Even if the body were found, I wouldn’t be linked to the murder. The drug peddler will be charged with the murder too because I told the police he was on the beach. That drug peddler had seen me pushing the person into the deep water and chased me back to the room. He would have been alive had he NOT SEEN ME and COME BACK; After all, my name is AKUMA meaning Devil. I had a smug on my face and went to bed peacefully.

WITH NO EVIDENCE, NO WITNESS, CASE CLOSED!