AN INSIGHT INTO THE JAPANESE TRADITIONAL CULTURE 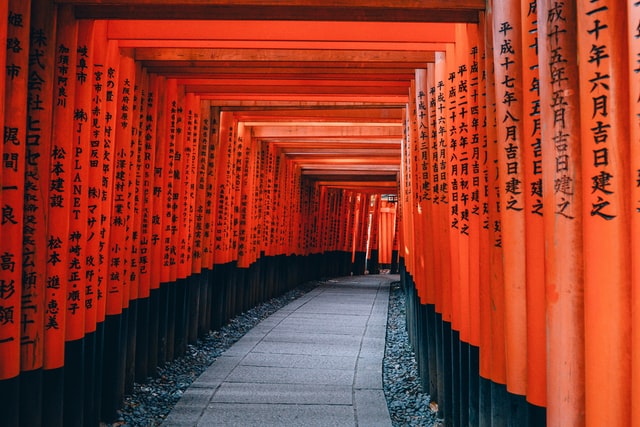 -This translates to ‘Hello Friends!’ in Japanese.

Considered as one of the most vibrant and advanced countries in the world, Japan has successfully retained its cultural values and traditions. Japanese cultural traditions have been followed by the natives since the classic time of mankind. It has survived the test of time and continues to be a significant part of each native. It is one of those countries which were influenced by Asian, European, and American cultures by large but, each novel and the foreign idea took a distinctive dimension and acquired more of a Japanese touch to it. Not only foreign cultures but some of the geographic and ecological factors have also been responsible for shaping the Japanese culture. The traces can be easily seen in the food cuisine, hot spring baths (Onsen), spring party celebrations (Hanami), inter alia.

Let us dive into the Japanese world and know about some of its unique and vibrant cultural traditions!

1. TEA CEREMONY: Traditionally known as ‘Chanoyu’, Japanese people have a unique way of serving tea to their guests as a gesture of hospitality and simplicity. Sen No Rikkyu, also known as the greatest Tea Master was responsible for founding the Japanese way of serving tea. He highly regarded simplicity as the ultimate goal and developed a tea ritual comprising of serving tea in utensils made from ordinary materials.

In his style, the tea is usually served in a room decorated with only a hanging scroll and a flower vase. Traditionally, the tea ceremony is way more than just sipping green tea. The philosophical and spiritual idea behind it is to experience purity, harmony, and respect. The simple decoration is done to facilitate the guests to pay attention to the minute details and awaken the beauty in simplicity around them. Performing the ceremony is not as simple as it may sound. It may take years for someone to master the art of Japanese tea ceremonies. 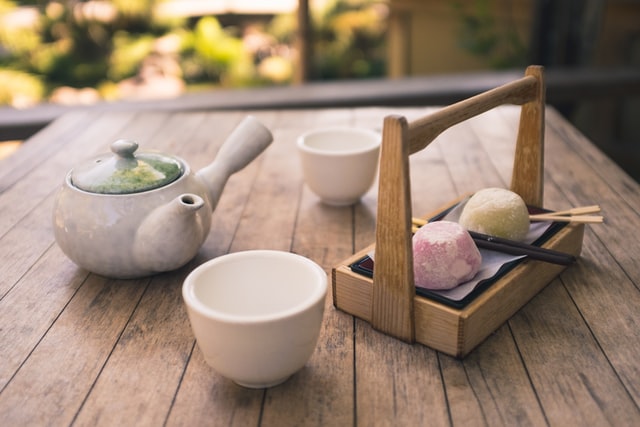 2. CALLIGRAPHY: Better known as ‘Shodo’, Japanese calligraphy is one of the most famous fine arts. Shodo is not just any other variant of calligraphic art, rather it has philosophical and moral connotations. Introduced in the 6th-7th century AD, this calligraphic art is not only intrinsic among educated noble families but also common families of Japan.

With every stroke of the brush, composition of the characters, shading of the ink, and handling of the ink-dipped brush, a calligrapher reflects his state of mind. The letters, elements, direction, and form, along with the void space left in between the words/characters disclose the perception of the calligrapher. Shodo is certainly an art of writing which manifestly reflects gracefulness, aesthetics, balance, and harmony. It is taught at elementary as well as middle school level to students so that they develop the beautiful art of calligraphy and learn its philosophical aspects.

3. FOLDING PAPER: Strongly associated with the Japanese culture, the art of folding paper is known as ‘Origami’. As unique as it sounds, the art of paper folding is practiced in Japan since the older times of the Edo period (1603-1867). The art is to transform a flat sheet of paper into a finished figure with the application of various sculpting and folding techniques. This art is regarded as one of the most distinctive traditions of Japan due to its quirky rules such as discouraging the use of marking, glue, or cuts on the paper. Applications of paper folding art and technique can be seen in packaging goods, stents, etc. 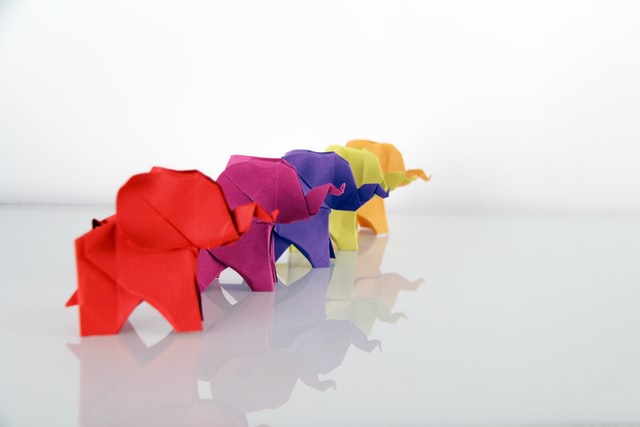 4. TRADITIONAL ATTIRE: ‘Kimono’, the traditional costume of Japan is popular worldwide. Unlike other cultural costumes, a Kimono is regarded as one of the most important parts of Japan’s tradition. Though a traditional dress, it is now worn during cultural festivities. The advantages that this costume comes with are two-fold. Firstly, Kimono helps in adding grace and elegance to the wearer. Secondly, with it, the body temperatures can be altered because a Kimono is made up of many layers, so depending upon the weather, layers can be removed or added.

5. CERAMICS: To your surprise, Ceramics are among those art forms which date back to Stone Age. Yes! Japanese ceramics are that old. China had a great influence on Japanese pottery, but with the passage of time, the unique Japanese element in pottery and porcelain got developed. ‘Japanese ceramics’ is a broader term referring to pottery made up of clay and porcelain made up of kaolinite. Using locally available raw materials, each of the provinces in Japan produces its own ceramic which is unique to its counterparts. Some of the well-known ceramics are Arita ware, Mino ware, Kyoto ware, Imari ware, etc.