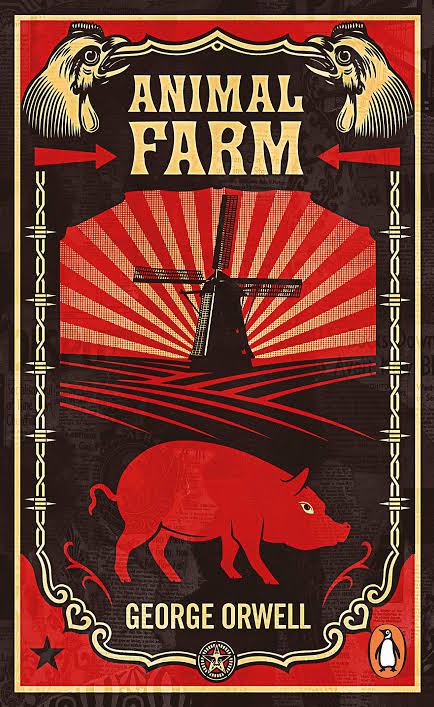 Animal farm is published in 1947. I completed this book in one sitting yesterday .Here i will be honest to you i didn't get the message behind the book and then i researched about it.

What this book symbolizes ?

Animal Farm, known at the beginning and the end of the novel as the Manor Farm, symbolizes Russia and the Soviet Union under Communist Party rule. But more generally, Animal Farm stands for any human society, be it capitalist, socialist, fascist, or communist. The main point of Animal Farm, by George Orwell, is to criticize communism, or at least the way that communism was implemented in the Soviet Union. The book shows how the communist movement starts with talk about helping the people and about letting everyone have a voice in their own lives.

It was mind blowing ,how the author expressed everything . And i loved that . The writing style was pretty simple.

If you are interested in history of Russian revolution you will love this book.

Here is the basic plot:- The book tells the story of a group of farm animals who rebel against their human farmer, hoping to create a society where the animals can be equal, free, and happy. Ultimately, however, the rebellion is betrayed, and the farm ends up in a state as bad as it was before, under the dictatorship of a pig named Napoleon.

I will reread this book again and again because its a master piece . I agree i didn't understood the message behind it first that why i have given it 4 stars , but understanding the message. I am like obsessed with this book ....