Artistic and Vibrant Culture of Greece 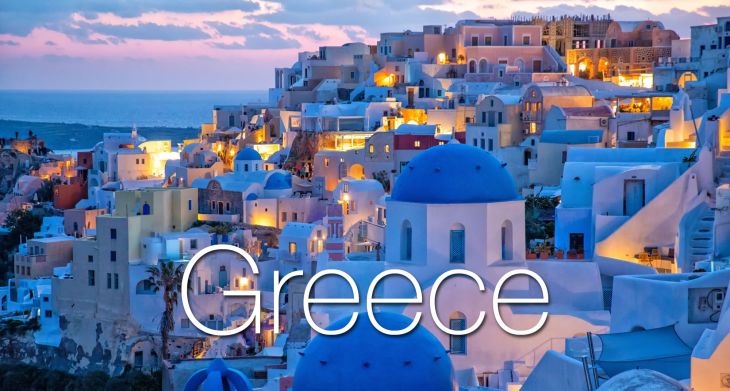 Contemporary Greek Culture and traditions are very rich and diverse, reflecting its artistic charm in the country's great and turbulent history. The culture of Greece has evolved for more than thousands of years.

Dating from the Paleolithic era and the birth of the great Minoan, (2600-1500 BC) and the Cycladic civilizations through the classical period (6th and 4th centuries BC) – the golden age reaching great levels of prosperity that resulted in unprecedented cultural bloom.

A recent study found that the Greek’s pride lies in being Greek surpassed the ethnic satisfaction of every other European nation. Their way of defining their ethnic and tradition is through their culture. You know what I’m exactly trying to say if you’ve seen the ‘My Big Fat Greek Wedding’!

Traditions, food, music, language, drinks and lifestyle make the pillar of contemporary Greek culture, making the country an attraction point for visitors all over the world.

Traditions in Greece and Greek Islands either have a religious character or come from Paganism. Moreover, most of the traditions are followed and celebrated today are religious.

That is why so many Panygiria are organized in the country, which are religious celebrations of saints followed by traditional music and dance in the Centre of the village.

Religions play an important role in the lives of Greek's. 98% of the Greek population is Christian Orthodox. The rest of the population is Muslim, Catholic and Jewish.

Easter is by far the most important celebration in Greece, Christmas comes second. Greeks believe that virgin Mother Mary dyed the eggs red to celebrate the restoration of Christ and Life. On Good Friday or Great Friday, flags are set at half-mast to mark the sorrowful day.

Most of the Greeks owe their name to religious saints and in Greece, name days are more important than birthdays. Everyone named after a saint is honoured by the church and the day is celebrated as his 'name day'. Such celebrations are organized by inviting dear ones and offering them appetizers and drinks.

Marriage is still a matter of big celebrations in parts of the country outside Athens and other big cities. The mother of the bride is known for offering dowry that comprises of sheets, towels and hand-made embroideries while the father of the bride offers a furnished home to the daughter and son-in-law traditionally.

On the day of the marriage, the bride is kept hidden until the ceremony begins, as, it is a symbol of bad luck for the groom to see her before marriage.

The Greek society consists of cliquish families where important social organizations have gradually evolved from the idea of family. The man is seen as the representative to outsiders and a bread winner, enjoying the life of prestige but the woman is seen as an organizer of the household, the mediator in house disputes and the guardian of the family’s unity.

Greek cuisine is often cited as an example of a healthy Mediterranean diet while sharing foods and drinks with relatives is a common and basic element of Greek culture. Greek cuisine incorporates fresh ingredients, among them garlic, onions, fennel, zucchini, grapes, apples, dates and figs, into a variety of local dishes some of which can be traced back to Ancient Greece.

Greeks have a lot of excellent main dishes such as moussaka, which has a base made of potatoes topped with eggplants, onions, ground beef and béchamel crème. It is also known for its succulent soups, especially chicken soup, which is prepared in different sauces made out of rich ingredients.

Liquor and alcohol are also famous amongst the Greeks. Liquor includes Ouzo as the most famous beverage amongst the others. The best wine amongst red, wine, rose, sweet or dry, mavrodafni is the most liked.