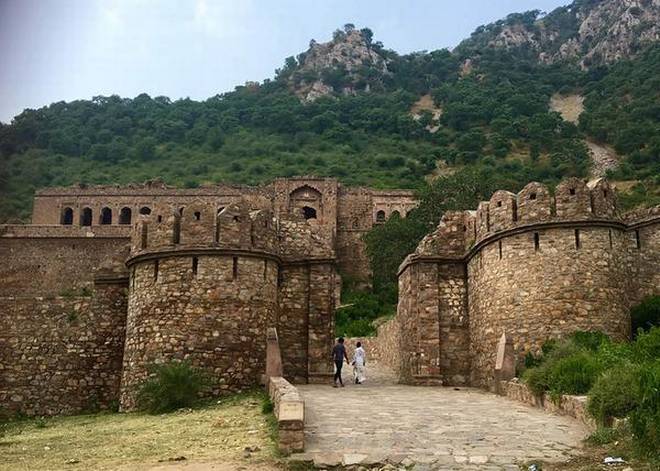 BHANGARH : THE MOST HAUNTED PLACE

Guys if you are also an adventure

loving person like me who finds horror stories interesting, this article is

I personally love to discover new

places specially with some interesting history or horror background.

So talking about the the most haunted places in india BHANGARH 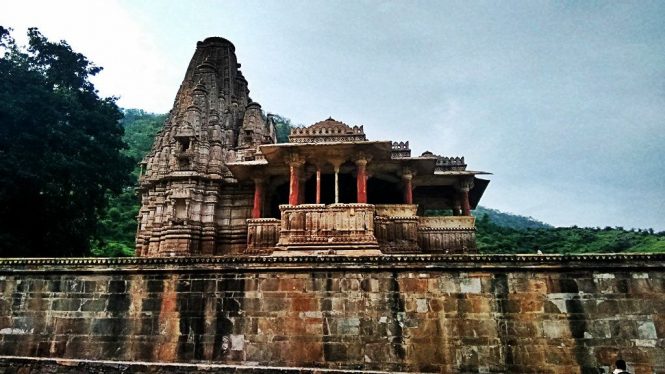 The Indian Ghost Town of

Bhangarh in Rajasthan is one of the scariest places in India to visit, in

addition to being one of the most abandoned places in India. However, this

tag has not perturbed visitors from making frequent trips to this ghost town.

Located near a famous forest in the area, this town is now

slowly luring visitors from around the area, and country, to visit it. However,

it should be noted that if you decide to visit the town after sunset, you will

be not be allowed. In fact, there is a strict warning that it is out of bounds

after the sun sets.

As we drove up to the fort of

Bhangarh in Alwar district of Rajasthan, from the Sariska Tiger Reserve, we

passed by the Ajabgarh fort. Since entry into Bhangarh is restricted after

sunset, we were in a hurry. I didn’t climb up the Ajabgarh fort, but I explored

its base. A local lad grazing sheep told me that there was nothing that I would

be able to see from below except the four walls. If I had known its

significance in the destiny of the fort I was going to, I would have made more

The drive to Bhangarh fort was eerie. We passed through a village that was ostensibly inhabited. The main road

was lined with the ruins of once-beautiful havelis.

The Bhangarh fort was built by the Kachwaha ruler of Amber, Raja Bhagwant Singh, for his younger son Madho Singh

in 1573 AD. Madho Singh’s brother was the celebrated Man Singh, who was Akbar’s general. Madho Singh was succeeded by his son Chatr Singh. It was Chatr Singh’s son Ajab Singh who built the fort of Ajabgarh. 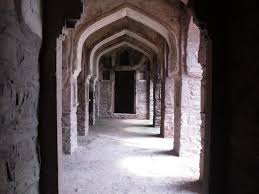 There are warning signs all around Bhangarh Fort

Now, there may not be ‘Haunted’ written in neon on

the information boards at the site, but surely the constant urging by ASI

(Archaeological Survey of India) to leave the premises before sunset clearly

indicates something. The boards clearly say it again and again that it is

sunset. There have been quite many incidents of getting lost and even deaths in

the area, hence the precaution.

Entry in Bhangarh Fort are is banned for foreigners

Strange as it is, Bhangarh Ka Kila could

be the only tourist place in India, where the entry of foreign tourists is not

freely permissible. They need to obtain a special permit to gain entry into the

tourists getting lost in the region , there’s a large number of foreigners

caused them to take the strict step.

Lost in the Darkness

It is completely forbidden to stay inside Bhangarh Fort at Night. ASI has put up boards at

and before the sun rises. You can hear strange noises from inside the fort

premises during night time and the air gets charged with an uneasy heaviness.

place becomes a hotbed for paranormal activities. In fact, if the locals are to

be believed, whoever who has attempted to stay back in the fort or the nearby

area after dark, has never returned to tell their tale.

Hope you found this article interesting and people who actually love to explore haunted places will surely love to visit this fort.