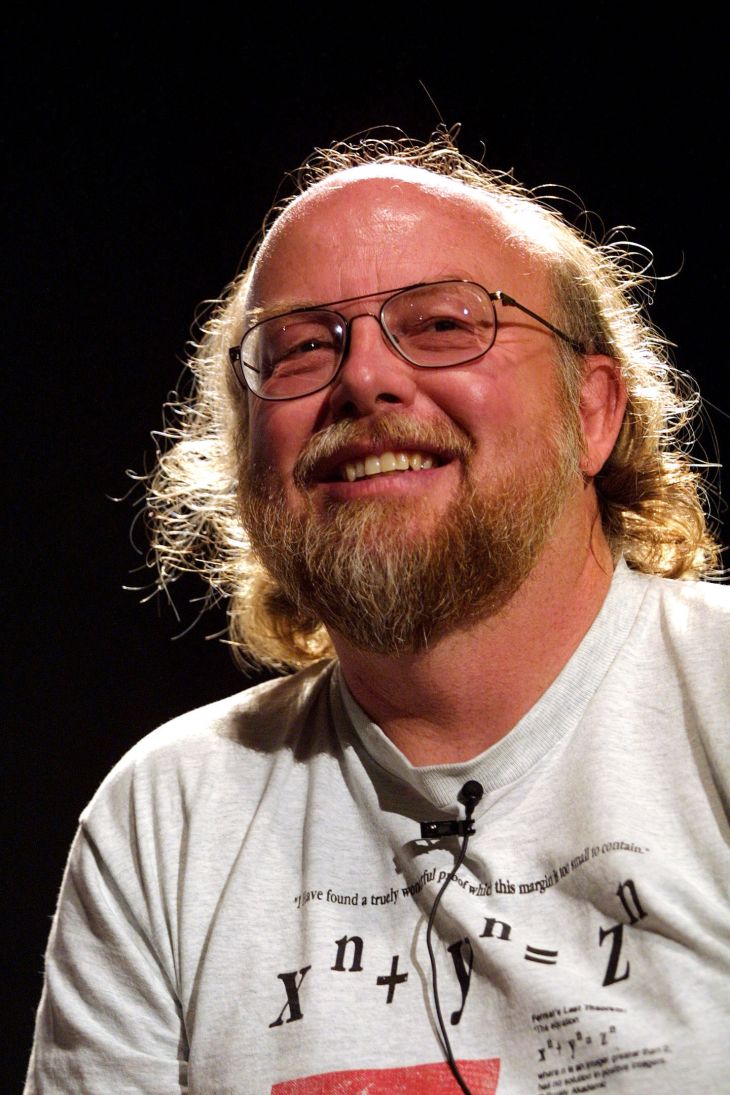 "A technical brain has the ability to solve and simplify the toughness of the tasks" and with this line today we are going to know about James Gosling. Java is the most interesting and most popular language among young generation.

James Arthur Gosling who was born on may 19 ,1955 popularly known as Father of Java Programming language. He is also a famous Software Developer and a Canadian Computer Scientist.

James Gosling's technology loving mind fetched him a Bachelor of Science degree from University of Calgary after that he completed his Masters and then PH.D from Carnegie Mellon University and all degrees were in Computer science.

James Gosling wanted to do something different in his life , he wanted it too much different that while doing his doctorate he wrote the version of Emacs , called as Gosling's Emacs or Gosmacs.

James before joining Sun Microsystems built a multi-processor version of Unix for a 16- way computer System and at that time he was in Carnegie Mellon University. He also Developed Several Compilers and mail systems there. His doctoral thesis was titled "The Algebraic Manipulation of Constraints".

James joined Sun Microsystems in 1984. He did a lot of research and discovery at Sun. At Sun he invented an early Unix windowing system called NeWS, though it was not used much because Sun did not gave any open source license to it. And that's why it became a lesser-used alternative to be still used X-Window.

He got the idea for the Java VM while writing a program to port software from a PERQ by translating Perq Q-Code to VAX assembler and emulating the hardware. Though he gained his popularity after he invented Java Programming language in 1994.He created the original design of Java and implemented the language's original compiler and Virtual machine. While he was in his Early Graduate he developed a p-code virtual machine for the lab's DEC-VAX computer, so that his professor could run programs written in UCSD Pascal

Another contribution of Gosling's was co-writing the "bundle" program, known as "shar", a utility thoroughly detailed in Brian Kernighan and Rob Pike's book The Unix Programming language.

He left Sun Microsystems on April 2, 2010, after it was acquired by the Oracle Corporation , citing reductions in pay, status, and decision-making ability, along with change of role and ethical challenges.He has since taken a very critical stance towards Oracle in interviews, he had to face critical challenges to highlight his position.

He clarified his position during the Oracle v. Google trial over Android.There were even serious conditions arise when Oracle and Sun Microsystems come face to face in integration meetings.

In March 2011, Gosling joined Google. Six months later, he followed his colleague Bill Vass and joined a startup called Liquid Robotics. At the end of 2016, Liquid Robotics was acquired by Boeing. Following the acquisition, Gosling left Liquid Robotics and started working at Amazon web Services as a Distinguished Engineer in May 2017.

Currently He is an advisor at the Scala company Lightbend.

Director at Jelastic and

Strategic Advisor for Eucalyptus and

is a board member of DIRTT Environmental Solutions.

He achieved many Awards in a very early age

For his achievement, the National Academy of Engineering in the United states elected him as a Foreign Associate member.

And like this he utilized his each and every cell to make his interest in Computer world more successful.In such an early age he achieved a lot and he is still gaining popularity for his researches.