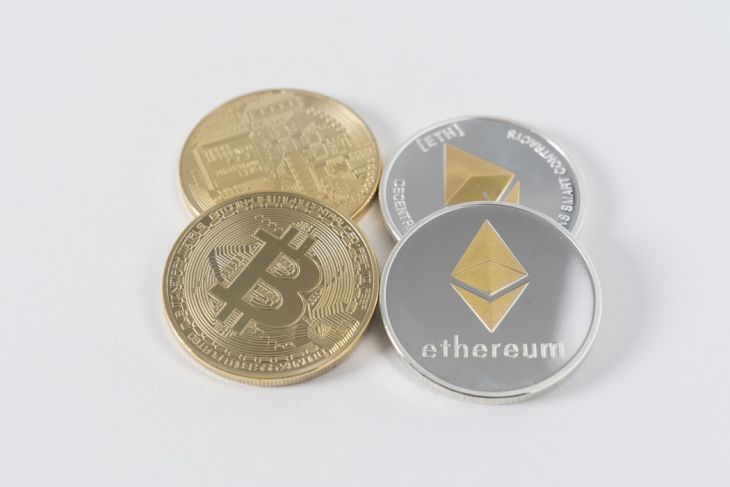 Before moving into deep insights into this topic, let’s start with some quick definitions. Blockchain is the technology that makes the subsistence of bitcoin possible.

A Cryptocurrency is a medium of exchange such as the European Dollar and American Dollar, the difference is that it only exists in a digital and encrypted form not in physical form to control the creation of monetary units and to verify the transfer of funds.

Bitcoin is the name of the best-known cryptocurrency that exists, and it is the reason for the invention of blockchain.

It is a decentralized, distributed ledger that records the source of a digital asset. It is sometimes called Distributed Ledger Technology (DLT). The best example to understand it is a Google Doc. When a Google Doc is created and we need to share this document with a group of people then instead of copying or transferring the document we simply distribute the document. In this way, a decentralized chain is created that gives everyone access to the document without anyone being locked out awaiting changes from another party and any sort of modifications can be made in real-time. This simply creates a transparent ledger of changes which preserves the integrity of the document, creating trust in the asset. Blockchain is a very revolutionary technology because it helps in reducing the risks and creating more transparency makes the risks of fraud totally negligible.

Each and every chain consists of many blocks and every block has its own unique nonce and hash. The basic elements of a block are as follows: -

·      A 32-bit whole number that is randomly generated when a block is created known as a nonce.

It is a digital asset that is designed to work as an intermediary where individual coin ownership records are stored in an electronic database using strong encryption to secure these transactions and to verify the transfer of coin ownership. It does not exist in a physical form and is not issued by a central authority. It is a whole decentralized platform that let’s one buy goods and services, or trade them for profit. People mainly deal with cryptocurrency for speculation profits.

There are more than 6,700 different cryptocurrencies that are traded publicly and cryptocurrencies continue to multiply and raise money through Initial Coin Offerings (ICOs). The total value of all bitcoins to date is around $969.6 billion and of all cryptocurrencies is $1.6 trillion.

Why Cryptocurrencies are so attracting?

1.   The bitcoins are expected to become much more valuable in the future so the supporters or the investors are investing heavily today so that they can sell their holdings at a higher price in the future.

2.   The fact that cryptocurrency has no managing of the money supply by the central banks the investors are strong supporters of bitcoin because, at the later stages, central banks tend to reduce the value of money via inflation.

3.   It is one of the safest technologies in use because of the high-end encryption techniques.

4.   The short term and huge gains in cryptocurrencies attract the persons who are interested in making a handsome wealth in a limited time period.

WHETHER YOU AS AN INVESTOR SHOULD INVEST IN CRYPTOCURRENCIES?

Cryptocurrencies may go up in value in the near future but these are mere speculations and not real investments. Cryptocurrencies do not generate any real cash inflow or outflow like real currencies. So, it’s a risky investment that gives profit only when any person is ready to give a price more than the price you paid for that currency. This is called “the greater fool” investment. The reason it is treated as way too risky is that it has no stability. From record level highs it can drop to considerably low levels within a very short span of time.

HOW TO BUY CRYPTOCURRENCIES?

Some of the cryptocurrencies are purchasable in U.S. dollars and some others require you to pay with bitcoins for purchasing that currency. Purchasing a bitcoin is like purchasing a share of any company. You need a wallet and an online app that can hold the currency on your behalf and then by transferring real money in the wallet you can buy cryptocurrencies. Coinbase is one of the most popular cryptocurrency trading exchange where one can create both wallets and buy and sell Bitcoin easily. Some other online brokers like eToro, Tradestation and Sofi Active Investing also provide the facility of trading in bitcoins.

IS IT LEGAL TO BUY CRYPTOCURRENCY?

Cryptocurrency is totally legal in the United States but China has banned its use totally. But cryptocurrency is very risky as many fraudsters see it as an opportunity to bilk the investors.