Communication gap between our generation 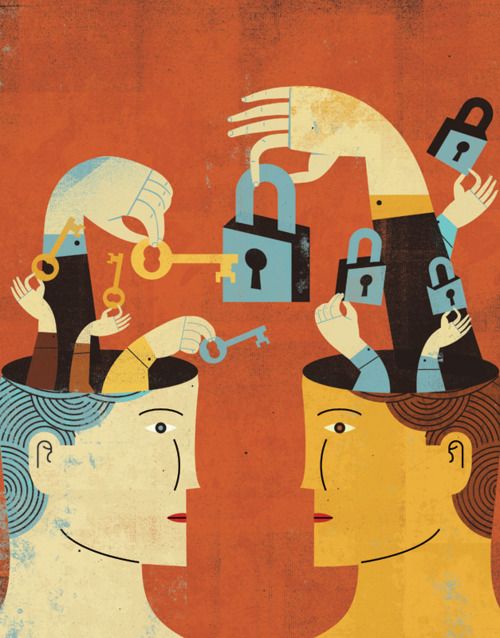 Have you ever wondered why relationships nowadays don't last much? it has become so rare to find a long lasting friendship or a relationship, mostly because our generation lacks Communication skills !

It has become so hard for us to speak our minds and clear misunderstandings, cutting off with each other is considered easier than to talk and sort out things.

Suppose your group has 5 friends, there will always be difference in mentality regarding different things, like one of you would have a different opinion on a particular minister while the other's opinion regarding the same minister would be completely different. What will happen when both the opinions clash without a proper communication or explanation?

Yes, there will be a distance between both the parties which will eventually lead to a permanent separation and that's what is happening nowadays.

Let's take example of a recent case , where a guy named Rinku Sharma was stabbed to death. It doesn't matter whether the real reason behind the murder was him collecting donations for Ram Mandir or an enmity which started at the birthday party, what matters is that there was certainly a communication gap which appeared between both the sides that eventually lead to this brutal crime.

There are various cases seen where people murder each other because of normal misunderstandings,this is the level of gap which is occurring nowadays!

Why this gap appears?

~One sided communication: This happens when a person only speaks and not tries to let other person narrate his/her side of the story that leads to a wide gap in the communication process.

~Mistrust: If there is mistrust between two persons or groups, communication gap emerges, because either of them does not want to convey proper message or not convey the message at all.

~Anger issues: When a person have anger problems he/she easily gets annoyed and generally starts to assume things in a negative way and as a result ,people tend to communicate less with that person.

~Fear: Generally when a person is sensitive , he/she fears about the outcome of a particular statement and then decides to not communicate on a particular matter at all which eventually leads to a communication gap.

~Channel of communication: Bad method of communicating things can also lead to formation of this gap , for example , when a urgent message is to delivered , it should be done via phone calls because sending a mail can become time consuming.

Now that we know about some of the reasons behind this gap , let's discuss some solutions :-

~Avoiding assumptions: When we prematurely assume , things starts to go downhill, try to understand each and everything with an open mind and welcome criticisms wherever necessary.

~Generating trust: Having faith is the key to a successful communication , even if you have past differences, try to remove them by properly communicating all the things.

~Using the right medium: If a message is important and needs to be delivered quickly , prefer calling rather than waiting for replies through texts so that the communication process is not affected.

At last , i just want to say that in a generation where there are tons of misunderstandings between each other , let's try to be more connected to the people who are nearby us , remember 'sharing is caring' :)