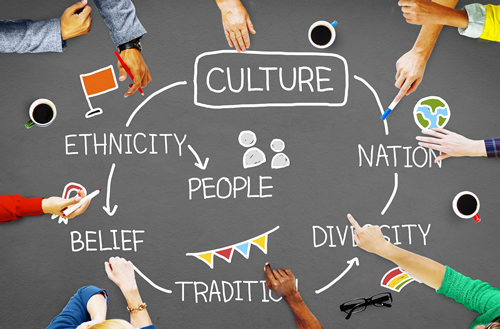 Culture, one of the unique aspects of the world which are followed everywhere in a particular set of manners. Culture is never inept in a person. It is something that is learned, observed, and practiced.

There have been a lot of controversies, debates, talk shows regarding culture. There are many of them which are praised and then there is a countless number of cultures that are criticized.

Many famous personalities have defined culture in their own understanding but the aptest and practical definition was stated by E.A Hoebel.

According to him “Culture is the sum total of integrated learned behavior patterns which are characteristics of the members of a society and which are therefore not the result of biological inheritance.”

But the problem with cultures is that people follow them blindly. They don’t need reasons or practical thinking to bring it into practice. Due to which there have been a lot of cultural practices that should be abandoned immediately which are done just in the name of culture.

The following is the list of cultures and practices which are dangerous and unacceptable for us:-

One of the most brutal rituals which are concerned with both religious and cultural background practiced even today is Female Genital Mutilation. This is a practice where the external female genitalia (clitoris, labia minora, labia majora) is partially or completely removed with a razor or a blade mostly without the use of anesthesia.

Yes, you heard that right. The countless number of females are made to suffer and bear this heart-wrenching practice. What’s more shocking is the fact that this practice is followed in more than 27 countries in the Sub-Sahara, Northeast Africa, some of the Asian countries including India among the Bohra community.

Imagine killing someone and then naming it a part of the culture. This is what has been happening for ages and sadly it is still being practiced. People believing in these customs say that this practice is followed in order to please their Gods and Goddesses. You will be surprised to read about the countries which are still following this cruel culture. Any guesses? Yes, you probably got that one right. This culture is still in practice in the various parts of India and Africa.

The practice includes killing/murdering one or more people in the name of culture.

Baby Tossing is one of the oldest rituals which is practiced in the name of culture for the past 700 years making it one of the oldest cultures practiced. Unfortunately, it is being followed in India. The Hindu community in South India basically in the state of Karnataka.

More than 100 babies are thrown from the rooftop of a temple who are supposed to be caught by their father or other men with the help of a cloth. This culture is followed by the belief that it brings good luck to the families. The married couples who wish to have more children tend to follow this ritual.

Self-flagellation as the name suggests is a culture in which a large number of people gather to get rid of their sins by punishing themselves and expressing no pain during the event. The people basically attack themselves with whips that have blades attached to them. This ritual is practiced by the Christians of the Philippines and Mexico on Good Friday and by the Shi’a sector of Islam in various countries which include India, Iraq, Lebanon, Pakistan during the holy month of Muharram.

One of the most widely used and practiced rituals throughout the world is Firewalking. The people participating in this ritual are made to walk on a bed of stones or embers which are kept on fire at a very high temperature. This pain enduring ritual is being followed in various parts of South Asia, communities in Bulgaria and Buddhists, Bali, Spain, and Pakistan.

This culture states that by practicing this the person will be free of his sins. He will pay his respect to the Gods and purifying his soul.

These were some of the widely popular cultural practices followed in the world that should be stopped immediately as they bring a lot of pain and damage to the people without any practical motives or Targets. There must countless number of rituals being followed in our society which we are totally unaware of but we should be responsible enough to enlighten the people with proper facts who follow these bizarre rituals.