DevOps: The secret to speed 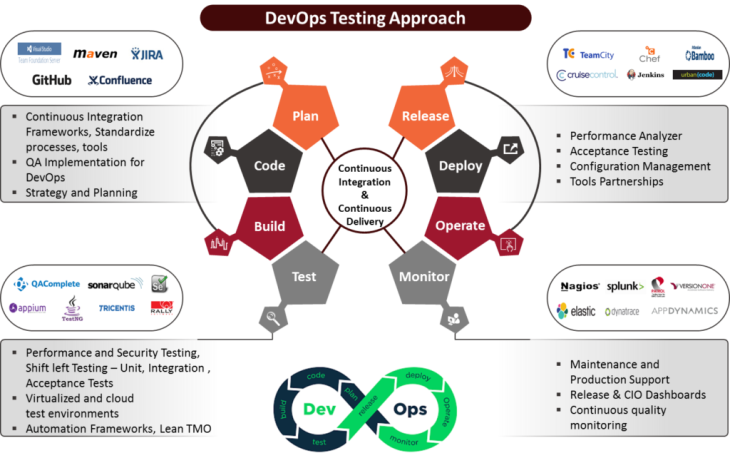 DevOps has become a great success in the past few years. It has now become a core practice in almost each and every organization. Bringing a collab between development and operation teams has helped the organizations launch their products at a nice speed and higher quality.

So, let’s first understand what DevOps or DevSecOps is. DevOps is the combination of two words “Dev” and “Ops” which stand for Development and Operations respectively. DevOps should not be misunderstood as any type of software, tool or programming language that one can learn and call himself a DevOps engineer. DevOps is moreover a philosophy, a mindset to produce things from the development stage to the operations stage. It is a concept used in the application life cycle management and making sure that the development and operations team work in sync so that the type of product or service we desire to deliver to the consumers can be done absolutely smoothly.

PROBLEMS OF THE TRADITIONAL SYSTEM?

First, let’s take an understanding of how things worked before DevOps.

Putting it onto a midsize application there are mainly two teams which are the development team and the operations team. The Development team includes all of the development regardless of where one works on like Nodes, React, JAVA or JAVA Script. Sometimes, testers are also included in this team. Its main work is to design a product, check out the product and to give a disclaimer that the product works totally fine. After the Development team comes the Operation Teams which plays the role of managing all the server configurations and not just server configurations but also a couple of other things like managing the legislature application, managing the high traffic on the websites and addressing the issues like scaling up or increasing the RAM and bandwidth on the cloud servers.

The development team packs the next update with the features they want to roll out next and send it to the operational team. Usually, the development team thinks that the operational team guys are just sitting around and whenever they will send them the updates, they will simply deploy the operation people immediately which is not so true because the operation guys are busy managing their stuff like handling the server traffic, scalability and security checks as well. This kind of deployment happens just once or twice a month and only two times any code can be published in the production which creates frustration in the minds of the development team that despite designing and developing the features why they were not published and when the manager asks for the update regarding work the blame-game starts. The development team blames the operation team for not deploying the updates and the Operations team says that the updates were given after the releasing cycle. This creates a lag as the user is not interested in the fights that are going on within the organisation, what they really care about is timely updates.

HOW DevOps SOLVES THE PROBLEM? 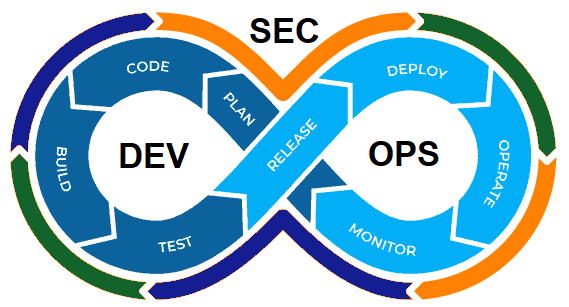 The logo of DevOps itself defines what DevOps is. The logo is an infinite cycle because application development is an infinite process involving a variety of processes. Whenever someone talks about DevOps, he’s definitely going to talk about the tools like Puppet, Salt Stack, Jenkins, GitHub, Code Editors etc. So, DevOps is not learning one of these tools or software but the whole of philosophy and understanding what is happening in every phase of development and operational cycles. 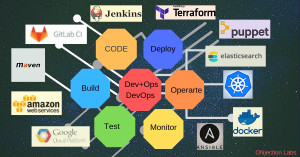 Sometimes, companies also hire a DevOps manager who is basically a person who has in the past handled the task of syncing the development and operations teams, who knows how to merge both the teams and change the working cycle of the company.

Ultimately the people who are working on either the development or operational cycle are likely to call themselves DevOps engineer.

That was all about the basics of DevOps and how it helps the organizing in delivery of services at a much faster pace and if you are into a company, start applying DevOps culture n your organization.