Everything Everything: A Review 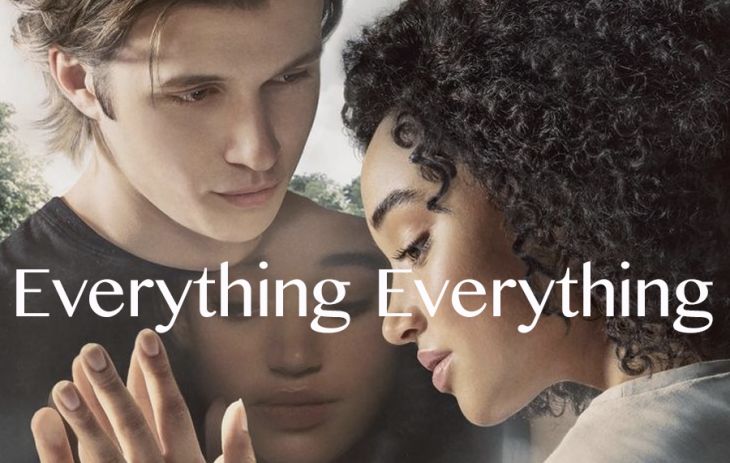 Everything Everything was the debut novel of Nicola Yoon who rose to fame soon after. The story is about a young girl named Madeline Whitter who is diagnosed with SCID. She has a weak immune system which requires her to stay at home in a sterilised environment. The only people in her life are her mother, who is also a doctor, and her nurse Carla. Apart from them is her tutor who gives her online lessons and checks in occasionally for projects.

Madeline (Maddy) has an aura around her that separates her from the rest of the high school kids. She is bold and fierce but she has also grown up early for her age. She is shown to be a shy and dreamy teenager who gets lost in her architecture models and loves space. She has missed out on high school experiences like going to prom or experiencing her first kiss due to her condition which makes it nearly impossible for her to go out of the house. Her life is simple and she has a close relationship with her mother which is portrayed by their regular gaming and movie sessions as well as the words of comfort they offer each other. Madeline’s life changes when a new family moves next door. This family of four consists of a drunk abusive father, a loving and terrorised mother, a young rebellious girl Karla and another rebellious kid Oliver (Olly). There is a beautifully portrayed contrast between Madeline’s relationship with her over-possessive mother and Oliver’s relationship with his drunk, abusive father. It tries to show us two sides of relationships between a parent and a child.

Madeline and Oliver establish a relationship with one another first through a Bundt cake, then via email and later move to frequent messaging. There is something unbelievable in the whole story especially when the relationship between Oliver and Madeline blossoms but it is romantic, to say the least.

The two of them even go forward to see each other for which Maddy enlists the help of her nurse Carla who gives in to young love. She lets Oliver meet Maddy after getting sterilised. The only rule is that they cannot get intimate with one another. The issue arises when Maddy leaves her house one day to check in on Olly who is in a brawl with his father. This reveals their secret to Maddy’s mother who ends up firing the nurse.

Sick and tired by her mother, Maddy decides to go to Hawaii with Oliver and lies to him saying she has taken a pill that will keep her safe. In Hawaii, she gets sick and everyone tenses up, only to find out that Madeline was never really diagnosed with SCID and how her mother, who was burdened with the loss of her husband and son, had taken extreme measures to ensure Maddy’s safety.

Nicola Yoon’s novel is a beautiful anecdote of love and life. It beautifully portrays how love changes life, literally in Maddy’s context. She finally went out of her house and in doing so, found out a reality she was kept away from, a life that was presented as out of her reach and she came across a bitter truth which eventually would turn out to help her live a full life.

The book also gives a message that we should be thankful for the little things in life that we usually take for granted. Madeline never walked on the grass or went swimming in the ocean and wanted to try both these things in her life. The story is about taking risks, taking risks for love and living to the fullest.

On the other hand, we cannot ignore how in the beginning, Madeline and Oliver has a Girl next door relationship where they communicated only through their windows. It was a very old school, romantic gesture, but it is impractical and cringe at times. The typical meet-cute of romance novels was shown to be through a Bundt cake. Also, SCID is a treatable disease and there was no focus on treating Maddy, instead, the whole focus was on experiencing love.

It is a beautiful novel with a serious plot twist but the small bomb drops made the end kind of obvious. The content is laid in an alluring manner and the novel itself is addicting. The story is a big emotional roller coaster that inspires and connects with our hearts. The representation of love in the novel is beautiful and you definitely fall in love with the characters unique relationship. Nicola’s writing style is unique and the frequent images of Madeline’s doodles as well as her definitions added spark to the book. All in all, the book is a must-read for those who love a cosy but serious novel and are fans of ‘Five feet apart’, ‘The Fault in our Stars’ and other health-related sad romantic novels.