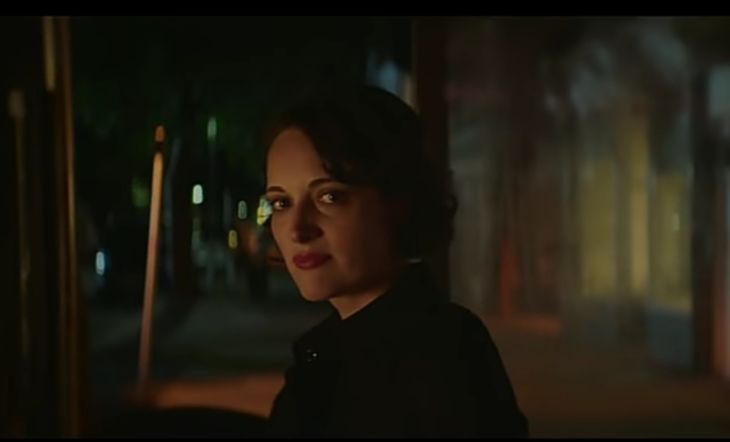 Fleabag is not a homely drama, which you can enjoy sitting with your family. It’s gritty, witty and full of complex characters, mainly family and few friends. For some audiences the pilot might seem dragged and full of unnecessary sexual innuendos, but as the story unfolds rather gradually you will see that there are a lot of those, and aren't ‘unnecessary’.

Fleabag, the titular protagonist, who hasn’t been named in the whole series is inclusive of many complex layers, few of which are visible through the regular “breaking of  the fourth wall” by Fleabag  herself (which actually means, when a character directly talks to the audience,usually done in plays of the theatre) is insightful and intriguing, making the viewer Fleabag’s secret friend, the one with whom she shares the joke with, the one she is letting in.

The British Comedy Drama series is created, written and starred by the British playwright and performer Phoebe Waller Bridge and directed by Harry Bradbeer .Set in London the first season which initially was the sole one to be ever created is showcasing Fleabag, a modern(thrust upon) single woman, in her early 30s, broke, is trying to a get a business loan for her guinea pig themed cafe and living her jostled life with the flow, just keeping her head above water.

The show encapsulates the complex human emotions and outcomes of it in its raw complex form. How as human beings we try to heal ourselves, but can't because we are trying to run away, escape from it. “Fleabag” is close to heart and carries the true spirit of femininity, and humanity at large. Not in the way the quirks of the character have been portrayed but the inner turmoil she goes through while dealing with life and these quirks are the outermost layer, the way she behaves is much more of her own way of defence mechanism for coping whatsoever is hurting her.

Fleabag is courting multiple men, including a rodent, a good-looking motor-cycle owner, and the sensitive and caring, soft boyfriend Harry but her true soul resides in the connections she has with the women in her life. Her sister Claire, her dead mother, her stepmother and most importantly her best friend Boo, played by Jenny Rainsford.

The best thing which I liked about the series is the way it handled the relationship of the two sisters. Claire played by Sean Clifford is uptight, successful, “has two degrees, a husband and a Burberry coat” while Fleabag is pretty laid back, has Kleptomaniac tendencies and is pretty outlandish, but they both are struggling to keep their problems at bay. They fight, go to silent retreats, chat while sitting in a graveyard, and share stuff. You will know better once you watch the show.. The other characters like her father, her stepmother, the guys she meets except her sensitive boyfriend have been given no names.

“This is a love story” Fleabag’s first dialogue sums up the whole season in a single, succinct sentence, in the most lovely way.. Fleabag is trying harder this time, to be a better person, eating healthy, exercising, less coitus, taking help; talking about her issues and her cafe is doing well.She is still the same person, but doing better in life, trying to keep the broken pieces together. And she is wearing some pretty clothes this season!

There are some new delightful additions to the cast including Andrew Scott, Fiona Shaw and a few more. Fleabag fights with faith and religion this time, and “kneel” to it. If season 1 was conundrum season 2 is upheaval. The monologue about “hair” is funny, cool and to the point. And the one about “love” has given this emotion a proper set of words.

Phoebe Waller Bridge plays Fleabag so seamlessly, while watching her you realise how apt it is to create a character of your own imagination and executing it yourself. Writing the part has given her the freedom to imbibe into the character so well, that it has brought out the best of both the worlds on the screen; writing and acting.

Andrew Scott is everything but mediocre in the show. He plays his part with such grace and efficiency that no stone is  left unturned. Fleabag’s father played by Bill Paterson is cuter, closer to his daughter. It's touching to see the duo talking again.  Fleabag is experiencing new things which she hadn't for a while. She is facing her demons in the most nurturing way.

This show is different from all facets, be it relationships with family, friends, with oneself, Feminism, societal pressure, economic stability, It touches everything in a witty, mind grasping, funny manner yet manages to make you a bit anxious,weary and then smiling again. Bittersweet.