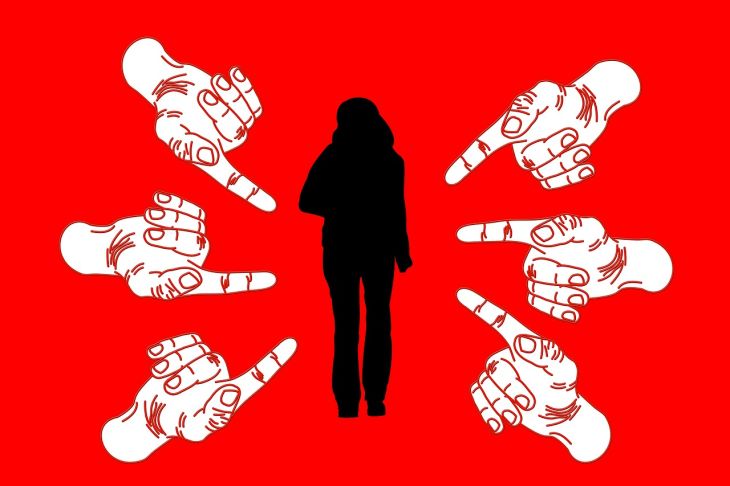 The world is a troublesome place where people are selfish. There are many concepts in this world that we can never understand and interpret, there are others that are foolish. One of these concepts which are imprudent is the concept of bullying others to feel a sense of superiority. We have been taught from a very young age that this world is a strange and hateful place where people will always pull you down. They will engage in a battle of hateful words purely out of spite to bring down your morals. We have been warned as a child to not engage with such people and never to listen to their venomous words.

Putting someone down is a psychological concept where one feels a sense of satisfaction which is purely whimsical. We, humans, are a competitive species who use various techniques to feel superior and to live in a sense of success. One of these techniques is bullying those we consider to be lesser than us as it makes us feel stronger. It gives us a sense of satisfaction and we believe we are successful in our lives. Bullying is most commonly seen during teenage when kids are in the process of developing senses and are more prone to egoistic behaviour which makes them feel superior by belittling someone that they consider to be inferior to them. They engage in putting their peers down based on the lifestyle that is considered to be cheap or poor, they taunt those who think outside the box and are unique and they believe this will make them seem daunting to the rest of the peers who will then come to either revere or fear them.

When we grow up into adults, we usually come to a self-realisation that bullying someone would never make us grow. It will only offer a temporary sense of satisfaction which will heal our jealousy, but it will never help us climb up the ladder of life. What we feel when we cut a person limb by limb with our words will only provide us with a short spanned false sense of ecstasy. True growth will only be measured in hard work and persistence which will expand our knowledge and skills. The toxic weakness of feeling a false high after belittling someone is usually derived from an egoistic and immature personality which is also referred to as animalistic behaviour. The sense of making our so-called inferiors cower in fear is the type of behaviour we see in animals. This says a lot about those who believe in bullying. They are in reality, not gaining any skill except the skill to irritate their peers and are giving them free rein to see these bullies as animals. The true way in which one can fill this weakness is by working upon their own selves and rising above from pettiness. One has to be happy in their own life, however hard it is, and stop themselves from feeling jealous over the things others have.

Epicaricacy means rejoicing or deriving pleasure in someone else’s misfortune. This feeling of better than me comes from a sense of competitiveness where we are jealous of someone else’s success without taking into consideration the amount of hard work that went into it. Here are a few reasons why people believe in bullying:

A person with low self-esteem and a fragile ego will always hate those who are doing better than him. People who have achieved something will irk him and he will find ways to put them down. People are always jealous of other people’s success, they find it hard to believe that someone did better than them and has moved forward in their life. Thus, people bully that person in an attempt to console themselves.

Some people believe in bullying others because they feel it will make people like them. Making fun of someone is considered funny and research shows people are more likely to want to be friends with a funny person. Thus, many people believe in belittling others in an attempt to fake their way inside the ‘cool groups’

Some people also bully others to feel superior. This is related to an immature mindset where people believe that to feel strong, they need to sucker punch someone and laugh at the blood.

Therefore, we can conclude by saying that people who try to bring down others for their own sense of false ecstasy live in a hallucinated state where they are unable to differentiate between fantasy and reality. If you are bullied, remember that the person bullying you has no power over you, he is in fact living in a precarious situation and showcases animalistic behaviour. Rise above to great heights by working hard and show everyone that you are a warrior.