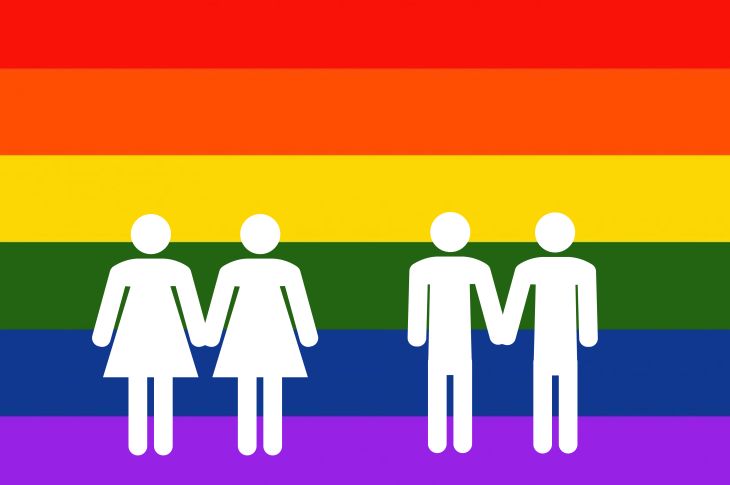 I hope you all are doing good and being safe.

Today I'm here to make you all understand about homosexuality. Most of you might feel that people who are homosexual don’t deserve a life. But my friends, no offense, you should broaden your mindset.

Homosexuals are those people who are sexually attracted towards the people of the same sex. So, the HOMOSEXUALS or LGBT (Lesbian, Gay, Bisexual and transgender) community has been facing discrimination and inequality since always and even today their situation isn’t any better. Though, now homosexual sex between adults is legal in the eyes of the law. There are some Hindu religious texts which are against this homosexuality but there are a number of Hindu mythic stories which portrays this as natural and joyful. The thing is, who are anyone of us to interfere in their lives? Why is it connected to religious matters? It's their choice which does not need to concern us. So, it is not a matter to debate on. They are humans and they have their own choices and preference. They fight every day to get equal rights, to get an identity. Even, after the Supreme Court took down the section 377, they still struggle to be accepted by the society. Every year QUEER AAZADI MARCH is held in Mumbai. This is also used as a medium to ask the government for equal rights. Everyone has their own life. No second person has the right to interfere but still people do. They do so in the name of religion or just because of publicity. What if the judiciary starts to look into this matter? If it declares that this relation is right or wrong; that doesn’t matter. They are in the business of law and not justice.

Article 14 states that the state shall not deny to any person’s equality before the law or the equal protection of the laws within the territory of India.

Article 15 states that the Indian Constitution prohibits discrimination of Indians on basis of religion, race, caste, sex or place of birth, and

Article 21 states that The Supreme Court holds the Right to Privacy as a fundamental right is being violated since so many years.

The judiciary always neglected the LGBT community who has been fighting for their rights since so many years. These moron Nationalists, looking at them and their behavior, it seems like they only have created the whole world or got the world as a present from God. Why did the SC overturn the Delhi High Court orders of decriminalizing homosexuality in India? Why they took so much time to pass section 377?

I'm not a homosexual but I’m always standing with them because I’m a human, don’t know about others. People need to understand that it is not a disease or infection which they are running away from. It is perfectly normal to feel attracted and love a person of the same sex, get yourself out of this stigma. Keep smiling- until next time.

Everyone should be treated with equality & respect.

Now, grant me leave guys. I’ll be back soon with some other issues.

Till then, take care of yourself and respect everyone.