Horror story or a Myth? 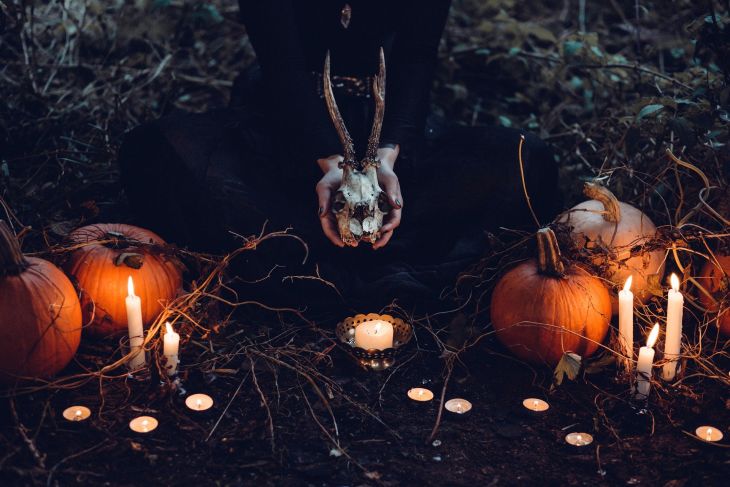 The thrill of going to a haunted house is quite strong and they have become a popular destination for a quick adventure, especially for young adults between the age group of 18-28. They provide an escape from the everyday routine and are a thirst quencher for the adventure seekers. When we talk about haunted houses, we do not refer only to the man-made places where you pay to see humans dressed up as ghosts, but the old abandoned palaces which are said to be haunted by ghosts of old kings, queens, and the wronged. These places are usually left alone by the people residing nearby and make the perfect destination for those who are infatuated by the ghost world.

There is a long-standing debate regarding the safety of these haunted destinations. Those who believe in the supernatural world feel that going to such places disturbs the peace between the supernatural entities and the living. This in return, makes them volatile and these entities retaliate in ways that are quite unpleasant for the humans who have gone with the hope of having a good night out. These people are of the view that these places better be left alone and be cleansed from time to time to keep the spirits inside. The other argument, given by those who are non-believers is that these places have been proclaimed haunted by those who claim to have seen ghosts whereas there is no proof of any such activity. They believe that it is purely adventurous to venture out into these old Havelis and palaces. The thrill, they believe, is not of the ghost, as they do not exist, but of the prospect of seeing one as our mind makes us hallucinate weird noises and presences. As of now, the veracity of the two theories is undetermined and the faith of people is based on pure speculation. However, there are certain precautions one can take before going for a horror escapade:

It is always advised that one should take people that they trust when going for a haunted experience. This will give them a shoulder to lean on in case of any troubles. Bringing people with you also helps in boosting your morale and will provide you a helping hand in case of emergency.

Haunted experiences tend to leave your stomach churning and eating a big chunk of food before you make your way to such an event will only make you throw your guts out. Eat a balanced diet filled with nutrients to avoid any such event.

Take refreshments with you in case of emergencies. Being empty stomached and dehydrated can cause you to faint which can prove dangerous at times.

While going for a haunted experience keep in mind that bringing children is extremely dangerous for their own health. Kids are easily frightened and will keep having nightmares of the haunted activities they see. Therefore, never take kids to such places.

6)    Research the place for safety

Know about the place you have planned ongoing. There might be incidents of kidnapping, theft, rape, or murders. These places are also a popular hangout point for criminals who wish to blame it on paranormal activity.

Do not go empty-handed to such destinations. Get your own torch, water, refreshments, etc to protect yourself from any harm and emergency-like situation. Be mindful and do not lose your presence of mind.

There are a lot of places in India that have been proclaimed haunted. A few of these are:

It is the topmost haunted destination in India. The story goes to a priest who fell in love with the princess. The princess was immune to his charms therefore, he spelled her to fall in love with him. When the princess found out the truth, she got the priest killed who then used his last breath to curse the entire town to be inhabitable. The fort is closed to visitors from sunset to sunrise when the paranormal activity is at its peak. It is believed that those who go in during the night never make it back.

Another famous haunted spot in Delhi Cantonment. It is supposed to be haunted by a hitch-hiking ghost of a woman clad in white. It is believed that people who stop and give her a lift are never seen again whereas people who ask her for directions spend the entire night lost in the city.

This beach is located near the Arabian sea and is said to be an old burial ground for the Hindus. According to folklore, the ash from the burning bodies got mixed up with the white sand which resulted in its black-colored sand. It is believed that those who were buried there never got peace and still linger on in today's era.

This famous film city is built on the burial ground of soldiers who were killed by Nizam. Actors who have filmed in this Bollywood ghost-like place have claimed to see paranormal activity like figures in the mirror, stuntmen facing a push from an unseeable force, chandeliers falling, equipment breaking without reason, etc. people who shoot here take extra precautions and pack up well before sunset