How Britishers Destroyed India at depth ? 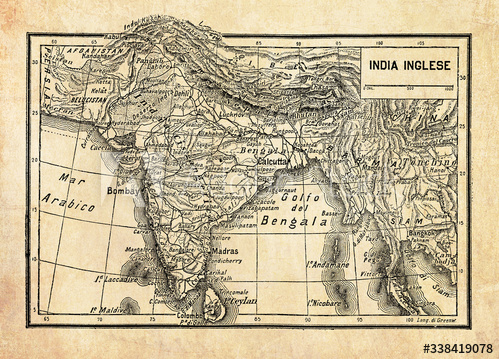 150 years ago many actual Indian Historical text were destroyed by the Cruel Britishers in order to weaken India completely , because in India very few people used to value wealth than education , and most of the people in India were confident of their knowledge. Indians Considered books and natural knowledge as their orignal wealth and because of this Britishers were facing lot of difficulties in weakening India. So they decided to destroy Indian texts completely including original Mahabharata and Ramayana. After 70 years Britishers rewrote the History of India according to their understanding capacity and they explained as they think even in Mahabharata re-written by Britishers you will notice that their is some kind of anger in the text and Duryodhan ji is shown as a very weak character in terms of knowledge and in fighting. But reality is Duryodhan is a very skilled leader and warrior in Mahabharata.

Ancient India was once known as Golden Bird for its unlimited gold and wealth. Apart from this it was also popular for it's most valuable knowledge. India was the most advance country in terms of technology , military , philosophy and medical sciences at that time. Also every reader should note that , in ancient India literacy level was more than 90%. And because of this it became very difficult for many cruel foreign invaders to defeat India. Even Alexander of Mascedonia and Timur Lang were defeated badly by powerful Indian warriors.

Some readers may comment on this post that "Actually Alexander and Timur Lang defeated India" . But I would like to advice those readers that they should explore more about hidden Indian Historical facts.

Porus with its powerful strategies faced Alexander's powerful army , and ultimately defeated him , but due to Indian - British conspiracy, British highlighted India as the weak country that was easily defeated by a Macedonian king the Alexander. Similarly Timur lang was shown as the most powerful, dangerous, cruel and bloodthirsty warrior that easily defeated India , looted India, and happily left the country. But that's not the actual truth if you have ever gone through Gurjar History you will notice that a woman namely RamPayari Gurjar badly beaten the cruel Timur lang and thrown him out of India and after that for 100 years no invader dared to attack India.

Many more incidents under British rule that were slowly weakening India took place but most horrible act was done by Britishers was that they extracted knowledge of medical science from India , learned it and re wrote it in their own language and destroyed all the Indian text related to Medical science even they killed the Indian surgeons. And showed all these text as their own research and its result. That's why today the condition is so bad that If you want to become a successful doctor you need to go to London. Every Barber in India was a surgeon.

Technology was first developed in India, According to most famous Hindu texts there were flying Raths ,and a visible screen under water where anyone can see what's happening in surrounding that was not a magic but it's a science that means Indian's developed a flying rath that must be 1/4 size of an aeroplane. And even there was a television like thing infact more advance than a television.Inventor of the mind game was India i.e The Chess. India was the only country in the world , that in its infancy it developed the most powerful attacking skills and army positioning strategies. It also developed itself in chemical science such as they developed bombs , and discovered Nitrogen and sulphur grass that was normally used as a weapon to defeat cruel people and their army. But both of these discovery's credit was given to China stating that China was having the best army tactics and technology in china was always at its peak.

After reading all kinds of re-written Hindu religious text , people started thinking and spreading that there were many flaws since the beginning in Hindu text written by Britishers. And local people started considering themselves weak in all terms whether it be medical science or technology and started following Britishers , thinking that theses Britishers are superior in terms of knowledge.

Britishers slowly divided India into small parts by providing different level of education to different communities(Hindu and Muslims).Britishers wanted to educate less and wrong to Muslims to develop strong hatred against Hindus and other communities. First mughals and Afghans took Afganistan from India. Then just because of Britishers(Mohd. Ali jinnah and Gandhi ji's agreement) India had to give Muslims another nation to live.And because of this India the golden bird lost its feathers and gold was stolen.

Still we all can see that even after Britishers left the India , their impact can easily be seen within India. In medivial India Britishers used to badly exploit India as best as they could but after British rule Indians are exploiting themselves to their best. Right now reality is that still there is lack of unity and Nationality in India that can be the biggest risk for future India.