How does the Japanese government take actions in terms of undertaking fast and successful projects? 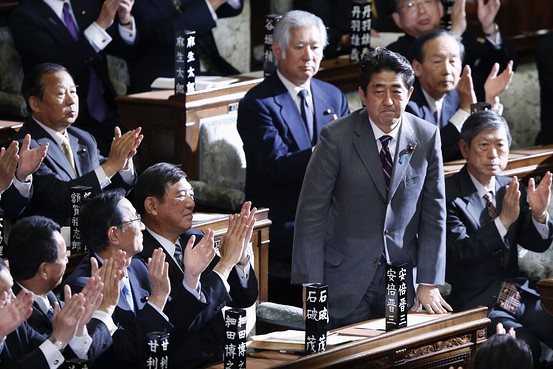 Hi, today in this article we are going to see how Japanese government take actions in terms of taking fast and successful projects. We can se Japan is a developing country and it is developing quickly, as Japan is a small country but it is 4th most developed country in world despite if being small country.

Now we going to see structure and functioning of their government:

Prime minister is the head of the Japanese government. He is getting elected by parliament of Japan, also called Diet, and he/she is a leading member of that political party. Usually, Prime minister appoints or selects different leaders from its own political party or from his allied political party and give them particular fields like agriculture, sports, study and many other sectors called ministries. Also, these miniseries are managed by some professional who spends almost all their time and becomes knowledgeable and called bureaucrats.

There are also some people or organizations outside their groups who make a contribution in decision making.

In Japan, usually the prime minister is the one who proposes almost all legislation. And it is usually drawn up by government bureaucrats. Therefore, if someone want to make some changes in any decision he can directly ask to Prime Minister or any Minister under the Prime Minister instead of going to ever individual person of parliament.

When the Japanese government reach at the point called decision, they claim that they are in the action stage. Usually top management refers the decision to “appropriate people.” a term given by Japanese. Their decision is the topmost decision.

In Japan there is nothing like reservation and all, so every one gets equal opportunity and deserved one gets chance and he/she use that opportunity do their best for government and country. But in some countries there is reservation and due to that deserved people doesn't get selected and the one got selected isn't deserving, they just enjoy and that's why these countries process is slow.

Japanese government does not keep their projects pending, if they started a project they finishes that project in short span of time. But some countries government start the project and keeps that pending for months and years and they resume it at the time of elections. That's why Japan is developing quickly.

So that's it from my side, I am concluding my article by saying Japanese government does decision making very quickly but precisely. If any country wants to be developed as quick as Japan is developing then they must imply Japanese method of decision-making.