HOW MUCH DO YOU KNOW ABOUT THEM? 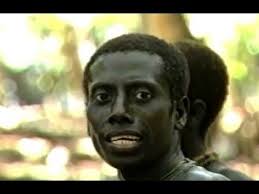 Getting to know about different cultures and the traditions that people belonging them follow has always been an interesting and indispensable thought to ponder upon. We live in a society where communities proclaim faith in different religions and their ideologies, where people worship disparate gods and goddesses and endeavor to make their lifestyles in par with their cultural notions and traditions. Thanks to the notion of public morality and humanity that we rather than undermining other faiths and cultures endeavor to acknowledge and respect them.

Emile Durkheim, the renowned sociologist has rightly expressed his views on ‘society’ as a part of his theory on ‘Collective Conscience’ when he says that, ‘social integration’, or the strength of ties that people have to their social groups, was a key factor in social life.’ But, did you ever know of a tribe that lives in absolute isolation and in fact loves to have the least contact with us? Yes! The ‘Sentinelese’ is the tribe that resides in the small forested island called the North Sentinel situated in the Bay of Bengal. They belong to a broader class of Andamanese people who comprises an indigenous tribe living in the Andaman and Nicobar archipelago of India. What is interesting about this tribe is that they absolutely have no desire for social interaction and they consistently resist any kind of interaction with the outsiders. Less is known about them owing to the fact that Sentinelese are hostile to outsiders and usually attack anyone who tries to indulge in their affairs and hinders their solidarity.

We can clearly figure out the extent of isolation they preach from an event in the 1970s when the members of this tribe wounded the director of a National Geographic Documentary on Andamans. In 2006, bodies of two fishermen poachers were found on the shores of the island after they had been killed by the Sentinelese. Recently, the death of an American missionary was found dead on the Sentinelese Island. These disturbing incidents manifestly reveal that the tribe is still living a primitive lifestyle and follow primeval activities. The source of their livelihood largely depends upon the primary activity of hunting and gathering.

From the considerable knowledge that the anthropologists could gather from their precarious visits and limited contacts with the tribe, it is found that the prefer building narrowboats and communal huts with several hearths for different families. Women Sentinelese wears head, waist, and neck bands made up of fiber strings while the men wear necklaces and thicker waistbands along with carting weapons like arrows, bows, and spears.

The tribe lacks immunity to fight health diseases and thus lies at the high risk of getting extinct in the near future if not taken due care of. The difficulty in bringing such care begins when the tribe wisely makes it clear that it would not allow any kind of interaction and contact with the outside world. From the distance, it can be noted that the Sentinelese are strong and healthy. They have survived the attempt of the Britishers who tried to bring the entire Andamans into their notion of ‘civilization’ by capturing their islands and ruling upon them. However, after several gifts dropping trips (of coconuts, bananas, and iron) to the forest island of the tribe, and getting a hostile reaction from the Sentinelese, the authorities decided to end these trips. This step was taken to let the tribe which has been surviving and living for approximately 55,000 years, sustain on their own.

What we as individuals living in a civilized society can infer from the thrilling livelihood of the Sentinelese perhaps is that it is sometimes better to let people or communities sustain on their own. It is at times in the best of their interests to leave them at the exact juncture they want to be. The sanctity of the mother earth lies in the vibrant and beautiful nature it holds and the divergent communities that it nurtures. We as human beings must always endeavor to show respect and compassion towards others of our kind.