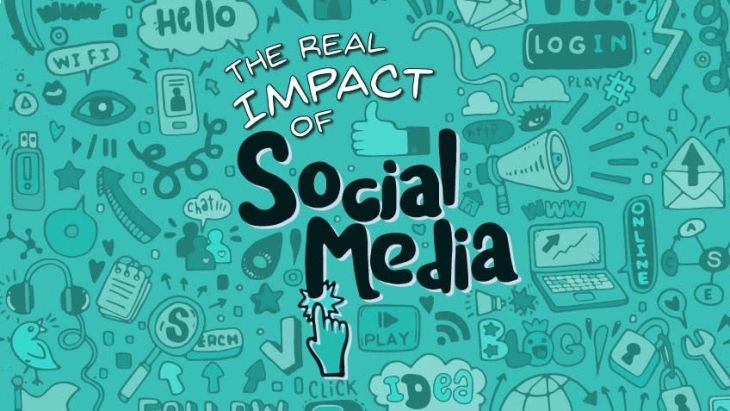 Social Media is an interactive Web 2.0 Internet-based application that facilitates the creation and exchange of information, ideas, interests etc. via virtual networks. Social Media has now become an inextricable part of our lives. From giving us news updates to fashion trends, there is nothing that can’t be accessed through social media. Besides, it has also affected our culture in both positive and negative ways.

SOME PROS OF SOCIAL MEDIA: -

Social Media has increased the interactions between people and has created an environment where everyone can share their opinions, emotions, pictures and other stuff in just a click. It has improved the way people used to live in the earlier days. Their creativity and awareness levels have touched new heights. Social Media has developed more business opportunities. People have started to buy things online. The country barriers are no more. Anyone from any country can connect with another person irrespective of the country he/she lives in. It has become really easy to get access to breaking news and make new friends from all around the world, thus widening one’s world.

It is no doubt that the internet and social media are powerful tools that help in the mobilization of people but it is not its own technological imperative that allows social media to play a prominent role in social protests.

In the early 19th century, artists sought to capture their subjects through the portrait of individuals who were absorbed in the act of reading a book, but today’s picture is totally the opposite, pictures of people standing in the middle of a crowd captivated by what they are reading on their smartphones. Social media can influence the shape and influence of human behaviour positively but it has played a significant role in recent outbreaks.

The mushrooming of Occupy protests, the Arab Spring, which was a protest of the people against the government of Ukraine was mainly due to the resources which were provided by social media. Many observers believe that the impact of social media on the minds and lives of people is so huge that it can easily promote public engagements and therefore democratize public life.

One such example is the radicalization of young Muslims. Social media has incited the Muslim youths to radicalize many times. This was all because the Muslims visited the jihadist websites and they went through the process of self-radicalization. They were drawn towards Islam and needed a platform to follow their ideals and interact with others about their views and opinions, which was provided to them by Social Media. These websites play the role of strengthening the sentiments and feelings of the people who visit that site. It basically provides a medium through which the pre-existing sentiments gain openness and clarity. Looking at this example we can say that, social media has stimulated the emergent Western Jihadist youth sub-culture to a great extent.

Everyday culture has also been deeply affected by the internet and social media. The bedroom culture among youths is mediated through phones, social media and the internet. The confinement of children indoors is described as the bedroom culture. Friendship interactions are conducted mainly through social media rather than offline engagements. Texting and online communications have led to the evolution of the language people speak. New rituals and new symbolic language have become part of their lifestyle.

Though social media has increased the awareness regarding societal issues, the question remains unchanged, as to whether this awareness is translating into real change or not. People have started to use social media to express their concerns on social issues without engaging in the issue in reality. All they do is putting a status on WhatsApp or hitting the Like button on Facebook and Instagram posts. This act of not engaging in real life and expressing things on social media is known as Slacktivism.

Though social media has proven to be a great medium of change in everyone’s life the cons cannot be cut-out. It has proven to affect the youth in an inappropriate way by making them used to the internet and tempting them to sites containing information that is not appropriate for them at their age level. There are tons of unnecessary information shared by people on social media and resisting from them is like dodging a bullet as the sites lure the youths to the extent of making it impossible to resist them. So, social media does have both kinds of effects on our culture but the cons totally outperform the pros and we should consider these cons while surfing through the internet and using social media.