Is social media all about hypocrisy? 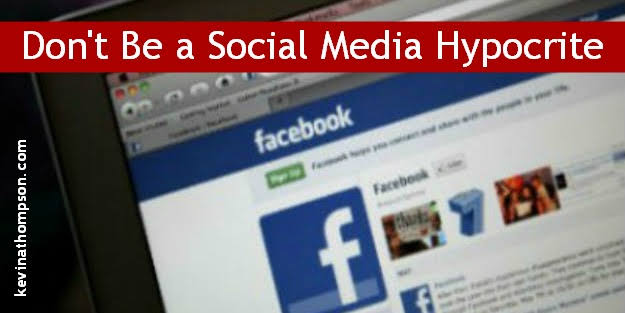 We all know the hype of social media in gen z. I mean who doesn't use social media nowadays. One needs to have a social life. Social media is a medium through which we try to fit in a society of cool teens.

Starting with, what exactly is social media?

Social media is a platform where we can interact with different and interesting people across the world, and also share our thoughts and emotions. So basically it helps us to connect to people from different parts of countries and also helps us build our networks.

Coming to the meaning of hypocrisy, who do you think a hypocrite is?

In simple words, when someone says one thing, but does not believe or follow it himself or herself, that person is called a hypocrite.

Now talking about social hypocrisy. 78% or More people on social media portray themselves as better, unique and genuine personalities, they tend to hide their real identity either by overrating themselves or showing up as a self-deprecating person.

"Some people aren't really all that they "post" to be."

A fool finds no plea

A fool finds no pleasure in understanding, but delights in sharing his own opinions.IF 'ALL LIVES MATTER, THEN WHY DON'T WE HAVE UNIVERSAL HEALTHCARE? AND WHY ARE PRISONS PRIVATIZED? AND WHY ARE THERE STILL HOMELESS PEOPLE?

Freedom of Speech is Not a Licence to abuse. It is a responsibility.

I've been on social media for like more than 5 years now, and I've seen people fake their lifestyle just for validation from strangers.

When you show up your social media life as perfect when in reality it is not, people who follow you start being jealous and also start comparing your life with theirs which results in them copying you which surely isn't right.

"Sometimes you have to take people for who they say they are, because eventually the person they really are will be revealed."

To conclude this article, this point needs to be highlighted as hypocrisy will not take you higher in your life, it will only create a fake perspective of you among your peer group and other people.

Hypocrisy is not something to be proud of rather it gives complex to other people and this needs to be stopped as soon as possible.