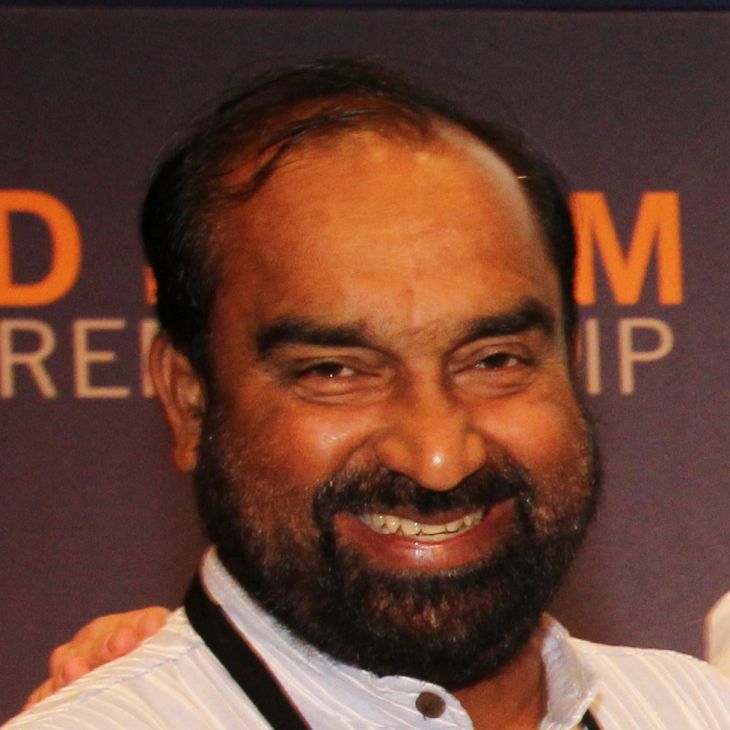 Joseph Madiath was born on December 3, 1950. He is an Indian social entrepreneur and the founder of Gram Vikas which is a non-government organisation based in Orissa, India. Gram Vikas lays emphasis on common concerns like water and sanitation to unite and empower rural communities.

Joe Madiath’s social works started at the tender age of 12 years when he helped the workers working under his father to get them better facilities at the workplace. Looking at his son’s deeds his father sent him to boarding school in Kerala. Years later, Madiath’s father finally accepted his son’s wish to become a social entrepreneur.

Madiath studied English literature at the University of Madras and he was the President of the Students’ Union of Loyola College, Chennai. In college, he founded the Young Students’ Movement for Development (YSMD). He led 400 YSMD volunteers to West Bengal to manage the relief camps for refugees from the Bangladesh Liberation War. Having witnessed the devastating Orissa Cyclone in 1971, he and some of his volunteers carried out the relief works there and after the completion of relief work, he and his colleagues stayed in Orissa to work as development activists. After the development works, they then moved to Ganjam district in 1976 and helped the Adivasi communities and founded Gram Vikas in 1979.

Since 1979, he has been serving as the Executive Director of Gram Vikas and has carried out many development works in rural Orissa including biogas production, community forestry, rural habitat development, etc. But keeping all this aside his main work has been on water and sanitation for the areas of Orissa.

Gram Vikas understands the importance of proper drinking water and sanitation and to achieve this motive they bring the villagers together and direct their efforts towards the goals.

WORK ON WATER AND SANITATION: -

He has worked with the village communities in eliminating open defecation which has significantly reduced the cases of water-borne diseases in the area. Also, he has helped in building disaster-proof houses, enabling thousands of women to lead the village institutions and also promoted girl-child education in the village. Gram Vikas has been successfully able to provide water and sanitation services to nearly 83,000 households, not only in Orissa but also in many parts of Jharkhand, Madhya Pradesh and Andhra Pradesh.

Joe has also founded four tribal residential schools called the Gram Vikas Residential School which provide education to the students from far-off places like Gujarat, Gajapati and Kalahandi in Orissa. The strength of children studying in these schools is well over 1200 tribal kids and has all the basic facilities like active sports program, science and technology program and a government-funded Tinkering Lab too.

Joe Madiath and his foundation, Gram Vikas have been mentioned in the book Poor Economics authored by Abhijit Banerjee and Esther Duflo, who were two of the 2019 Nobel Prize laureates in the field of Economics. He has been described by them as a man with a self-deprecating sense of humour who attends the World Economic Forum held in Switzerland in homespun cotton.

The people working by his side in Gram Vikas believe that Joe has the uncanny ability to sense what all needs to be done in the village and he was of interacting with people is beyond par. He a true role model as to what a person should do in times of uncertainties and deal with the most difficult times of their lives easier.

The work Joe Madiath has done for the people and tribal of several other states is really commendable and unmatchable. He never lived for the betterment of himself or the way he lives. He is one of the simplest men and has the main aim of improving the lives of poor people by giving them the best amenities possible. Today, he has successfully been able to add up 400 volunteers in Gram Vikas which represents the level at which he and his team are contributing to the lives of the common man. He has a soft corner in the hearts of every person who have worked by his side and has become a role model for everyone who has an urge to become a social activist.