By- Utkarsh
I am a student pursuing Chartered Accountancy and currently I am at Intermediate level. Also, I am pursuing B.Com from Delhi University.
0 likes followers Views
U 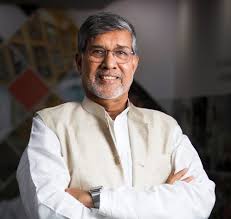 Kailash Satyarthi was born on 11th January 1954 in Vidisha, Madhya Pradesh. He is an Indian social reformer who campaigned to remove the roots of social evils like child labour from our country. He also advocated the universal Right to Education. He along with Malala Yousafzai received the Nobel Peace Prize in the year 2014, for their commendable struggle against the suppression of children and young people for the right of all to education. He is also the founder of many social activist organisations like Bachpan Bachao Andolan, Global March Against Child Labour, Global Campaign for Education and Kailash Satyarthi Children’s Foundation.

He and his team have liberated more than 90,000 from the shackles of child labour, slavery and child abuse. In the year 1988, he conceived and led an 80,000 km march across 103 countries to put forward a demand for a change in the reforms of child labour.

HOW HE ADVOCATED CHILDREN EDUCATION: -

At the very beginning phases of his life when he just started schooling, he saw a cobbler’s son nearly his age working near the school. So, after his school was over, he asked his headmaster why he was in the school and cobbler’s son wasn’t. His headmaster told him that the cobbler didn’t have enough money to send his child to school. He was not satisfied with his headmaster’s reply so he asked the cobbler the reason for the same and the cobbler told him that they are destined to work as his father was a cobbler so the son had to be a cobbler too but this too was dissatisfactory for Kailash Satyarthi.

At the very young age of just 11, he was concerned about the children who were not able to get elementary school education due to money constraints. He started a soccer club of his own and he used the membership dues to pay the fees for the education of poor children. He realized that the students for whom he paid the fees had dropped out as they were not able to afford the books. So, after the end of the school year, education, he used to go from house to house to ask the parents to donate the old books of their children so that he could give those books to the poor for the next year.

As an adult, he earned many advanced engineering degrees and became a lecturer for quite some time but by 1980 he left his academic career and founded the Bachpan Bachao Andolan, the Save Childhood Movement with the vision of creating an India where children are free from exploitation and can get free education.

Indian laws did have the provisions for abolishing child labour from the country but the enforcement and execution of these provisions was a prodigious task. After getting children free from the clutches of child labour when he asked them to attend schools then in return, he himself was humiliated many times by being told that the children were dirty, uncared for and keeping such children in school was an insult for the school. When he asked his friends the reason for this then he came to know that this was the problem of the Indian Constitution as Education was not grouped as a right in the Constitution until 2001 when a mass campaign led to the classification of the Right to Education as a human right via 86th amendment in our Constitution.

OTHER CONTRIBUTIONS AND FEATS: -

Awards are less for a personality like him. One of the least talked and one of the greatest sources of inspiration for the young generation who have just become self-oriented which is good to a limit but they should think about those who are not able to get even a small percentage of what they have with them. So, taking inspiration from Kailash Satyarthi we all should contribute our bit towards the education of the poor and their protection of rights.