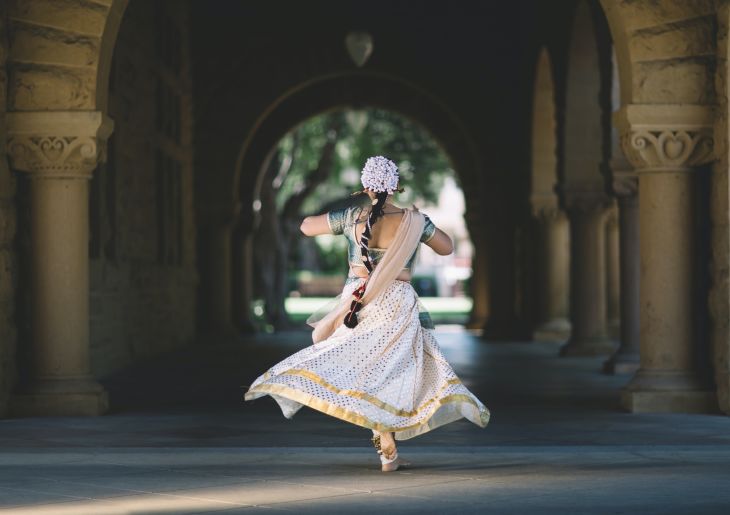 Dance has always been an integral part of Indian culture and is a medium to express emotions. Various classical dance forms have evolved across India, with Natya Sastra (the earliest elaborated handbook on music and dance) as a base. The most prominent classical dance forms are Bharatanatyam, Kathak, Kuchipudi, Sattriya, Manipuri, and Mohiniyattam.

Of all the dance forms, one of the most elegant dance forms of India is Kathak. It has its origins in the Northern part of India with a name based on the Sanskrit word Katha, which means story, meaning it primarily focuses on the concept of storytelling.

This art form is well known for the swift and sharp footwork, movements filled with grace. The synchronized fluid movements with spins leave the audience completely mesmerized.

It also bears similarities with other dance forms of the world like Belly dancing, Flamenco, Tap dance, and Ballet, particularly in the swift footwork, movements like spins, and coverage of space.

Kathak originated in the North Indian villages, where people shared their stories through dance. These people known as Kathakars were nomadic and traveled to various kingdoms and villages. During their travel, they would stay in the Hindu temples. The priests encouraged them to tell stories based on the Mahabharata, Ramayana, Puranas, and Vedas. Hence it transformed into a temple dance.

Later, when the Mughals looted the temples during their conquests, they also captured dancers and made them the court dancers. The focus shifted from worship to appeasement of the Emperor. The influence of the Muslim culture was on dance, jewelry, costumes, and music. The dance form was a blend of Hindu and Muslim traditions, thus, forming the base for what Kathak is today.

Later, the British did not encourage dance. This didn't stop the renowned dancers, and they continued to teach the dance to their family members in their houses which gave rise to the term called Gharanas.

Due to their efforts, Kathak survived and thrived for years through the guru-shishya tradition and gave birth to 3 significant gharanas, namely Lucknow, Jaipur, and Benaras.

Post-Independence, Kathak got its due respect, and ever since then, many celebrated performers have evolved by taking the dance form to its highest pinnacle. 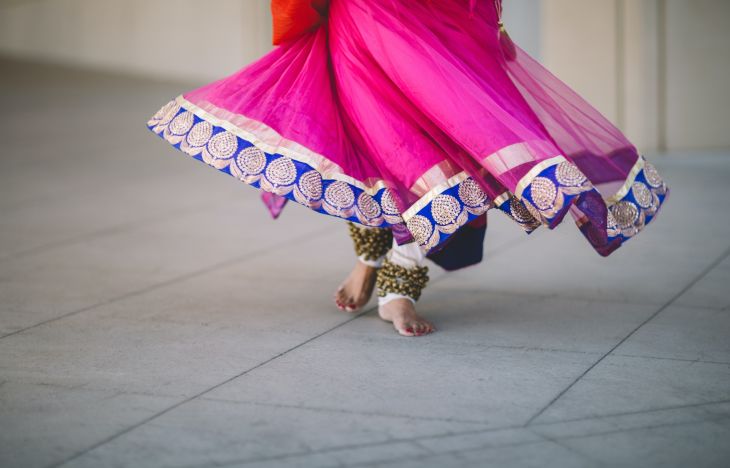 Why should one learn Kathak?

Due to the increase in the awareness to keep the classical dance forms alive, Kathak is still popular amongst the young people interested in learning dance. However, the artists are facing a few challenges when it comes to stage performances.

Another challenge is the funding. Organizing a program requires a lot of planning, skill, and knowledge that currently run on a budget of Rs 15 to 20 lakh. However, there is a dire need to increase this to Rs 2-3 crores to promote and encourage the artists.

Apart from these, since the dance form demands years of dedication and hard work to learn, many people drop out mid-way and do not pursue it for a lifetime. Due to this, the number of trained people to pass on the art to further generations is reducing. This will jeopardize not just Kathak but also the rest of the classical dance forms.

Hence, We should pursue the art form if started. Else, at least encourage our children to learn classical dance forms, like Kathak, to continue the tradition.