Lockdown a reward to environment 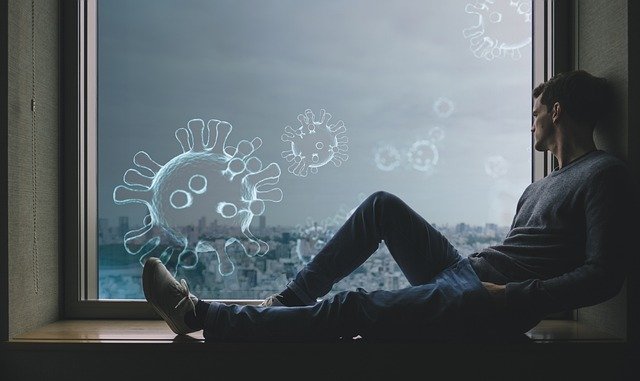 The pandemic caused governments around the world to introduce lockdowns in early 2020, temporarily closing workplaces and emptying roads and public spaces. As economic activity slowed, so did emissions of air pollutants. Almost a year later, the effect that all this had on the air we breathe is becoming clear.

The most straightforward way to determine the effects of lockdown on air quality is to compare measurements before and after the date that the lockdown began.

The problem arises for the human in the lockdown was a prize to the nature and animals in return. The environmental changes occurs and was seen easily.

Below is a case study by a non profit organizations about the changes int he ozone occurs in the pandemic times.

Our study looked at levels of NO₂, ozone (O₃) and fine particles, such as soot (smaller than 2.5 micrometres; also known as PM2.5). NO₂ is emitted from vehicle exhausts, power station chimneys and gas boilers. Ground-level ozone, unlike that in the protective layer in the stratosphere 20 km above the earth, is an air pollutant that forms when hydrocarbons and nitrogen oxides (NOₓ) react in sunlight. Fine particles are emitted from a range of sources in industry, traffic and agriculture, and are small enough to be inhaled directly into the lungs. They can also be formed in the atmosphere from gasesous pollutants. All of these pollutants are harmful to human health and cause a range of heart and lung conditions.

Across all of the cities we studied, NO₂ levels fell during lockdown, but the effect was smaller than levels measured before and after would suggest. In Wuhan for example, measured NO₂ concentrations fell by 47% between the second and fifth week of lockdown, but some of this was due to weather and seasonal changes that would have happened anyway. The lockdown alone accounted for 34%.

Measured changes in NO₂ were highest at sites located closest to roads. But NO₂ levels fell by less than the overall change in traffic would suggest. That’s because the number of heavily emitting vehicles on roads, such as diesel-powered freight trucks, fell only slightly compared to commuter traffic.

Ozone levels actually increased at most locations during lockdown, by as little as 2% in some places but up to 30% in others. This was largely because traffic emissions of nitrogen oxides would usually have removed some of this ozone by reacting with it.

Lockdown caused levels of PM2.5 to fall in most of the cities we studied, as primary emissions from road traffic and other sources fell. But high concentrations of PM2.5 were still recorded during lockdown, particularly in Beijing, London and Paris. One possible reason is that weather patterns caused pollution from regions with lots of heavy industry to drift over cities. Another is that the changing chemical nature of the atmosphere during lockdown caused more gaseous compounds in the air to convert to these fine particles.

The lockdowns were an inadvertent global experiment that produced cleaner air for many millions of people. The reductions in NO₂ alone will have brought widespread health benefits and, had these continued, would have allowed most cities to meet air quality guidelines set by the World Health Organization. But this will have been offset by increases in ozone, and many of the changes are smaller than we originally thought – highlighting how great the challenge of cleaning up our air is. A systematic approach to controlling air pollution, tailored to each city and considering all pollutant types, would deliver the greatest health benefits.

In some ways, lockdowns allow us to see into the future. The changes in NO₂ in UK cities during lockdown reflect what is expected between 2027 and 2030, as emissions from fossil-fuelled vehicles are phased out by electric alternatives.

While carbon dioxide (CO₂) mixes in the atmosphere on a global scale and can endure for several hundred years, pollutants like NO₂ last a day or so in the air and remain close to their source. The lesson to take from lockdown is that aggressive action to eliminate sources of CO₂ – an international effort to tackle a global issue – will also bring immediate benefits for air quality and health in your neighbourhood.

Things may get well, the environmental conditions may better in future. The pandemic makes the humans realize the beauty of nature and how to keep it nurtune.