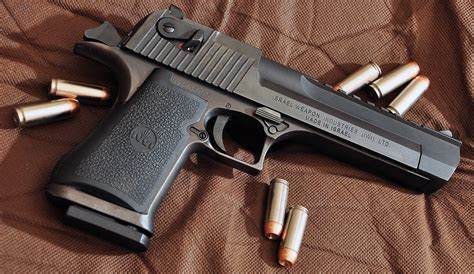 A dim lit room which smells of freesias, and two girls. One with a black imperial scorpion imprinted on her shoulder, black eyes and black hair up to her shoulder length. Diamond earrings and a bracelet of platinum. ‘V’ marked on the bracelet. She was wearing a black shirt and denim jeans with olive coloured chelsea boots. Her eyes tell she is too fierce and independent, careless and maybe lenient in work. Another girl, walnut-wood eyes and black hair, round face and subtle hair hanging till the shoulder. She was wearing white kurta and light-blur jeans with ivory pendant and black sandals. She is calm, looks responsible and pragmatic.

‘Shreya, we have to go.’ The girl in the scorpion on her shoulder finally spoke shattering the silence amidst. ‘Where?’ Shreya asked, she was not too comfortable with the other girl or maybe too irresolute to decide. ‘Marcus, he is hurt.’ Vishakha replied, and she can clearly see the expression of retaliation on Shreya’s face.

She didn’t say anything, but stood and started walking towards the door, eying the ground. ‘I know you don’t want to go but still, he helped me when I needed it. I hope we could at le…’ Vishakha was trying to convince her, but she was not opposing now, she was just following her lead, walking like a zombie with no expression, cold face turning red with every step she talked towards the parking lot, her eyes still quarrying the floor. The flooring was beautiful, caramel in background colour filled with perfectly shaped rhododendron flowers of rape, lobelia, freesia and iris.

‘Aren’t they beautiful?’ Vishakha said when she noticed Shreya vigorously staring at the flooring. ‘I only like orchids.’

‘Yes, I know. I thought you just … okay leave it. Tell me are you going to punch him in the face or not.’ Vishakha asked with all the enthusiasm she could show, Shreya was still dull. Her expression didn’t change but she said ‘I am not going to give him any attention, he is not in my life anymore.’

Vishakha didn’t say anything, they both hopped in a car, black sedan. Vishakha grabbed the steering and started the engine. Shreya was still in her dreams, staring outside from the window, whirling her dreams to slit the ruthless realities of life past her.

‘Where are we headed?’ Shreya finally asked after several minutes of drive. ‘Somewhere near the Juream church, around 10 or 15 miles from it.’ Vishakha replied, and Shreya was confused for a moment, trying to figure out why Marcus went to a place like that and how he is hurt. He used to be good at it she thought. Now, she again dwell in her whirls of dreams.

After a long silence, they finally reached there. Vishakha parked the car, grabbed her mobile and tried calling Marcus but couldn’t connect. She then stepped out of the car, Shreya followed her and they walked around to get a clue about Marcus.

Finally, they saw a man waving at them, it was the physicist who treated Marcus, he directed through a old iron door which opens in the storeroom of his shop, where Marcus was lying on the floor subconscious. ‘How did you recognise me?’ Vishakha asked the man. ‘He showed me a picture of you, told me you will be coming to pick him.

And Marcus was getting his consciousness back, slowly opening his and saw some faces he can recognise. He was happy to see them and it can be seen perfectly on his face. Vishakha was excited too, but Shreya was troubled by her lethargy. ‘How are you, Shreya?’ Marcus asked. Shreya turned away from him, avoiding him completely, showing that she is not up to for any conversation.

‘Its complicated.’ Marcus smiled and answered, but there was something unsaid, something more than just complicated. ‘I will understand, boy. Try me.’ Shopkeeper was pushing it further, Vishakha smiled and walked towards the shopkeeper and said ‘Okay, so what happened was …’