MOTHER OF A THOUSAND CHILDREN 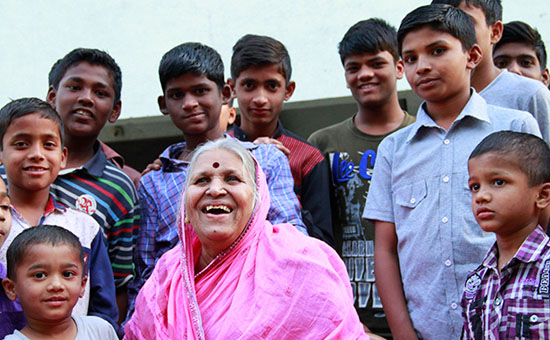 A very warm welcome to my dear readers.

I hope you all are doing great in your life and being safe as COVID-19 hasn't been eradicated yet.

Guys, today I am here to highlight about a person with pure soul whose name is Sindhutai Sapkal. She was born on 14 November, 1948, in the Wardha district of Maharashtra. This lady has a sympathetic past and is an inspiration to all those women who suffer a lot in their lives, to fight from their problems and get them a better life.

Sindhutai is a social activist, popularly known as “Mother of Orphans”.

Sindhutai was an unwanted baby girl whose mother refused to accept her. She was treated badly by her mother. But her father supported her and made her get some education. Due to poor financial condition of her family, she was unable to be well educated. As soon as she passed her 4th standard at the age of 12, she got married to a 20-year-old man.

By the time Sindhutai reached the age of 20, she was nurturing her three sons. At the same age, Sindhutai bore another baby in her womb. While she was pregnant, her husband brutally beaten her and left her dying & begging for survival. She started to beg and eat at railway station. In these unfavorable circumstances, she gave birth to her 4th kid, a baby girl, in a cow shelter. She continued to survive by begging.

In this constant tussle to survive, she found herself in Chikaldara, situated in the Amravati district of Maharashtra. Here, due to a tiger preservation project, 84 tribal villages were evacuated. Amidst the confusion, a project officer impounded 132 cows of Adivasi villagers and one of the cows died. Sindhutai decided to fight for proper rehabilitation of the helpless tribal villagers. Her efforts were acknowledged by the Minister of Forests and he made appropriate arrangements for alternative relocation.

Sindhutai, went to her mother for help in the process of survival but she refused to provide her shelter and asked her to go away. Later on, she continued to beg for food in railway stations. In the process, she found a number of orphan children performing the same routine for their survival. Finally, she decided to fight against the situation and adopted all the orphan kids who came in front of her. Now, she started to beg vigorously to feed her adopted children .She donated her biological child to the trust Shrimant Dagdu Sheth Halwai, Pune; to eliminate the feeling of partiality between her biological child and the adopted children,

Sapkal has devoted herself to orphans. As a result, she is fondly called "Mai", which means "mother".