NANI PALKHIVALA & THE CONSTITUTION OF INDIA 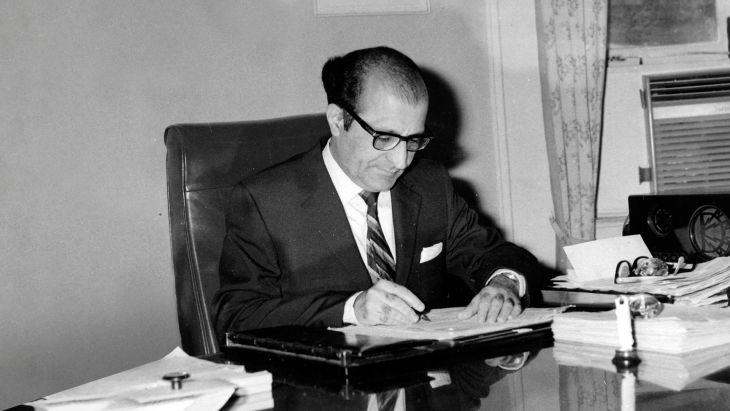 A lawyer, arguing and fighting a case against Indira Gandhi when she was arguably the most powerful person, chosen leader of the world’s biggest democracy showcasing land-sliding results. The lawyer was trying to restrict powers of Mrs. Gandhi, trying to control parliamentary affairs by the judiciary.

“How can Mrs. Indira Gandhi become any more powerful than she is today?” were his exact words. And exactly 36 hours later, an emergency was imposed and fundamental rights of every Indian were suspended.

The lawyer was Nanabhoy Ardeshir Palkhivala, popularly known as Nani Palkhival. His journey started in a middle class family, he was brilliant at school. He was born in Bombay, in 1920 and attained schooling from Master’s Tutorial High School. He had a problem of stammering, which could not stop him from being outstanding in his performances. He then completed his after school studies from St. Xavier’s College of Bombay. He was a master in English Literature.

Nani was applying for Lecturer’s job at Bombay University. But unfortunately he did get the role. Then he started his career in a new track, he joined the chamber of Sir Jamshedji Kanga in Bombay and started his life with Bombay High Court.

He commenced consulting young counsels and then was promoted to a junior counsel. In just a couple of years Nani was handling cases and became dearest to many of his colleagues.

The constitution is treated as a person, living and evolving through time with amendments and new laws that are made in the legislation. Nani first took cases of income taxes and monetary disputes that jeopardized the laws. He was also a great economist and his books are still referred to by pioneers of the field. 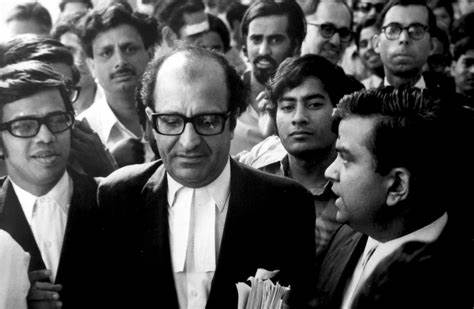 After the dawn of a new morning in our country, the continuous stacking of list of amendments was condemnable. The legislative authorities were not leaving any stone unturned to turn the tables around. But Nanabhoy Palkhivala was standing amidst all odds, defending the very democratic privileges we all enjoy today.

The era between the 1950s to 1970s was a great hustle between the judiciary and legislation. Governments were making amendments to hold more power and diminish the rights of people of India. The most famous incident of judiciary then happened in 1973 when case of Keshavananda Bharti VS State of Kerala. The highest number of Judges were tabled for this case, that is thirteen. And was a throat cut case.

Nani Palkhivala came forward to defend the constitution for the sake of innocent people. He argued incredibly, making odds in favor and by 7-6 they won the case. This case gave the landmark judgment considering doctrine of basic structure of the constitution; and this case also told the government that the powers of legislation are not omnipotent to amend the constitution.

After that also, when Mrs. Gandhi again tried to amend the constitution to set herself free from every possible crime she committed by passing a bill in the parliament stating that it shall grant unconditional pardon to every Prime Minister whosoever have held the post in any possible circumstances. Nani again challenged this bill, made it null and void after the judicial review, again on the basis of the fundamental structure of the constitution.

Nani Palkhivala ahd zeal to promote free speech of individuals and also for the press, the rights press enjoys today are because of Nani palkhivala.

Nanabhoy palkhivala told the world that you need to believe in yourself before the world does and then you can prove yourself. He was probably the most famous advocate, and he had a problem of stammering.

He failed, lost but he never quit. He knows he can do it, so he did it; fought against the strongest winds to win.