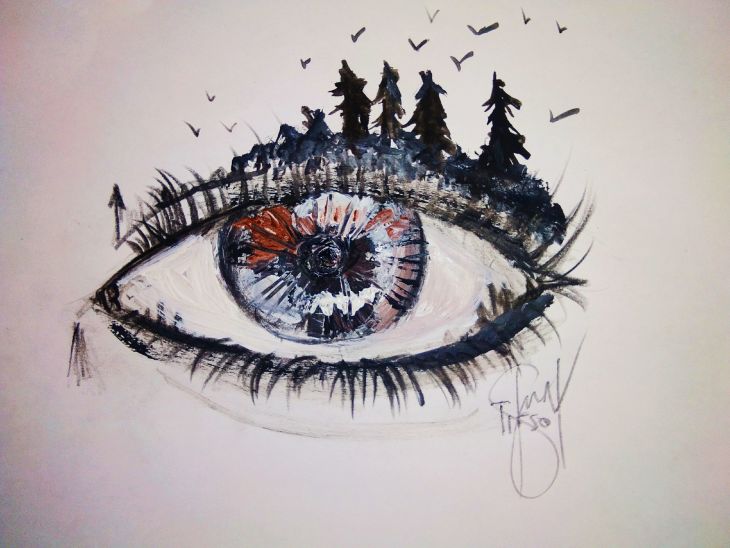 How many times are they are you just the way you dress up or the kind of attitude you have? How many times a day do you judge someone else's apperance or even the way the they talk?

For each of us, it is a natural human response to be curious about those around us. Some people are intrigued about celebrities in magazines. But sometimes these behaviours go beyond what is deemed appropriate and acceptable.People often find it easier to judge and assume than to view a world beyond ‘black and white’. But to base your opinion of someone on ignorance and stereotypes, can be very harmful to the person involved.

Every person deserves the right to be understood and not to be unfairly judged. When you take the time to give people a chance, you might see that they are not at all like they seem. And then maybe the judgment you feel towards them… might later become acceptance and understanding. 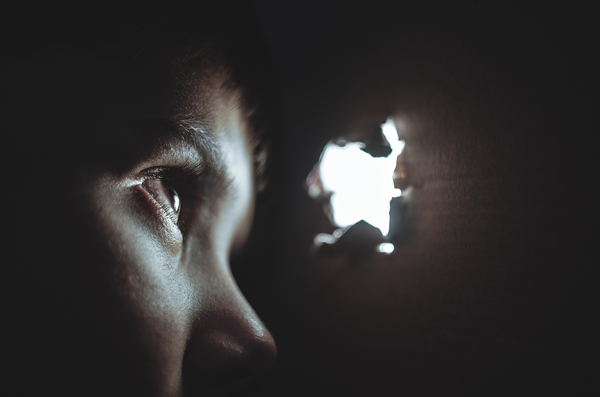 I have respect for every single people on the earth. But when it came to an incident or accident or a person’s character, everyone has a poor judgmental mind. Take an example of people’s reactions on another wrong or good doings. Its very common that we people judge others in a very short period of time. Its a very bad thing to judge others. Its not in our religion also, religion doesn’t permit us to judge others. But its in our blood to judge other people. Try to not judge anyone and let us see ourselves that how our thinking has changed.

In our day to day lives we saw different things at different times. In between these different things there are many criminal activities, good activities and many more activities. Again take an example of people convicted murderer or something in court. But we have to provide valid proof to make the things go in correct way. Then what is point of taking oath of any holy books. Specially in India no one believes anyone’s word. We have seen in bollywood movies that people are taking bribe to be a witness. They are not afraid of anything whether they are telling the truth or not. So there is no point of taking oath. And if you are telling the truth, you you have to provide valid proof. Atlast judgement are made through valid proofs. So its an insult to holy books that you are taking oath and no one is believing you that means no one believes in holy books.

"No one is born ugly, we're just born in a judgemental society "~ Kim Namjoon

We have become judgmental in nature. I believe that this is the most common and usual thing that we do in our lives today. Judging others is a part of our daily lives today without knowing how bad and unworthy a trait it is to possess; we carry on doing it every instant. Merely this simple thing that we do has adverse effects on the human development and growth yet we carry on doing so without even noticing it for a single second. It exists in every woman and man of the society today and is within itself the greatest testimony of our ignorance. 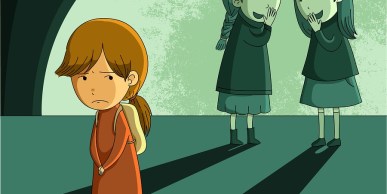 We may become educated yet we shall remain ignorant till we understand for a fact that we shall need to stop judging in order to embrace life and celebrate diversity without which actual progress may never be achieved.Why do we judge people? Whether it’s giving that girl in the too-tight outfit a crappy glance, or talking about people who sometimes make mistakes? What gives anyone the right to say anything? I will admit that I have done my fair shares, I believe at some time or another all of us have. But why? Jealousy? Or so we really have a dislike for certain people that we haven’t even met? Nothing feels worse than judging someone, and then getting to know them better, and knowing what kind of a person you were to them. Often times the circumstances that lead to judge other are not true or not the whole story. What kind of person does that make you or me? I know that we have all done or said things in the past that we are not proud of. What if someone only knew that about you? They didn’t know the real you, but because of your “mistake” they took it upon themselves to figure that you were a bad person. I know a lot of us have been judged, knowing the pain of that, why do we still judged others? This is something I have been thinking about for a long time. Every time I walked through the halls, you will always see someone saying something bad about someone I swear life would be so much better if everyone would grow up and stop judging each other.Judging people is wrong. You see? Just because someone has piercings or tattoos, doesn’t mean that he/she is a bad person. Stop judging so much on appearance and start getting to know people. Everyone has a story. Everyone has gone through something that has changed them. So, don’t judge. You were born to be real. Not perfect. You’re here to be you, not to be something you’re not. Stand up for yourself, look them in the eye, and say “Don’t judge me until you know me.” What’s wrong with just being you? Nothing. People judge by appearance, but God looks at the heart. Judging a person does not define who they are. It defines who you are. Don’t judge a person’s walk if you haven’t worn their shoes.

"Doubt yourself and you doubt everything you see. Judge yourself and you see judges everywhere. But if you listen to the sound of your own voice, you can rise above doubt and judgment. And you can see forever.” ~Nancy Lopez 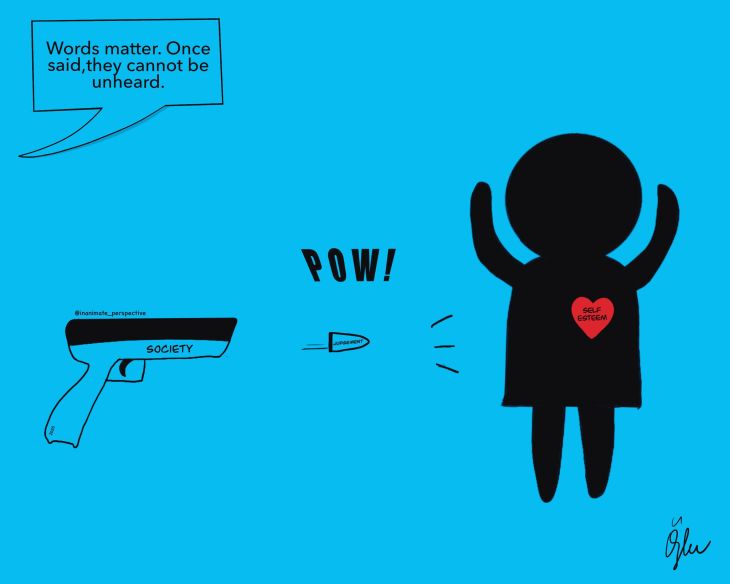 Our taught beliefs about racism, homophobia and sexism are some of the worst. These beliefs were passed on to us by others, and we blindly hold on to them as our own truth. We don't question why we harbor disgust for those we know so little about. We must unlearn the "truths" of others if we are ever to experience the bliss of a harmonious society.In society, we have to look and act a certain way to impress people, or to get satisfaction. The society for years has controlled us to believe we need to look like models in magazines, and if we don’t, we are not relevant. Our flaws make us who we are, and we shouldn’t hide our true self. Who cares what society says? Who cares what other people look like? We should not lower ourselves to their level to be something we’re not. Just because they label us as something, does not mean we have to be what we’re expected to be.