Periods:- lets talk about it 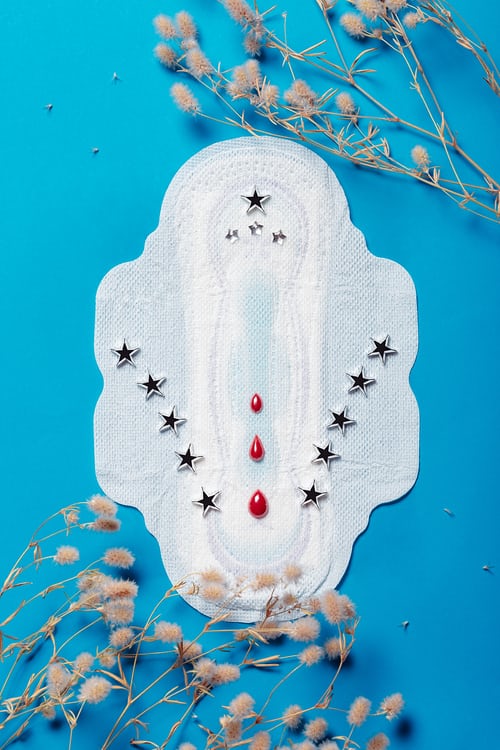 Fact:- " From the time of her first cycle to menopause, the average women will have around 450 periods in her lifetime. That’s a lot of periods"

Women have experienced periods since before humans were completely evolved as a species. I have read a lot about Menstruation history .

When digging through the archives of menstruation, one thing is very clear. Throughout history, there have been many bizarre myths surrounding periods. Over the years, menstrual blood and menstruation have had many labels. It’s referenced in history as both a cure and a curse.

In Ancient Egypt, menstrual blood was a cure for sagging breast and thighs! People would smear blood to ‘fix’ these areas of the body. Definitely, don’t try that one at home! The curing power of menstrual blood also carried through to medieval Europe. They believed menstrual blood could cure leprosy.

Throughout history, people have also considered menstrual blood to be a curse. In Roman times, there was a belief that it had the power to destroy crops and sour wine. These myths are linked with Pliny the Elder, a Roman naturalist. He also claimed periods could control the weather.

Its has been worse as it sounds. If a woman didn't come on her period, some doctors would suggest taking blood out of her veins instead. Were periods different historically, compared to how they are today?

It's certainly possible that women had fewer periods and lighter bleeding, just because their diet was not as good as it is now. Pliny the Elder, the Ancient Roman philosopher who gave us “Home is where the heart is”, also wrote that menstrual blood could turn dogs mad, wither crops and trees, and, if exposed to lightning, ward off “hailstorms and whirlwinds”. Pliny also believed that consuming a woman’s menstrual blood would guarantee her fidelity for life, a trick employed in love charms as recently as 2009, when a maid in Hong Kong was charged for adding her menstrual blood to her employer’s soup in an attempt to mend their relationship.

This is all to say that the history of menstruation is riddled with misinformation, even now. If you add in the fact that most ancient scribes were men who primarily wrote about other men, you can understand why any historical information about periods, even misinformation, is pretty scarce. Menstruation has been so taboo historically that even the word “taboo” comes from the Polynesian term "tapu," meaning “sacred” and “menstrual flow” (that’s right, menstruation is the original “taboo”).

Lets know how we can talk about more often .

we are still expected to keep our periods clean, quiet, and out of sight. We're so conditioned to feel embarrassed and ashamed of our periods that most women (myself included) have at some point felt uncomfortable when we're buying tampons or pads, and felt even more mortified at the thought of bleeding through our pants in a public place.

But why should talking about periods be so taboo? The act of menstruating couldn't be more natural — and with all the health risks, pain, and environmental issues that result from a lack of menstrual education, shouldn't we be working to make period talk more normal? Menstrual activists agree that we should definitely be trying to, even if we don't see results overnight, and they also agree that there are ways we can normalize talk around periods in our period-phobic society.

Period shaming is everywhere, and it's never OK. Take Instagram's removal of Rupi Kaur's photo of a woman whose menstrual blood had seeped through her pants, or the criticism of Kiran Gandhi for free-bleeding while running the London marathon last April. While these incidents are totally uncalled for, period shaming in non-western countries is often far worse. In fact, talking about periods is so taboo in places such as India that it's become an incredibly dangerous place to be if you're a woman who menstruates.

In parts of India, it's not uncommon for families to encourage their girls to stay home from school and get married rather than deal with menstruating in schools that lack decent bathrooms. Women are treated as if they are spoiled or defiled during their periods, and since talking about periods is so unheard of there, menstrual education is lacking to the point of hazard. Girls are often too embarrassed to even ask their moms for clean cloths and end up getting serious infections because of it. One such case actually lead to a 13 year old having to undergo surgery to remove her uterus, a procedure which would forever "taint" her as a barren woman.

So lets talk about it more. The only solution is changing the basic mindset .And i know this will take time ,but big things start with small efforts. 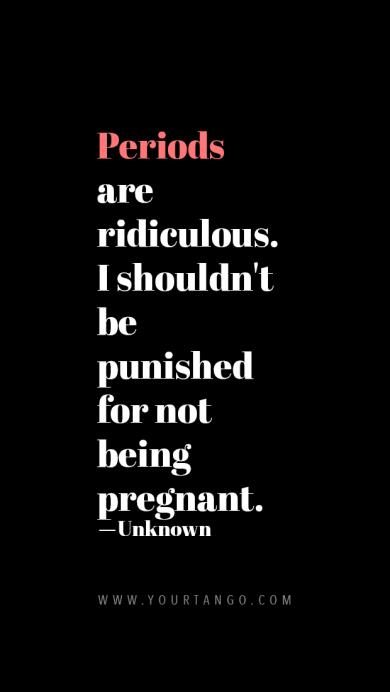