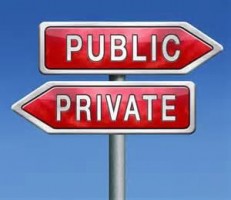 In the 2021-2022 Budget session, Indian finance minister Mrs.Nirmala Sitharaman announced that all Public State Undertakings, except for a few strategic sectors, will be privatized in FY 2022. There have been varied opinions ever since this news broke out.

Let us try to understand why Privatization was considered a savior and game-changer in the early 1990s? And, exactly 30 years later, why is the idea frowned upon, leading to a massive outcry in political circles, as well as the general public.

Privatization is a process of transfer of a government entity to a private entity or firm.

Mostly, the loss-making or cost-intensive entities are privatized by governments to save money and increase efficiency.

Privatization in 90s- Emergence of a Superhero

In 1991, under the leadership of Mr. P. V. Narasimha Rao, as a part of New Economic Policy, the Indian economy opened its doors to the global players for the first time by reducing the import duties, opening the markets for the private players, and devalued the Indian Rupee to increase the exports. This model is popularly known as LPG (Liberalization, Privatization, and Globalization) model. This gave the Indian economy the required push and was successful in placing India on a global pedestal.

The main reason for Privatization in 1991 was the PSUs were running in losses due to excessive political interference. The managers also could not work independently, and the production capacity remained under-utilized. To increase the competition and efficiency, Privatization of PSUs was necessary for that time.

The privatization process was initiated with the sale of the shares government held in PSUs like Maruti Udyog Limited. The share quota of the private sector was increased to 55% from 45%.

The government also implemented disinvestment (complete sale of the industries to the private sector) in those PSU’s which had been in losses. It is said that a sale of Rs 30,000 crores was carried out by the government.

And initially, PSUs were thought to help increase industrialization and the removal of poverty in the country. But the PSUs did not achieve this objective, and hence, these PSUs were severely downsized.

The advent of the private sector improved both the quality and quantity of production. And because of the increased competition, inflation remained in check. Due to this, the standard of living improved, and the country was on the path of development.

Privatization in 2021: The trouble maker?

In February 2021, the government announced that it would complete the process of disinvestment regardIng many PSUs. And also privatize 2 public sector banks(PSBs) and a general insurance company. And they have also announced plans to privatize or close the PSUs that fall into the non-strategic sectors.

After this announcement, varied opinions have been expressed. Some experts have opposed privatization, while some have stated that this had been long due. And some experts also opine that though this is decision needs to be welcomed, this is not the RIGHT TIME TO PRIVATIZE.

The main reasons for this are as follows.

Though it is better to put privatization on the back burner for a while, it is mandatory in the non-strategic sectors for the sake of economic growth.

The government should set up new public enterprises in sectors like Quantum communications, Microelectronics, where the private sector cannot invest for now.

And should vacate the sectors in which the private sector has dominated.