Rejection: A hurdle or a failure? 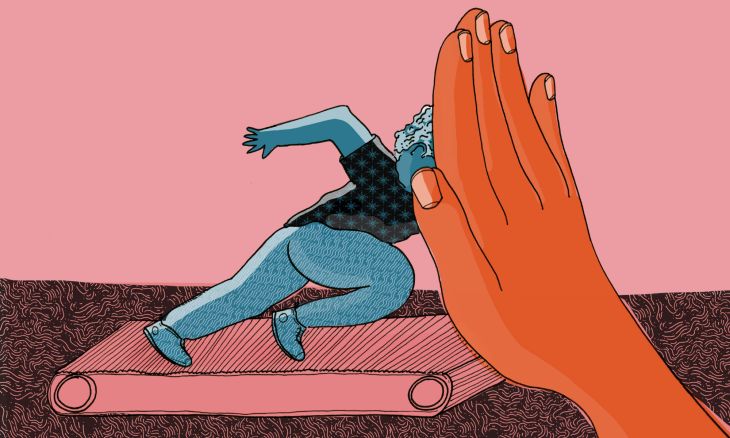 When a person becomes successful and achieves everything he/she had wished for, there's always a backstory to it,the story of rejection, insecurities, lack of self esteem etc.Rejection is just a stepping stone to bigger and better things and definitely not a failure.

There are numerous examples where people had to experience numerous rejections before becoming successful.One story which have always admired me is the story of JK Rowling.She wanted to become an author from a very young age, while completing her graduation she got the idea of 'Harry Potter' and it took her 5 years to map everything from spells to concepts.That was the most difficult time of her life , her mother passed away from cancer , she got married and then divorced within one year which made writing more difficult as she was a single mom.Without a job, Rowling visited different Edinburgh cafés and hunkered down to write her first novel on a typewriter. She often brought along her daughter Jessica, who slept in a pram next to her.During that period, Rowling lived off government welfare.During that time she was severely depressed and thought of committing suicide.Her script was rejected 12 times before her work was finally published by Bloomsbury when the literary agent's daughter loved Harry potter and rest is the history.According to Guinness World Records, in 2004, J.K. Rowling was one of only five self-made female billionaires and the first billion-dollar author. The seven Harry Potter books written by Rowling had sold a total of 400 million copies around the world by them and were published in 55 languages.

Imagine if she had given up after 3-4 rejections!! We would never get such a literary masterpiece.

All i want to say is Rejection acts as a hurdle, not a failure.Most of the times people get rejected in order to achieve something big, it can be a start-up or a unpublished book, What matters is the determination to not give up and believing in yourself.

When your career is stalled and nothing is working for you, you have the advantage of being invisible. Because no one is paying attention to you, you can take big risks.

Negative experiences cause us to respond in ways beyond what we thought possible.The obstacle beckons to be overcome. Sometimes, Rejection acts as rectifying force to look upto the things one haven't looked up before.While there are habits and skills you haven’t yet acquired, failures remind us of habits and skills we do possess, but are simply lazy in implementing.One thing to remember is not having pure confidence in yourself, as it can act as a downward spiral too.