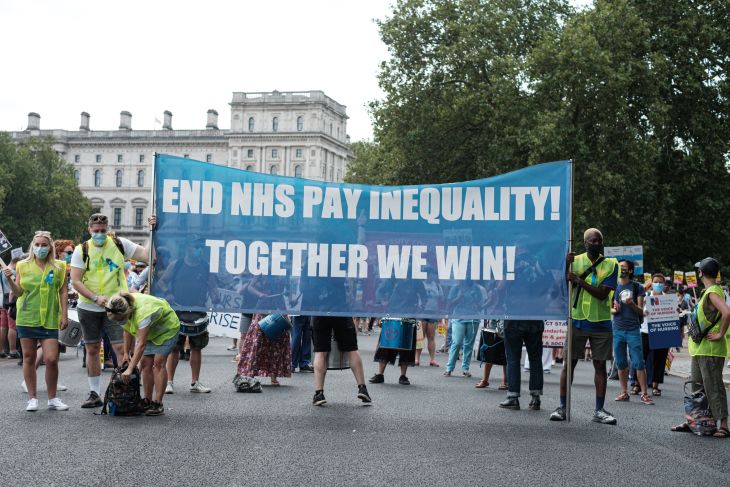 George Floyd, 46, died on 25th May 2020. And now there has been a wave of awakening throughout the world, in the times of pandemic and quarantine. His mistake, as people would say, was being BLACK. But was George the only one? People belonging to his race would have suffered in the past and may keep suffering in the times to come.

So where would this end?

Did George die for nothing?

It was his misfortune that racism against him took his life. But we as individuals witness discrimination, if not racism in its raw form, in our day to day lives and we fail to acknowledge it. A man putting a status of "Black Lives Matter" on his social media accounts may still be employeeing teenage boys working as child labourers for him. This is discrimination. This is where it all starts, the very foundation of it.

If we are so enthusiastic about the movement against racism in the west, then we must have the audacity to  acknowledge the inequality prevalent in India as well. This inequality is embedded into this culture so deeply that we fail to look beyond it. And it is not in one section of the society where it is prevalent. Some of these sections include culture, caste, religion, financial status and what not. Being diverse in these areas is not the fundamental issue, but being intolerant about this diversity definitely is. Disregarding this diversity is even worse.

Key to justice for gone lives like that of George's to its very core is acceptance. Accepting the flaws that exist in the societal structure of our vast nation and not masking those flaws behind nationalism or traditional values, is now vital for a positive change in this direction. The acknowledgement of the fact that a  belief or a perception that has been followed for thousands of years could also be responsible for stunted  growth of our society, again, is extremely important. Acceptance of belief of co-existence as well as learning to differentiate between private and social aspects of every individual's life would play a vital role in establishing  harmony. Making humanity the very foundation of existence as well as disapproval of the fact that a man's character can be judged on the basis of any other parameter other than humanity be it his nationality, his religion, his caste, is the need of the hour. It is utterly unfair to make opinions about anyone for the aspects of his life that he didn't choose for himself. A man should have the right to make his own principles and build his own life pillars  and his personality should only be perceived on the basis of his own choices.

In a nutshell, mutual respect for each others beliefs and principles as well as not looking down upon an individual for