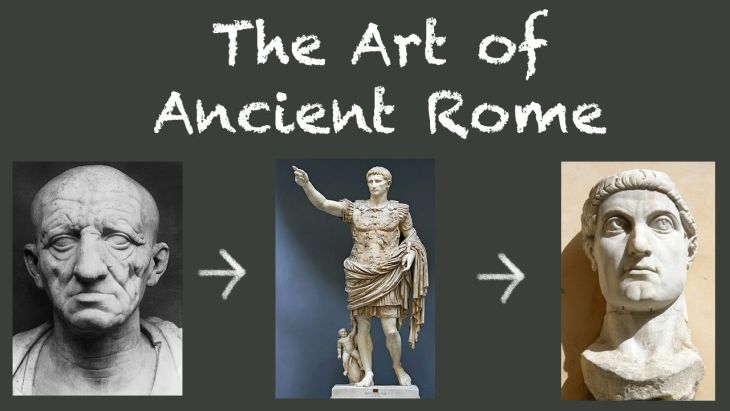 Hello readers. Today, we'll be understanding about the art behind the roman sculptures. And the reason, why are they admired by everyone all over the world?

Basically, the roman art is influenced by the Greeks. Today, many of the most iconic Greek sculptures are surviving as Roman reproductions. Romans left their mark on the sculptures by creating vast public works projects. Many of the sculptures represented the war scenes of military and the victory of Romans, statues of Gods, heroes, and real people in their culture.

The sculptures are so beautifully recreated by the artisans. Let's have a look over few famous roman sculptures which are admired the most.

It is a bronze sculpture was from the early first century BCE. The other name of this statue is Aulus Metellus. The sculpture was found either in or around Lake Trasimeno in the province of Perugia on the border between Umbria and Tuscany, which is 177 kilometers (110 miles) from Rome. There is an inscription written in the Etruscan language, on the Aulus Metellus statue. The Aulus Metellus statue was made for the purpose of a votive offering. A votive offering is an object given to any god as payment for the successful fulfillment of a prayer. This object could be anything from a handmade effigy or, if the giver of the offering is wealthy, a commissioned statue. This idea of the statue being a votive offering is debated, and some historians say the statue was an honorary statue intended for public viewing rather than an offering to the gods. The statue, now housed in the Museo Archeologico Nazionale in Florence, speaks to the value of civil servants in the early Roman Republic, as well as its complete domination over any culture it invaded.

The Fonseca Bust, dated to the beginning of the 2nd century C.E., is currently housed at Rome’s Musei Capitolini. Portraits of elite Roman women tended to be far less realistic than their male counterparts, as they were commissioned to emphasize female beauty and the latest fashions rather than veristic portrayals. The curls on the top of this woman’s head don’t only make her the most fashionable entry on this list, but also allude to the Romans’ fascination with elaborate hairstyles. Wealthy Roman women hired stylists to curl their hair with irons or to sew in extensions.

Sculpture were made spectacular-looking but hard to work stone. Romans liked to put copies of Greek sculptures in their gardens and homes as decorations and works of art. Historian Daniel Boorstin wrote in The Creators , “While the Greeks gave their gods and ideal humans form the Romans attempted to make their ruler godlike."

Art is a way of expressing things, events and feelings. Roman sculpture is admired and famous, knowing the fact that it is copied from Greeks. 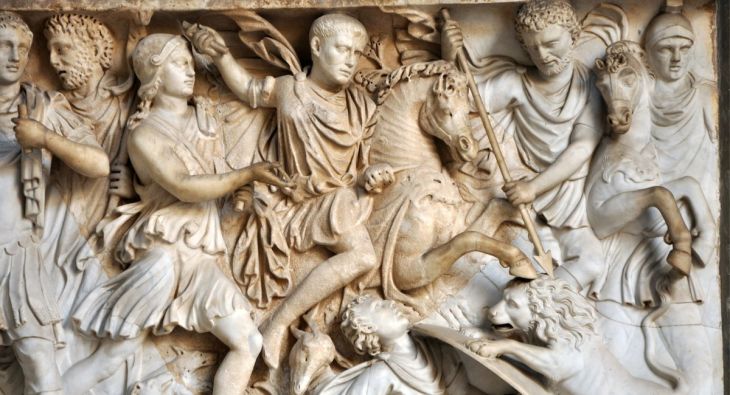