Dating back to the pre-Columbian era, the ritual of human sacrifice was the offering of

nourishment to gods. Blood was seen as a vigorous symbol of nourishment for the Mayan

The sacrifice of living creatures was seen as a powerful offering to the god. Extending its

realm, human sacrifice was seen as the ultimate sacrifice and the most important ritual

Evident from the classic period (AD – 250-900) to the final stages of Spanish conquest,

remains from the classic and post-classic.

Amongst the number of methods applied by the Maya, most common being guillotine and

sacrifices into a deep sinkhole, entombing alive to accompany a noble burial.

If the sacrifice was about heart extraction, it happened in the courtyard of a temple or summit

of the pyramid of the temple. The person was painted blue and was held down by four

attendants, representing the cardinal directions. The official (nacom), held the knife to cut

into the victim’s chest and extract the heart out. 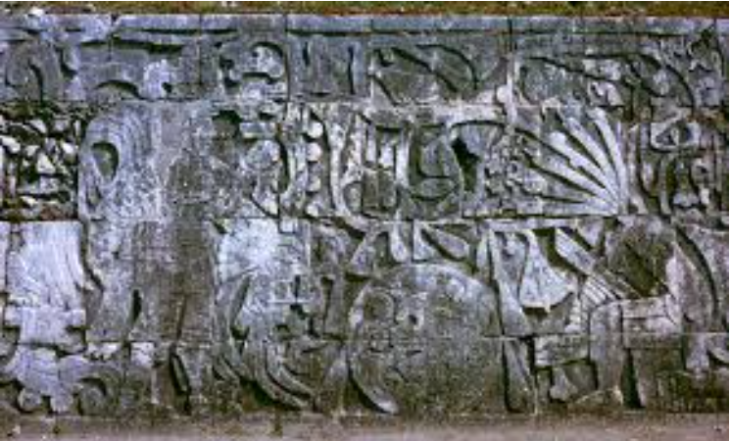 images of god. Once this happened, the body was thrown down the steps and skinned by

dancing. This was a ceremony of great solemnity and the victim was buried in the court of

Mayan art has also depicted human sacrifices by way of ‘The Ball Game’, in this game,

players would knock around a firm rubber ball, mostly with their hips, carrying a symbolic

and religious sacrifice. Usually, the captives were forced to sacrifice after the game.

pierce themselves with various tools such as needles, agave thorns or obsidian blades, they

would cut different parts of their body and would smear the blood on cotton, animal feather

or 'banana' paper and would then be burned and delivered to gods. 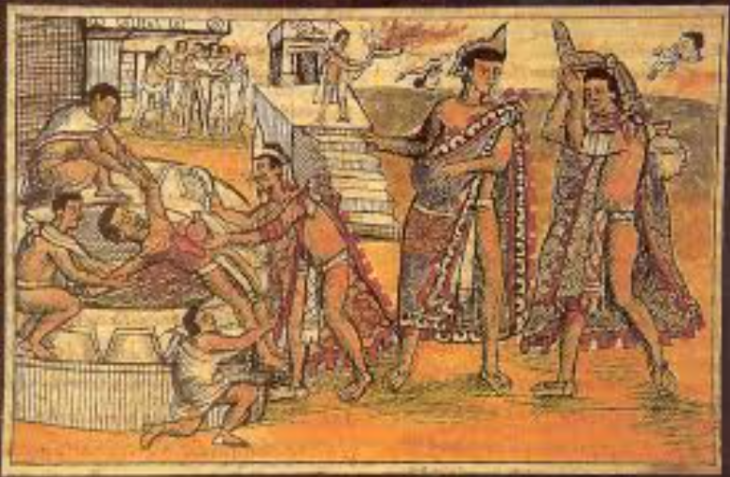 made on paper or similar materials. These codices are a source of valuable information

about various ritualistic and cultural aspects of the Maya culture.

ritual killings. One ritual feature four people, with one sitting and three standing. The seated

decorative belts are performing the ritual.

As a contemporary society, we might find it hard to distance ourselves from past rituals and

historic practices when trying to yield explanations for human sacrifice. However, our

present-day reality may sound as strange to them as theirs seems to us. Indeed, one of the

most important lessons of relativity.