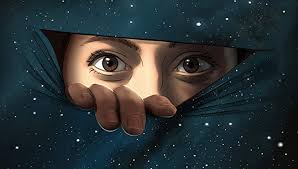 Sakura's 19th birthday was near , she had everything she could ever wish for : Caring parents , good grades and loyal friends.She always felt that she was the luckiest girl in the whole Tokyo city!

One day, while studying in her room for her upcoming exams, her mother called from downstairs , "Riko is here akura , she wants to meet you." said Sakura's mother.She called Riko to come upstairs , she looked excited to say something , "what happened Riko , why are you so energetic today?" asked Sakura. "You will not believe what i saw today Sakura, it was like a dream to me." said Riko enthusiastically. Sakura was confused and asked what made her so anxious."I met an old scientist today in the library , i was searching for english book when he suddenly popped behind one of the shelf's and asked if i wanted to travel in time?" answered Riko. Sakura was shocked and confused , she said "WHAT?? he was maybe trying to trick you into something nasty Riko." ..Before Sakura could complete her sentence , Riko said "That's what i thought initially when he told me all those things , but you know what...he then took me into a secret room behind one of the big shelfs , and GOD !! there were so many creepy and weird things." "Have you lost all your senses Riko?? How could you enter a strange room with a complete stranger?" enquired Sakura. Riko became more anxious, "Will you let me complete please ? " Sakura nodded and told her to complete this fast."Okay , so what happened was that , this scientist has a electronic chair kind of thing or may i say, a 'TIME MACHINE' !! He said no one believed him and called him mad 10 years back , but he is sure about this machine , he confessed that 2 people have time travelled with the help of this machine and i can become his 3rd passenger." Riko completed. Sakura didn't believed in anything Riko said. "How can you be so sure Riko, do you even know his name , i suggest you to not believe in nonsense like this and you should be studying as exams are near!" said Sakura angrily. "Even if it's not true but what's the harm in trying?" confessed Riko."You know what , we will talk about this later , maybe after exams , as of now , let me study !" said Sakura. Riko left with a promise from Sakura to meet that old scientist after exams.

Days passed and exams were over , Sakura remembered the promise she made to Riko , before she could remember any further, her mobile phone was beeping and Riko was calling her."Don't worry , I remember Riko." said Sakura annoyingly. "Okay , see you tomorrow at the library at 4 pm." said Riko and cut the call before Sakura could say anything further. Sakura wondered if Time Travel was really possible, curiously, she opened her laptop and googled many theories and incidents related to time travel which compelled her to believe that maybe it was somewhat true and slept while watching those videos.

Next day , she told her mother that she will be staying at Riko's house for a sleepover and went straight to the library. Riko was already waiting for her at the entrance and they went inside together.Sakura was very nervous as she didn't believed in strangers but as she had already promised Riko , she couldn't back down. "you wait here Sakura, when i'll signal you from the back of that shelf , come in." said Riko. Sakura nodded nervously.After being signaled by Riko she went into the room and saw the scientist who looked in his 60's."girls, before you decide to time travel , there are some rules you both need to follow, firstly , whoever is older will go first , secondly , only your soul will be transported into the day , time and year you enter , your body will remain here in this chair only.You will have 3 hours 20 minutes , after that, your soul automatically will be transferred here in your body and yes, no one will be able to see you and you can see everything while you are there.And lastly , you have to imagine the place you want to see in case you decide to travel in your past , that's all." explained the scientist. Riko immediately became sad as she was 3 months younger than Sakura and Sakura on the other side knew that now she'll be forced to go first.But a part of Sakura really wanted to travel."Okay , i will go first , i want to travel in my past." said Sakura.Riko was amazed by her answer."Looks like someone wants to travel now huh!, but why the past , don't you wanna see what the future holds for you?" teased Riko. "NO, i don't want to see my future as i will be heartbroken if it doesn't turn out to be what i wanted." said Sakura. "okay , so now that we have a traveller, tell me the date, month, year and time you want to travel in and also don't forget to imagine the place in your mind." explained the scientist.She nodded and sat in the chair."20th september,2002 ,it was around 9 in the night when i was born, so please enter the time somewhere around 8 pm." said Sakura.As the scientist entered the digits , she closed her eyes and started remembering her grandmothers home where she spent her childhood ,although her grandmother died before she was born, all the flashbacks of her being with her parents started along with the memories she had in that home.Before she could see anything further, she realized that she was standing at the garden of her old house.