SHOULD CELEBRITIES BE CONSIDERED AS A ROLE MODEL?

Should celebrities be considered as

This title is quite interesting as everyone have someone as their role models. Now those role model can either be

any person, whether a famous personality or a common man.

person who is well known and gets lots of public attention. Usually a person

becomes a celebrity from entertainment such as from movies, songs or sports.

They are never signed to be a role model neither good nor bad. Although many celebrities

influence youth and kids, but I want to know if you people know about their

personal lives?  Of course not, we just get attracted to them for what they show us on the screens.

For example, if there is an artist that has made very questionable life choices, but their music still has a

positive message, somebody can still want to emulate their creative talent without agreeing with everything that they have done.

Like any role model, we should observe celebrities for their admirable traits, recognize their flaws, and try

to find some useful insight about ourselves using both.

They’re still just people, and while the media may choose to exaggerate their traits for entertainment purposes,

they shouldn’t be looked at with rose-tinted glasses just because they are well-known. 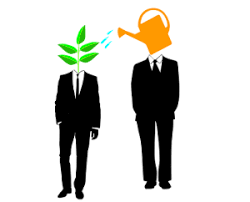 Now role model is someone whose behaviour or example can be emulated by others, a person

who inspires us. A role model plays an essential part in child’s positive development.

have much more knowledge of practical world.

However nobody should be considered role model simply because they are a celebrity.

I will not say that celebrities don’t work hard, but getting impressed by someone’s work

is something different than making someone your role model.

Many celebrities are not the proper positive role models that the youth need in their lives.

While there are many celebrities that do good for people across the entire globe, they tend to not get as much

media attention as those who display destructive and inappropriate behaviour.

One should not compare themselves with others.

Everyone is unique in himself or herself. Everyone has their own talents. One

Again, I will just conclude this topic with a simple statement that choose your role

model carefully, look at someone’s hard work and patience before looking at

their name and fame.