Some amazing places to visit in east asia . 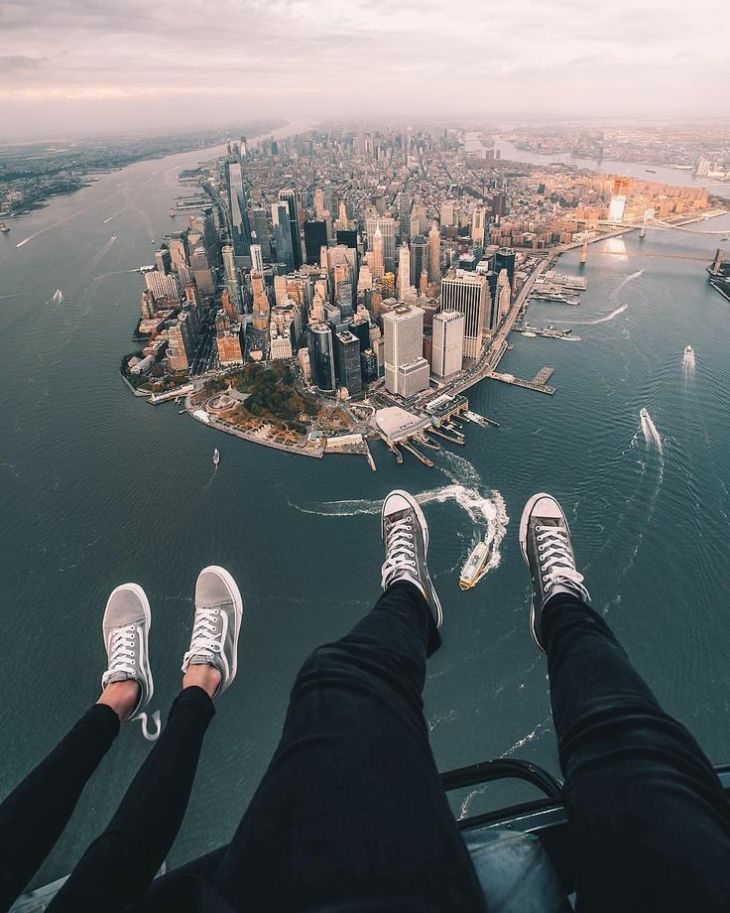 Some 0f the coolest places to visit in east asia . After covid , pack your bags to travel . If not travel , its nothing wrong to read about travelling right?!

Tucked away in the south of the Palawan Islands, El Nido is not just another photographic paradise but it's also an ideal place for water activities such as snorkelling and offshore trips that can be booked on site.

Rent a motorcycle and speed into the depths of Bali's exotic beaches and volcanoes while making sure to stop every once in a while and enjoy some of the most unique panoramas in the world. Bali is also an incredible place to get to know the locals and to learn about their distinctive culture.

Don't forget to taste the rich and abundant Indonesian cuisine on offer, but be sure to keep an eye out for the naughty monkeys that might try to steal off your plate!

If you arrive to Singapore after having already travelled around the neighbouring areas, you will surely be in for a big shock as you experience the cultural change! The contrast between Singapore and other places in Southeast Asia couldn't be more apparent, and you will notice this as soon as you step foot within this autonomous state situated in the extreme south of Malaysia.

It's a rich, luxurious country with a truly incomparable city atmosphere, making it a place that is often feared by the pockets of many travellers. However, there is nothing that a good low-cost hostel can't fix! Don't forget to dive into the famous infinity pool located at the top of Marina Bay Sands and enjoy the views of the skyscrapers. This is a prime photo spot so make the most of it and get that camera out!

This is the capital of Cambodia, and it's known that Asian capitals are very dynamic and offer countless things to do. Admiring the old French and Colonial style architecture is definitely one of the highlights.

The most interesting thing is the tragic and historical event that happened in the past, the sad genocide caused by the fearsome community of Khmer Rouge.

Malaysia, the land of the famous Malaysian Tigers and the impressive Petronas Towers in Kuala Lumpur. Penang offers a surprising contrast where you will see how several Asian cultures are mixed.

George Town, its main urban settlement, with its modern culture and lively atmosphere, hosts an exceptional artistic scene and a series of incredible carnivals that should not be missed.

Bangkok is the capital of Thailand. It's fame is not only due to its particular culture, people and street food, but also thanks to the overwhelming media attention it has received in recent years (movies, documentaries etc.).

It is a hot, frantic and somewhat writhing city, but at the same time presents its history through temples, traditions, gastronomy and technology.

Many say it should be classified as one of the wonders of the World, others say it should be a destination that brightens up magazine covers and luxury travel brochures. What we do know is that it is a spectacular place which is home to one of the most beautiful sunrises on the planet.

You can explore the site on foot or by bike, but try to climb to the highest peaks to observe those fabulous views of the temples and pagodas which are so frequented by the laughing families living there (who are very friendly by the way!).

Trat is not just another island or unknown destination. Trat is a Thai province located in the south of the country, next to its neighbour Cambodia. This area is the ideal place to experience the famous Thai street food.

Walk through the small stalls and try some spicy noodles or fried chicken as you watch local children ride their bikes at full speed around you.

Welcome to the Philippine's surfing capital, where not only will you run into very high waves, but also many opportunities to explore other areas independently should you choose to do so.

If you're an avid surfer, we advise you to go to Jacking Horse or Daku, both beautiful spots. If you know little about the sport, why not go swimming at Magpupungko's pools, or if you really have guts grab a flashlight and head over to Tayangban Cave Pool. You won't believe your eyes!

Halong Bay is another popular place visited by hundreds of thousands of tourists every year. The geographical concept is simple: a series of mountains located in an extensive bay.

But this is not all, the past is somewhat darker: a legend tells that when a war broke out between the Vietnamese and Chinese people, a reddish dragon descended and defended the village. "Ha Long" literally means "descending dragon".

Rice fields, spectacular canals, long rivers and rock formations are some of the natural qualities of Tam Coc. We recommend day trips to really get to know the area and soak up the culture.

"Tam Coc", meaning three caves, is located 90 km from Hanoi, and a few years ago it became a top destination of the Vietnamese country. Let's not forget that this place has been declared a World Heritage Site by UNESCO.

Strolling through the old Cambodian temples is mandatory for all backpackers travelling around the province of Siem Reap. Some say it's like travelling back in time to many centuries ago.

Bayon or Ta Prohm are two monuments to visit. They even appeared in the popular Tomb Raider saga in the scene in which Angelina Jolie approaches the ruins that are under the roots of the trees.

Laos really is an excellent country, thriving and warm in every which way... Hot and hospitable! You can't miss the villas of the old villages and the coffee bean farms, however the cherry on the top has to be the beautiful waterfalls you can find here.

We also recommend renting a motorcycle starting from Paske and ride along the 500 km fresh, wild route this country offers. Cross the Mekong River and stop to take pictures along the way (it's definitely worth it). Take care to watch out for the cows you may meet along the way!

Hanoi, the chaotic city with more than 8 million inhabitants, offers the possibility of a close encounter with Vietnamese culture, something hard to come by in the multicultural region of Southeast Asia.

If you want to start with a spectacular view of the city, we recommend you go up to the Lotte Center Hanoi, an imposing tower that boasts 360 degree views of the city. Then, to give your nerves a rest, you can go to the Temple of Literature and walk through the busy paths of Hanoi's most popular neighbourhood, the Old Quarter.

Thats all for now , will meet at next article :))