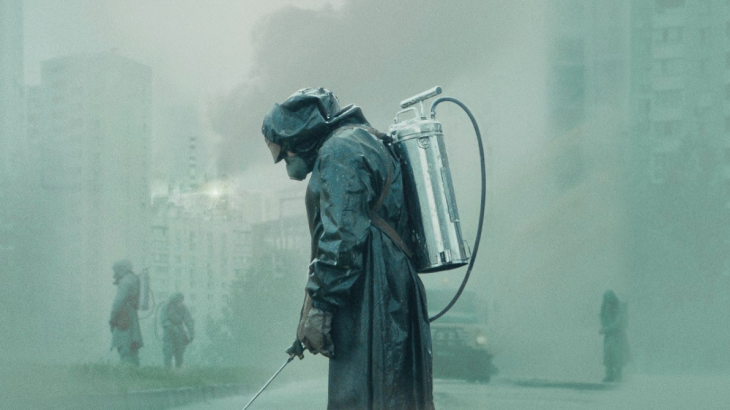 Pripyat, a city located in Ukraine was a happy place. Life was ordinary and smooth for everyone until 26th April 1986.

This article deals with one of the most catastrophic and heart-wrenching nuclear disasters that ever occurred in the World.

This article is about the Chernobyl disaster.

It all began with a test. A test that was being operated in the number 4 reactor of a plant which went wrong resulting in a huge steam explosion. No one would have imagined that it was the beginning of the biggest nuclear disaster in the world and that it was going to have repercussions for decades to come.

34 years have passed and the survivors who are still alive are treated like celebrities. All of this started because of the huge success of the mini-series Chernobyl, a drama which out of nowhere became the most talked-about series of its time.

But the question arises that what about those people who witnessed such a heart-wrenching incident? The men who worked at the plant, the sea divers, the firefighters, and the families which were evacuated from Pripyat which has now become a ghost town.

On 26th April 1986, Sergei Parashin was at the post of secretary of the communist party. When he received a phone call from the Chernobyl plant he continuously ran for 45 minutes, from his house to the office of the general manager.

He finally reached one of the bunkers situated beneath the administrative building of the plant which was primarily built to provide a deep shelter for a possible missile strike during the Cold War. It was also used as a shelter days after the Chernobyl incident.

According to Sergei Parashin, the people of Pripyat were confused and had no idea of what they should do. He was shocked on getting the news that the reactor had exploded because till then no such news existed when the reactor exploded.

The incident was so serious and sensitive that the Soviet Union decided to hide it from the public eyes. People were strictly ordered to not disclose any kind of information regarding the explosion to anyone.

On the night of the disaster, Anatoliy Naydyuk drove his team members to the explosion site after receiving a call that there has been a fire break out in the nuclear plant. He stayed down near the factory waiting for his team members. After around half an hour he saw something unusual. The firefighters started coming down with their faces all purple and brown. Every one of them started throwing out before falling to the ground. Anatoliy helped them take their gear off and that was the moment he realized that something was seriously wrong out there.

Every member of Anatoliy’s team died that night.

After the explosion, three divers were sent to drain the water to prevent more blasts that might have happened. They were treated like heroes for their actions and bravery.

Alexey was asked to go down the drain and fix it to protect against further damage. He along with his team member went down and worked quickly to avoid radiation in his body. Surprisingly Alexey never got ill for his presence in the plant that day. The radiation might not have been enough to provide any damage to Alexey’s body.

According to him, he had no fear while going for that work and he did not even consider backing off from the given job as it would have caused him trouble in the future to find any jobs.

The director Volodymir Shevchenko and Victor Kripchenko arrived at Chernobyl on May 12th to film a documentary about the post-clean-ups in the town.

Little did they knew that they will have to pay a high price for that.

Volodymir Shevchenko who was the director of the documentary died of illness due to acute radiation before the film even aired whereas, Victor got diagnosed with late-stage throat cancer and can no more speak. He frequently visits the grave of his director along with the widow of the Director, Valeria.

The crew was aware of the fact that it was going to be a one-way trip but no one knew when the danger will appear hence nobody thought about it.

In the year 1986 Slavutych was constructed to replace Pripyat. It was the second biggest city after Chernobyl to contain Power plants and scientists in the Commonwealth of Independent States(CIS).