THE GREAT INDIAN FOOD CULTURE - Why and How Vast Is It? 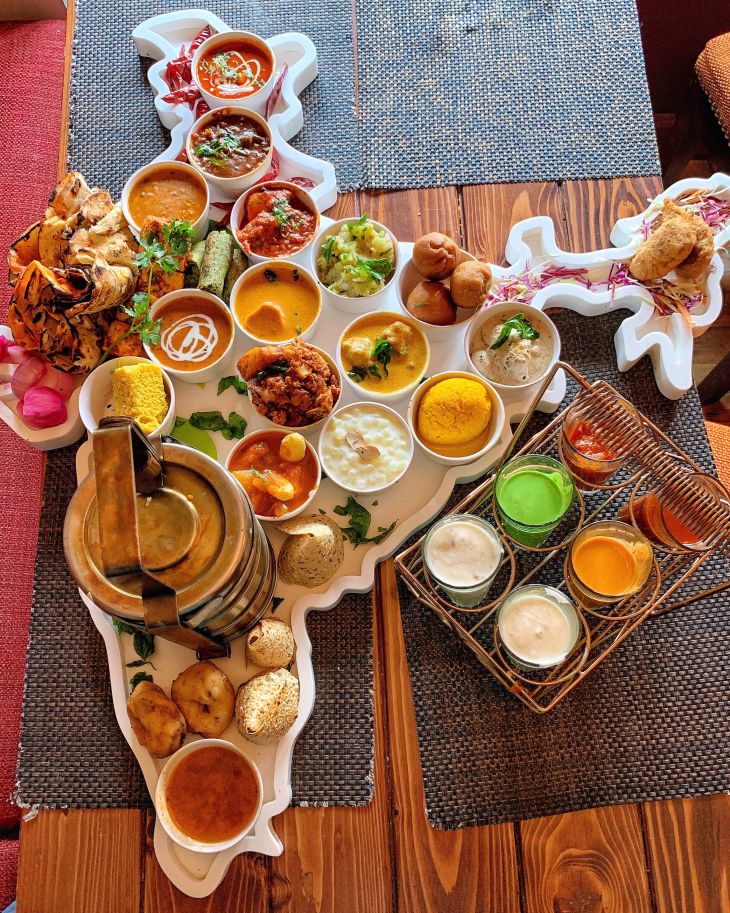 India is a land of many religions, traditions, languages, etc., hence called a culturally-rich country. The culture is not uniform across the country, and the difference is visible for every few kilometers. When people of different cultures engage and interact, unique cultures are born. Further generations modify them making it a never-ending process.

The culture that is famous across the globe for its large variety is the Food culture of India. Initially, the recipes and the ingredients remained within the region of origin. But thanks to trade, migration, and conquests, the exchange of recipes and food materials, the food variety increased by many folds giving rise to many new cuisines.

In the early days, the main reason why the regional recipes remained regional because the ingredients were available only in those regions due to climatic conditions (like water and soil). For example, rice and coconut are essential in Kerala food because they can be grown in plenty due to the abundance of water resources. Similarly, fish is preferred in Bengali cuisine because it is available abundantly.

Effects of trade and conquests on Indian food culture

The impact of trade and conquests on Indian food culture is immense and quite evident even to this day. Many authentic regional food dishes still exist. But new or modified recipes that suited their food palate came into existence because of the advent of traders and invaders.

The Arab and European traders traded for spices with many food items, which became an integral part of Indian food. For example, Portuguese traders brought in tomatoes, potatoes, and chillies. Arab traders introduced coffee and asafoetida powder.

Conquests also played a prominent role in adding new cuisines to the already vast Indian food range. Mughals who invaded India in the 1500s and late 1600s introduced the Persian style of cooking and recipes. We can see this in the use of cream and butter in dishes made of meat and nuts like Biryanis and Samosas.

British invaders introduced soup and tea to India. Though the British could not have a significant impact on Indian cuisine, they could make minor additions. The very popular Chicken Tikka Masala is a creation of them. The concept of Curry powder, which is a mix of many spices, was also introduced by them.

The North Indian cuisine has Central Asia and the Mughalai style of cooking.

Milk, paneer, yogurt, and ghee are used heavily in cooking dishes. Tandoor cooking is a unique style of cooking in a clay oven. This style is used in cooking many delicious dishes like Tandoori Chicken and Tandoor Naan. Chapati is usually preferred over rice. Saag, Dal, and Korma are the most common and staple vegetarian options.

West Indian cuisine is influenced by Chinese and Portuguese food.

Maharashtra is a mix of both Northern and Southern cooking cuisines. Because it is a coastal state, its food is dominated by coconut, prawns, and fish.

Gujarati and Rajasthani food is primarily vegetarian. Because of the dry climate in this region, the cultivation of vegetables is difficult. Therefore, pickles of various flavors are a huge part of their cuisine.

Goa was a well-known colony for the Portuguese. Hence the immense impact they had on the culture in general and on the food is visible in Goan cuisine. Goan cuisine uses pork and beef more than any other regional cuisines in India. Vinegar, coconut milk, coconut paste, and fish are used hugely in Goan cuisine. Vindaloo is a traditional Goan dish that is made using garlic, wine, vinegar, and chilies.

East Indian cuisine is famous for desserts and sweets like Rasgula, Sandesh, and Chum-Chum. Bengali food offers a variety of fish recipes made from different types of fishes. Rice and fish are of high prominence in their cuisine. Mustard seeds and oil, poppy seeds are highly used in their cooking. Eastern dishes are less spicy when compared to the other regional cuisines.

South Indian cuisine differs from other regions and is considered to be highly spicy. Rice is highly regarded in this cuisine. Because of coffee plantations, coffee also plays a pivotal role in the food culture of Southern states.

Tamil food is usually tangy because of the use of tamarind. Sambar is the most well-known dish prepared here. Dosa, Vada, and Idli are highly regarded across India.

Kerala is well known for its various lip-smacking recipes that are made using fish and coconuts. Malabar fried prawns, Puttu, and Appam are a few delicacies that are widely loved.

Andhra Pradesh cuisine is usually spicy because of the excessive usage of chilies. Hyderabadi cuisine is highly influenced by Central Asian cuisine, and its Biryani is famous worldwide.

In closing, I would like to say that it is essential to safeguard our local cuisines because food has and will always remain an integral part of our culture.