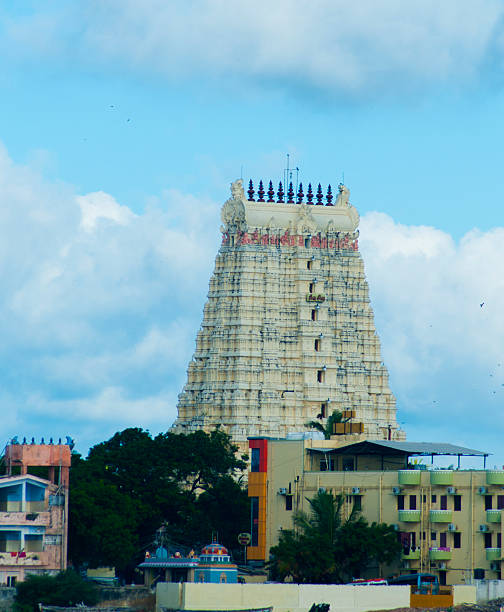 Rameshwaram is one of top beautiful places in Tamil Nadu , India.It is also considered as the most peaceful place to visit. It is located in the southeast region of tamil nadu.

Well peaceful place might be a very small reason for you to take a visit to this place.

Rameshwaram is Famous for it's most beautiful Temple. It is also famous for the fact that , it is the southern most 'jytoirlinga' of India , making it one of the top religious place to visit in India.

Ramanathaswamy temple is a Hindu Temple , dedicated to God Mahadeva. And that's why Rameshwaram is the most famous place to visit, Ramanathaswamy temple is Famous for its Location, infinite peace , and beautiful and fascinating Architecture. When you enter the temple and see the carvings on the walls , it feels like walls are trying hard to express themselves better beyond imagination. You can smell petrichor in the surrounding of the temple because of the presence of ocean. In every part of the temple you will notice that there is a combination of smell of several natural elements such as neem , sandalwood, rose , sunflowers , Ghee , Curd , Haldi , pure milk , and mint. When you enter the temple these combination of element's smell gives you a feeling of freshness , freedom and positivity. 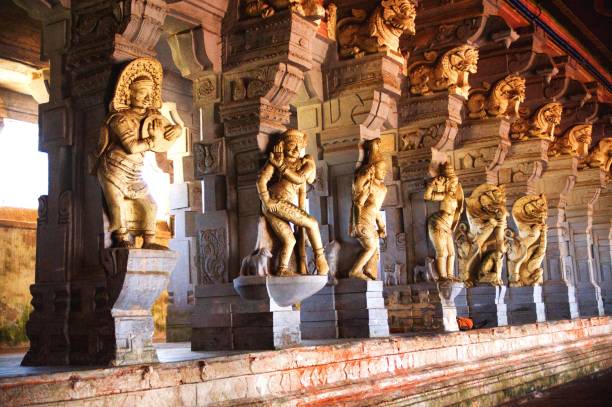 If we analyze its Inside Architecture ,you will notice 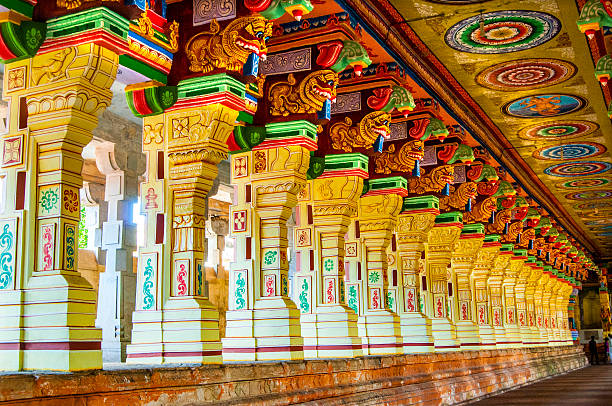 The primary deity of the temple is Ramanathaswamy (Bholenath) in the form of lingam.There are two lingams inside the sanctum - one built by Rama from the sand, residing as the main deity, Ramalingam and the one brought by Hanuman from Kailash called Vishwalingam. Rama instructed that the Vishwalingam should be worshipped first since it was brought by Hanuman - and this tradition still continues even today.If we see its Historical significance we extracted from Ramayan ,we come to know that the Lingam of Ramanathaswamy (Shiva), was established and worshiped by Rama before crossing his bridge to Lanka.According to the Ramayana, Rama, which is the seventh avatar of the god Vishnu, prayed to the god Shiva to absolve him of the sin committed during his war against the king Ravana in Sri Lanka. Now the question arises , in such a big temple only Lord Shiva is worshipped ? No actually There are various halls inside the temple, namely Anuppu Mandapam, Sukravara Mandapam, Setupati Mandapam, Kalyana Mandapam, and Nandi Mandapam.There are separate shrines for Ramanathaswamy and his consort goddess Parvathavardhini separated by a corridor. POINTS TO BE NOTED :

In south India the structure of God Shiva is known a lingam(Sanskrit word pronunciation ) in northern India people say it as Shivling , but both are same. God Shiva is popular by other names also , Mahadev , Bholenath , Shankar and Mahesh.

In Rameswaram island, the only sea which is silent is Agni theertham sea,. The hindu text says that because there is Shiva ji in Ramanathaswamy temple the sea obeys him , and remain silent and control its waves.

Visiting Ramanathaswamy temple is incomplete without bathing at 22 theertham at the sea situated near the temple. As per the historical texts , Lord Ram ji had requested sea goddess to remain calm here , that is also the reason for its silence.