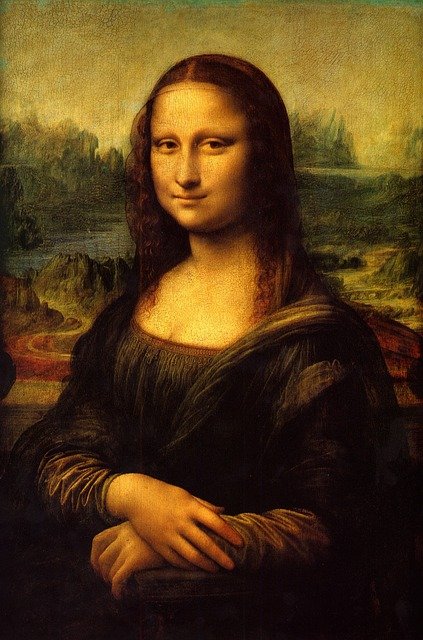 Hello everyone! Have you ever heard about Mona Lisa painting? I think almost all of you have heard about it. The Mona Lisa is one of the most valuable paintings in the world. It holds the Guiness World Record for the highest known insurance valuation in the history at US $100 Million in 1962. The painting is probably of the Italian noblewoman Lisa Gherardini, the wife of Francesco del Giocondo, and is in oil on a white Lombardy Poplar Panel.

The Mona Lisa is a half-length portrait painting by Italian artist Leonardo da Vinci. Considered an masterpiece of art of the Italian Renaissance, it is being described as "the best known, the most visited, the most written about, the most sung about, the most parodied work of art in the world." The Mona Lisa's mysterious smile has inspired many writers, singers and painters. It was painted between 1503 to 1519, when Leonardo was living in Florence, and it now hangs in the Louvre Museum, Paris, where it remained an object of pilgrimage in the 21st century.

He likely worked on it irregularly over several years, adding multiple layers of thin oil gazes at different times. Small cracks in the paint called craqueleure, appear throughout the whole piece, but they are finer on the hands, where the thinner glazes correspond to Leonardo's late period. The painting was one of the first portraits to depict the sitter in front of the imaginary landscape. The mysterious woman is portrayed seated in what appears to be an open loggia with dark pillar bases on either sides.

Behind her, a vast landscape receds to icy mountains. Winding paths and a distant bridge give only the slightest indications of human presence. Mona Lisa has no visible eyebrows and eyelashes. Some researchers claim that it was common at this time for the elegant woman to pluck these hairs, as they were considered unsightly. There has been much speculation regarding the painting's model and landscape. Over the centuries, this woman has taken on a new life in popular culture.