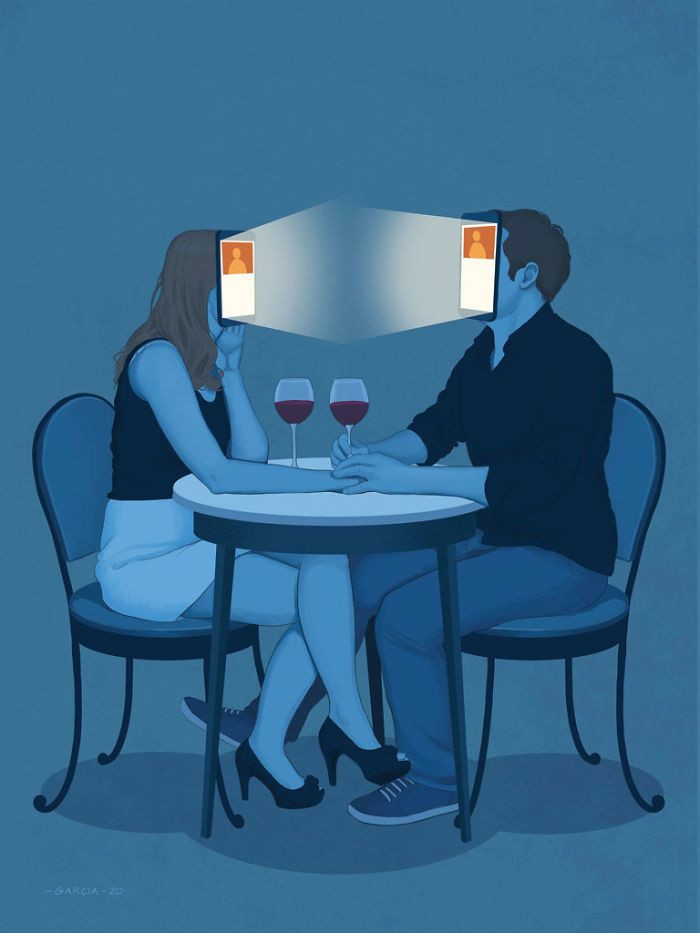 " ohh she's so perfect " , Aditya blushed through his IPhone. He's walking here and there hurriedly and his nervousness is clearly seen .

" Can you tell me why you called me here urgently dumbhead " his best friend Jasleen spoke unamusedly .

" I'm gonna tell you something jas tell me you will keep it secret ? "

" yeah what , you are saying the same thing for like past 10 minutes."

" yes jas , you know there's this girl in tinder I met a month ago, and we just really hitted off and she's so perfect . " he talked animatedly.

" Are u kidding me Aditya? Seriously ! Stop fooling around ."

" I'm not kidding . Her name is aarna and she lives in Mumbai, we are of same age and I'm in love . Its like that forever kind of love. "

Jasleen was silent . She was not at all entertained by the thought of seeing Aditya talking about other stranger girl . They both have been no.1 priority to each other since 7th grade .They shared everything with each other even the minor things.

" so what are you gonna do ? " jasleen asked after a couple of minutes .

" well , you know we both are in relationship and its been one week and after all the rucksus I thought I should tell you . " he looked at her .

" Don't you think you should have told me earlier? Like on what basis you thought I would consider that ? ...I mean you are ALREADY in a relationship. Why bother me now? "

Jasleen was so shocked . Till now she havn't expected this thing from him . First he says he's in love with a strange other side of the world girl whom he barely knows and now he's already living his relationship without even telling her . And the thing most bothered her is he's telling her so casually without thinking about her .

Now jasleen knows that she can't let his dumbo to go on his own . She has to be with him even though no matter how much these things irritate her .

Aditya was in out of the world. He seems to be in other world ." you know she says she wants to be a psychologist and we already planned our entire future ! I'm gonna enroll in her same college after our high school. How nice it would be right ? "

Jas stopped him , " wait , what about your plans of becoming a chattered accountant? You wanted to do that since you were eleven. Like how can you change your future so easily just for a sake of girl ?"

" I'm not interested in that .. I want to do something different now and chattered accountant is too boring and its really tough . "

Jas couldn't believe it , " Wow ! Unbelievable...like if there is a idiot who can change his entire vision in less than a month .. its gonna be you ! You know what I thought I can support you but no with each of our conversation you are turning more stupid . I'm gonna go . I'm getting late ."

And then and there it turned into a huge fight . She kept turning away .

He can't digest the fact that his best friend made him feel inferior , " oh really ? I think you are very jealous of my relationship . Don't you think ? My girl is much better than you ! Oh wait , I know why you are envious of me . You can't accept that something beautiful happened to me while you are all standing alone."

Now after those words, she was completely heartbroken . The friend she thought to be around made himself clear that he won't be with her ever again . But, everything she said was for his own good which he took otherwise .

Jasleen and Aditya stopped talking and he always turned his back . Jasleen continued to study and spent her time alone but she was completely content with herself .She spent her time with her lovely family members and her pet Bruno who were with her always . She scored decent grades and got her dream college . While Aditya spent his time talking and chatting with his online girlfriend. He completely put his studies at back burner . And gave his all time to his girl . Due to this, his family life became sour and there was huge growing separation between him and his family . He however passed his high school but couldn't get either into commerce College nor into psychology. He felt bitter at himself for failing at life . Seeing his inadequacies , his girl left him completely and blocked him in all social media's. He felt such a disgrace for not having a upto the mark academics and now even love life. Again after two years , he contacted jasleen and told everything happened to her .

Jasleen was complacent, " well , it was not even love , just a mere mutual attraction . Do you even know what love is? "

He remained silent through his phone .

" i know you are listening, you ever can't fall in love just in a spick of span .it takes hostages , it takes loyalty , it takes support and it takes a lot more . Being ' in love ' as you said you were that day is so easy , which any fool can do . Staying in love is important, love respects each other's opinions, it respects each other's dreams...not like your stupid ex " he started crying listening to those harsh yet true words .

" no , words can't go back . It gets chiseled deep into the heart . However I wish you the best in your life and don't ever call me .. one thing I'm saying at last, your whole relationship was truly fake. Bye "