Wandering in the city of pearls: Hyderabad 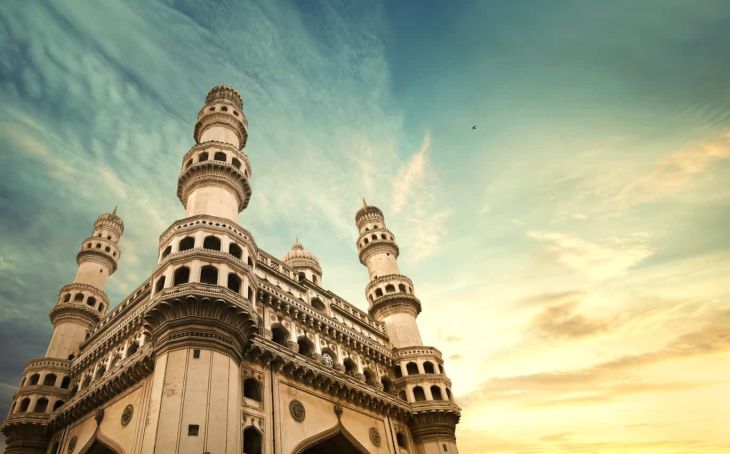 Hyderabad acquired the sobriquet ‘city of pearls in India’ due to its booming pearl and processing industry since centuries. Since the times of Nizams habituating the city, they sourced pearls from different parts of the globe, especially the Arabian Gulf, which were brought to the princely state of Hyderabad in great profusion. It was mid of November when I along with my friends visited this beautiful city, embedded with the history of Nizams and their riches. I had my stay planned and hired travel guides to give me a better insight into the city. Started my tour by visiting the pious temple of Birla Mandir. The temple is built on a 280 feet high hillock called Naubath Pahad and is entirely made of white marble having different shrines of Hindu gods and goddess. On reaching the hilltop Mandir, the view was just so soothing and you could nearly see the entire city of Hyderabad at one glance.

The next on my list was the Chowmahalla Palace, literally ‘four palaces’, was a prime destination to conduct ceremonial functions including the accessions of the Nizams and receptions for the Governor-General were held at this palace. UNESCO awarded this palace for cultural heritage conservation.The next visit was planned for Salar Jung Museum, which is an art museum and is located on the southern bank of the Musi River in the city of Hyderabad. This museum is wealthy of all the historic treasures from all over the world. Holding a wide collection of sculptures,

paintings, carvings, textiles, manuscripts, ceramics, metallic artifacts, carpets, clocks and furniture from China, Nepal, Burma, Japan, India, Persia, Egypt, North America profoundly. Observing these ancient artifacts was a very knowledgeable experience as you get to see the best of all the world under one roof.

The food culture of Hyderabad is equally rich and elite, after a tiring day, we were looking for some special‘Hyderabadi biryani’ which is believed to be loaded with spices and cooked on a low flame for flavour enhancement. This indeed was the best biryani I had until now.After a fulfilling meal, we flocked onto our next destination that was Charminar. 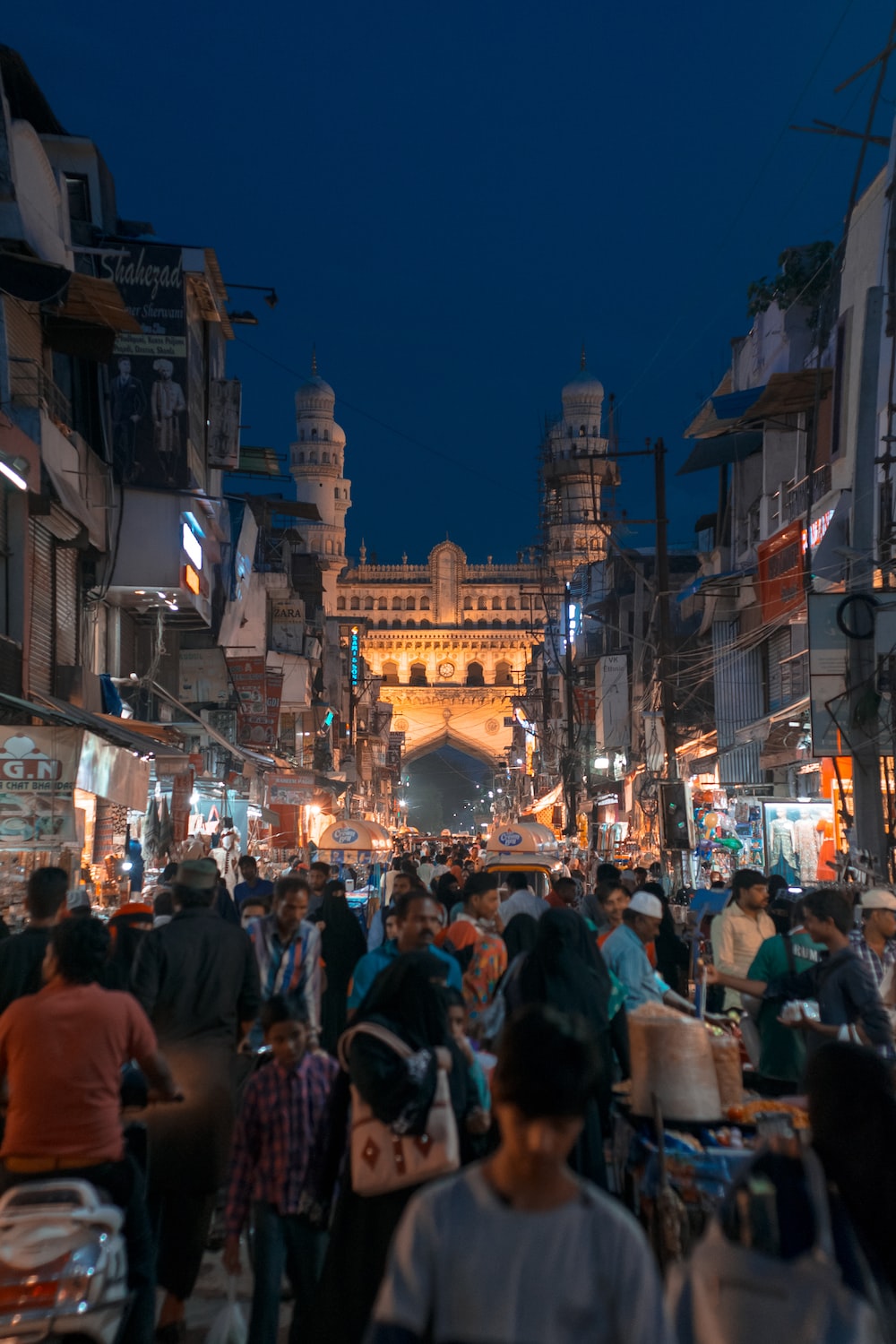 The landmark has globally been known as the symbol of Hyderabad. The history of Charminar includes the existence of a mosque on its top floor for more than 400 years, and its infrastructure is meticulously designed. One thing that was highly attractive to me was the market that surrounded the structure, especially the ‘Laad Bazaar’ which had numerous shops for bangles and ornaments. I really have a fondness towards bangles and perhaps the heaven of bangles was right in front of me, I bought all kinds of special bangles at a decent bargain.Any trip with friends is a journey full of memorable moments and loads of laughter and fun. I and my super gang were charged up for the following day to visit the Ramoji Film City, which indeed is a vast film studio and entertainment complex, trust me when I say vast, it has been recognised by the Guinness World Records as the largest studio complex in the world.

This indeed was the best experience for me and my gang as we enjoyed several adventurous activities. Not to mention, but the team at Ramoji welcomes you with a grand welcome with royal music at the background, dancing to the tune of famous Bollywood numbers. This landmark is divided into several sections – movie setup sites, gardens of

several kinds and food stalls. Basically, the whole place revolves around Bollywood and drama, several bus stations are located at designated places where tourists are expected to arrive on time to enjoy the next destination. Several shows like, how sound is produced in movies and a live show were a complete drama of a typical Bollywood theme was a thrilling experience.

Golconda Fort is a fortified citadel which was historically known for its diamond mines and was the next site for our exploration. This place is full of bats and spider webs, much like a horror movie setup! XD. However, when we were introduced to its rich trading practices, it sure left us amazed. The region has produced some of the world’s finest diamonds, including the colourless Koh-i-Noor. It is also famous for its magical acoustic system and is a must-visit for all the history maniacs out there! 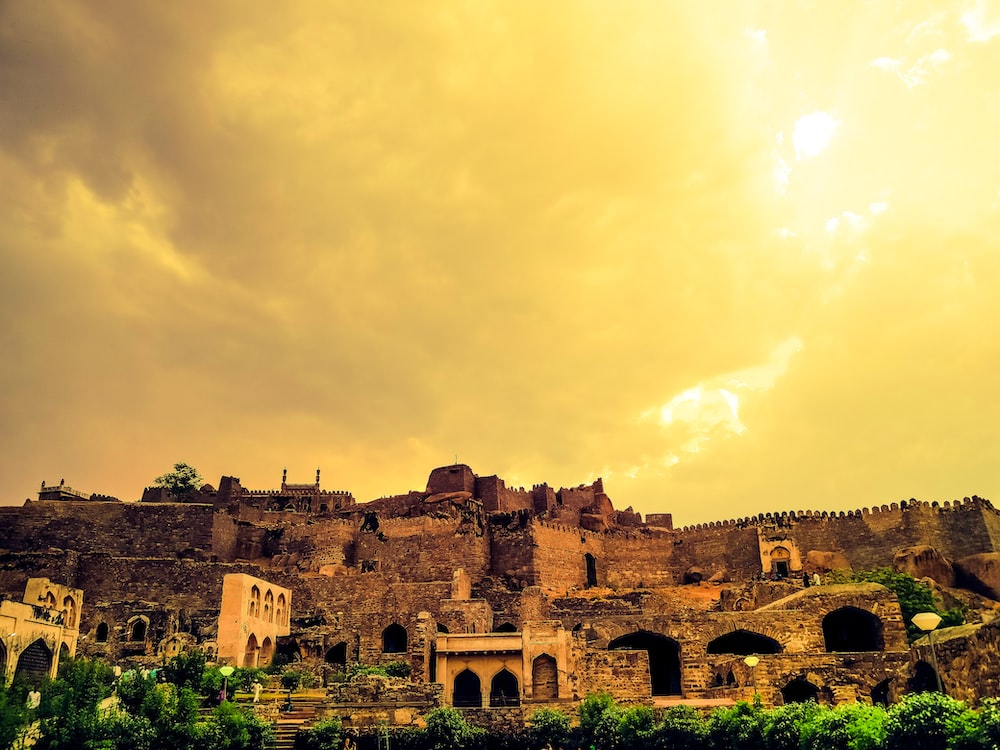 The last day in Hyderabad, we bought some famous ‘Osmania Biscuit’ which is popular as a tea snack and has a profound history of its origin from the Nizams and tastes heaven when clubbed with Irani chai and enjoyed the view at Hussain Sagar lake, which is a heart-shaped lake with a statue of Gautam Budhha erected in the middle of the lake. It was a pleasant experience watching the boats sail by and feeling the soothing breeze. Hyderabad has given pleasant memories and is a place I’d like to revisit to live those moments again. Its well said ‘You can pack for every occasion, but a good friend will always be the best thing you bring’. My friends made this trip even more memorable and exciting!