What happened after Mahabharata War? 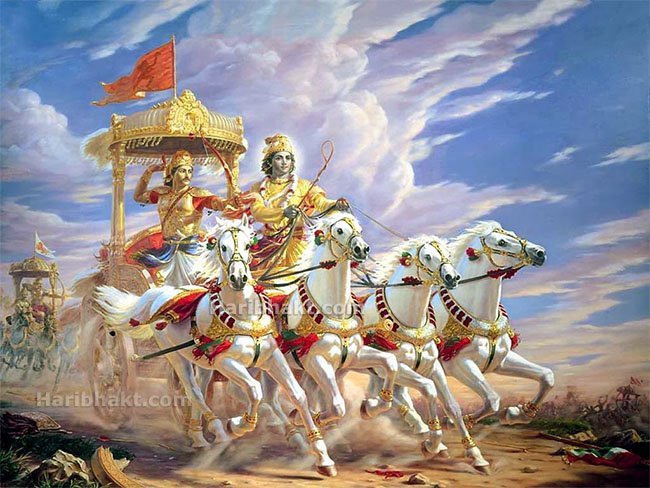 Hi, all of us have heard about Mahabharata a great war between Kauravas and Pandavas. But only few people know about what happened after war. In this article I will cover how Shri Krishna's dynasty got destroyed and how Pandavas went to heaven.

After 18 days of war Pandavas defeated Kauravas and Mother of Duryodhan- "Gandhari" cursed Shri Krishna that as if he wanted, then he could have been stopped the war but he did nothing so, she cursed him that his dynasty will be destroyed as same as her dynasty got. 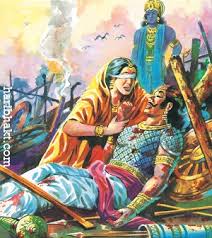 Pandavas ruled on Hastinapur for many years. Shri Krishna's sons approached great sages- Gautam Rishi and Vishwamitra, who were on visit to Dwarka (Shri Krishna's Kingdom). To mock and test the spiritual powers of sages they dressed "Sambh" (Son of Shri Krishna and Jambvanti) in form of a lady and asked sages that whether she will give birth to a girl or boy. Sages with their divine powers founded the truth and cursed these princes that she will give birth to Musala (a iron rod) which will destroy complete Yaduvansh. They all got scared and went to King Sursena who advised them to crush Musala and throw it in the sea (Arabian Sea). They did the same as advised but there was one small piece who wasn't destroyed and threw it in sea. The powder they threw in sea came back along shore and grew in form of grass as it was created by immense power of sages. That crass still can be used as a weapon. One night, all princes came to Prabhas Khetra (holy place situated) near that sea. When all were taking, a small verbal fight ensured between Yadav commanders Satyaki (fought along Pandavas) and Kritverma (fought along Kauravas) who accused each other for ill- tactics used in Mahabharat war. Then this verbal fight became war and Kritverma was killed by Satiki and Satiki was killed by Kritverma's supporters and then yadav dynasty got divided into 2 groups and started killing each other. When all their weapons got exhausted they used Musala(grass) to kill each other. After that Shri Krishna and Balram was forced to their own childrens as they were trying to kill both of them. Whole Yadav dynasty got destroyed and Balram left his body and went to "Ksheer Sagar" as Sheshnag. One day, Shri Krishna was resting under a tree and a hunter Jara who was Bali in Tretayug saw Krishna's feet and shoots arrow assuming its a deer. That arrow striked Krishna's feet and blood was flowing. Then Shri Krishna took his Vishnu roop and consoles Jara that this wasn't a mistake. It's just a curse he gave to Lord Rama in Tretayuga. Shri Krishna went to his abode destination- Ksheer Sagar. Before going, he asked Arjun to take all his queens to Hastinapur as Dwarka will be getting submerged into sea. 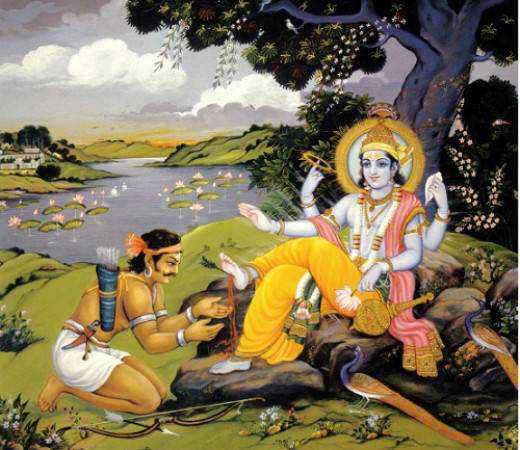 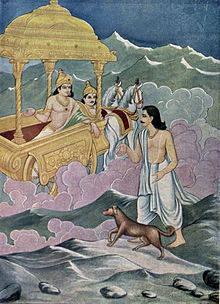