What is Euthanasia? Should it be legal in India? 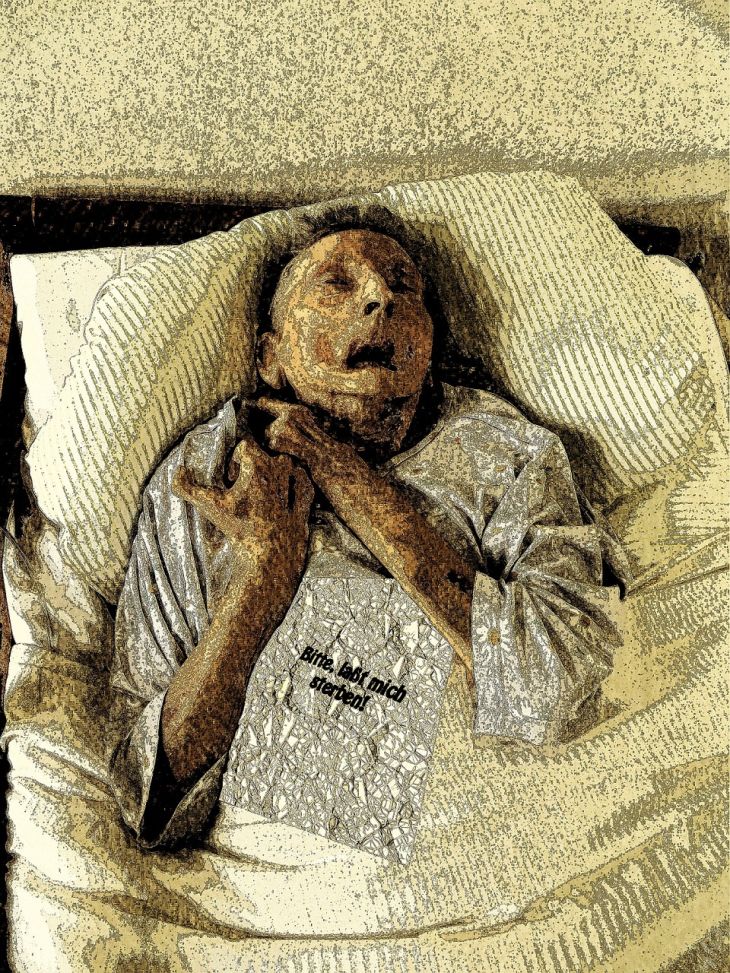 When the hope of recovering from the critical disease ends inside , life support no more matters and there is endless pain then euthanasia begins. First of all let us know what is euthanasia , It is a practice of killing somebody who is suffering from a non curable disease without giving pain only on the consent of the patient.

This concept is not old , It has been in practice for thousands of years in many countries such as in Greek history, Egyptian history and infact in Indian history. There are four know forms of Euthanasia

Passive euthanasia is when death is brought about by an omission - i.e. when someone lets the person die. This can be by withdrawing or withholding treatment:

Withdrawing treatment: for example, switching off a oxygen supply that is keeping a person alive, so that they die of their disease.

Withholding treatment: for example, not carrying out surgery that will extend life for a short time.

Voluntary euthanasia occurs when the patient asks for it , means the patient asking for help with dying ,asking for medical treatment to be stopped ,simply deciding to die and whatever the situation maybe.

When the person is not in a condition to make decision and is suffering from a severe disease, or its treatment is becoming the burden on family or the person is mentally disturbed in such a way that they should be protected from themselves then non - voluntarily euthanasia is given. Involuntarily euthanasia is a condition where the person wants to live but is killed anyway , some people may consider it as a murder , but in certain cases it is really not a murder for example -:

A person is seen at a top most floor window of a burning building. Their clothes are on fire and fire brigade has not yet arrived. The person is screaming for help. A passer by nearby realises that within seconds that person will suffer an agonising death from burns. He has a rifle with him and shoots the screaming person dead so this case is not of murder. Similar is the case with a four month old child suffering from rare multiple tumor or cancer or a ninty year old person in coma.

The case where a doctor gives drugs to a patient to relieve distressing symptoms even though he knows doing this may shorten the patient's life.

This is because the doctor is not aiming directly at killing the patient - the bad result of the patient's death is a side-effect of the good result of reducing the patient's pain. Since the primary intention is not to kill, this is seen by some people as morally acceptable but not everyone support this act.

It's a kind of euthanasia where the suicide is done with the help of another person , this suicide is usually assisted by the physician , when the person proves that he deserve such suicide, physician's assistance is usually limited to writing a prescription for a lethal dose of drugs. Means the person who want to die is given drugs that will help him die.

Now should it be legal in India ?

But according to me Euthanasia should be legal in India except Assisted suicide and indirect euthanasia because these will encourage illegal supply of harmful drugs. Infact involuntary euthanasia should also be restricted because no stranger has the right to kill somebody without the suffering person's consent or his family member's consent.

I am in favor of this statement because everyone who thinks that he is becoming a burden on his family members due to his illness or he cannot afford such expensive treatment , then he can ask for his right to death legally if he wishes and decided to die.

Many people do not want it to be legalised because they say that if the disease can be cured or patient's life can be extended then why let him die. They agree to that its obvious that patient may feel uncomfortable and unlimited pain but ultimately he will survive. But they forget to mention that if in patient's family there is no one financially strong then how he will afford such expensive treatments. Some people also say that it is morally wrong, and  believe that life is given by God, and only God should decide when to end it.

Some fear that if euthanasia was made legal, the laws regulating it would be abused, and people would be killed who didn't really want to die.

But everyone knows whether it is legal or illegal it will still be in practice because there is high demand for it.