WHAT IS THE REAL STORY OF THE ARCHAELOGICAL SITE OF POMPEII, ITALY 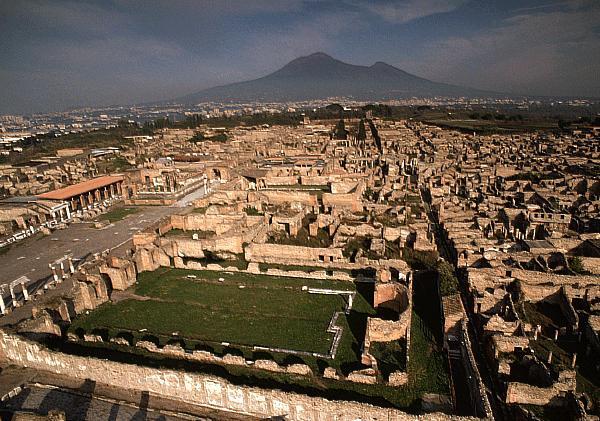 WELCOME BACK MY DEAR READERS

Pompeii, is a preserved ancient Roman city in Campania, Italy, 14 miles (23 km) southeast of Naples, at the southeastern base of Mount Vesuvius. Around noon on August 24, 79 CE, a huge eruption from Mount Vesuvius showered volcanic debris over the city of Pompeii, followed the next day by clouds of blisteringly hot gases. Buildings were destroyed, the population was crushed or asphyxiated, and the city was buried beneath a blanket of ash and pumice. For many centuries Pompeii slept beneath its pall of ash, which perfectly preserved the remains. When these were finally unearthed, in the 1700s, the world was astonished at the discovery of a sophisticated Greco-Roman city frozen in time. Grand public buildings included an impressive forum and an amphitheatre; lavish villas and all kinds of houses, dating back to the 4th century BCE, were also uncovered. Inside were some preserved remains of people sheltering from the eruption; others lay buried as they fled; bakeries were found with loaves still in the ovens. The buildings and their contents revealed day-to-day life in the ancient world—and stirred 18th-century interest in all things classical.

Pompeii was built on a spur formed by a prehistoric lava flow to the north of the mouth of the Sarnus (modern Sarno) River. Herculaneum, Stabiae, Torre Annunziata, and other communities were destroyed along with Pompeii. Pompeii, Herculaneum, and Torre Annunziata were collectively designated a UNESCO World Heritage site in 1997.

Pompeii supported between 10,000 and 20,000 inhabitants at the time of its destruction.

The site of Pompeii has allowed the world today to understand the ancient Roman life and the impact the eruption had on Pompeii. pompeii was so quickly buried that it left the objects found preserved. Most of the artwork and shrines found gave an insight to the Roman daily life and their religion, rituals and beliefs

It seems certain that Pompeii, Herculaneum, and nearby towns were first settled by Oscan-speaking descendants of the Neolithic inhabitants of Campania. Archaeological evidence indicates that the Oscan village of Pompeii, strategically located near the mouth of the Sarnus River, soon came under the influence of the cultured Greeks who had settled across the bay in the 8th century BCE. Greek influence was challenged, however, when the Etruscans came into Campania in the 7th century. The Etruscans’ influence remained strong until their sea power was destroyed by King Hieron I of Syracuse in a naval battle off Cumae in 474 BCE. A second period of Greek hegemony followed. Then, toward the end of the 5th century, the warlike Samnites, an Italic tribe, conquered Campania, and Pompeii.