Why is the art museum of the Louvre in Paris so famous? What lies behind the scenes? 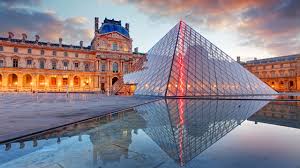 Does Paris even need any introduction? It’s synonymous to food, culture, fashion, and architecture rarely disappointing  those who visit. Despite being the dream destination for millions of people each year, the French

capital still has plenty hidden secrets to offer including  one of the world's most iconic museums, the Musée du Louvre, located on the Right Bank. A fortress first, a palace next, and then a museum the Louvre has a history of over nine

centuries. It has survived hundreds of battles, two world wars, many famines and floods. Through its art displays, it gives a glimpse into the beginning of the civilization to the Middle Ages and beyond. After its first structural construction was completed in 1190, the architecture of Louvre was developed gradually according to the times. Today, the 6,50,000 square feet museum has more than 20,000 visitors a day.

So what makes it so special and fascinating?

Its construction began in the mid 1500s, but only part of the building was completed. Every subsequent French king adding various architectural styles to its structure. It took 200 years for the entire building to become a museum. The Louvre’s painting collection is one of the richest in the world, representing all periods of European art. The department of decorative arts displays the treasures of the French kings, the department of Egyptian antiquities organize the collections acquired during Napoleon’s Egyptian campaign. The Mona Lisa may be the Louvre’s most famous painting, but many people don’t realize that the museum’s largest painting is actually in the same room, the  Wedding Feast at Cana by Venetian Renaissance master Veronese.

As the largest museum in the world, it should come as no surprise that the Louvre has had its fair share of

scandals, controversies and is often shrouded in mystery. This monumental museum contains many secrets inside its hallowed halls, just waiting to be discovered, the kind of Louvre facts and secrets  you won’t find anywhere! 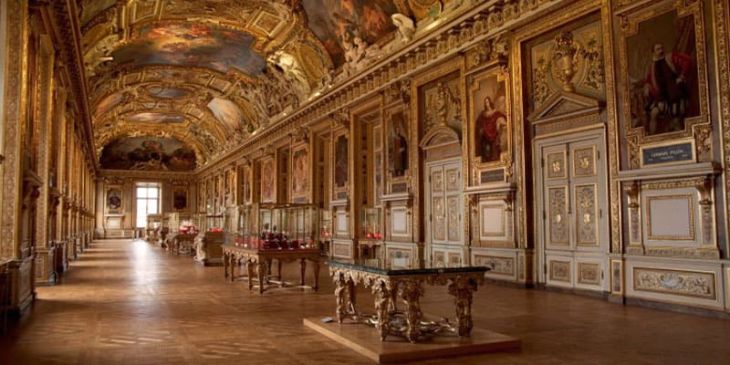 Urban legend suggests that the main Pyramid in the central Louvre courtyard contains 666 panes of glass which is considered as the sign of devil.

2. The Mona Lisa is not the original Mona Lisa

The Mona Lisa is arguably the most important piece of artwork in the Louvre, known as ‘La Jaconde’ in French is probably Leonardo da Vinci’s most famous painting. But did you know that the Mona Lisa in the Louvre may well be a copy of the original Mona Lisa?

3. The Mona Lisa was once Stolen

Here’s a little fact for you, once upon a time the Mona Lisa was stolen. The theft wasn’t discovered until a day or two later. And this is why the Leonardo da Vinci masterpiece is the most famous of all da Vinci’s works!

4. Mary Magdalene is buried under the Louvre

In the Da Vinci Code, Brown alleges that the remains of Mary Magdalene are located under the Louvre, right under the ‘inverted pyramid’ which can be found in the Louvre’s underground shopping center.

5. The Louvre was once an actual palace commissioned by a Medici

The Medici family made the famous museum as their temporary palace, the ruins of which can still be visited in the basement of the Louvre Museum.

6. The Louvre was used as a storehouse during the Nazi Occupation of Paris

As the Nazis advanced on Paris during the Second World War, many of the museum’s staff hid important paintings in safe places so that they would not fall into the hands of the Nazis.

7.  It’s impossible to see all the items the Louvre houses within the span of a human lifetime!

If you looked at every item in the Louvre for just thirty seconds, it would take over a hundred years. This is if you didn’t take any breaks to sleep, eat, or leave the museum! Well this fact made me more sad than surprised!

Under the reign of Napoleon Bonaparte, the Louvre was renamed after him. During this period, the Mona Lisa was removed and hung in Napoleon’s personal apartments in his bedroom, in fact. 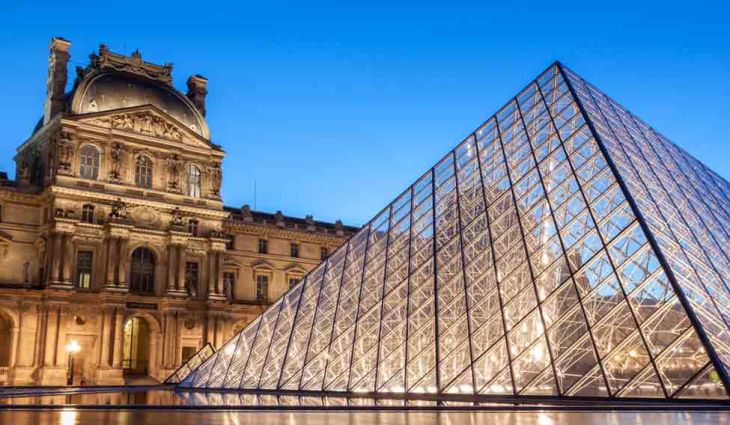 How to visit the Louvre Museum?

Close to the world-famous Rue de Rivoli and in the very heart of the city, not far from the River Seine, the Louvre Museum, or Musée de Louvre as it is so-called in French is an absolute must for any first time visitor to the city.